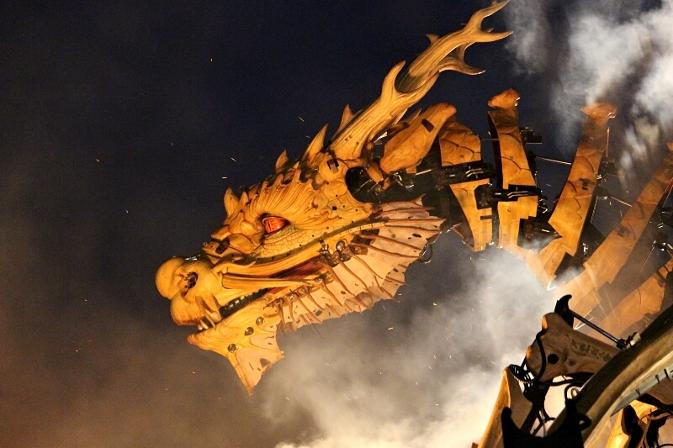 1980s Movie Dragons That Daenerys Targaryen Would LOve to Own

Forget Game of Thrones — the movies from the 1980s had some of the most original and captivating dragons ever created. In the eighties, fantasy was setting the world’s imaginations on fire. There was a massive obsession with Dungeon and Dragons, which sparked an enormous media frenzy, as it was considered to be causing violent behaviour in teenagers. The psychiatrists must have been having a field day and dragons were to blame. However, the movies portrayed some amazing dragons that were evil, beautiful, ethereal and downright weird. They came animated, as puppets and utilising some incredible stop-motion technology. A classic decade, with classic dragons.

The 1981 movie Dragonslayer had one of the best named dragons in the entire history of dragons: Vermithrax Pejorative. That one certainly didn’t come from combining your mother’s maiden name and the colour of your pants. Vermithrax had food intolerances — he couldn’t stomach anything that wasn’t a sacrificial virgin. These were provided courtesy of an immoral king, played by none other than General Palpatine, Ian McDiarmid. Vermithrax is basically Satan but in dragon form, full of wrath and hellfire.

The technology that built this immense beast was revolutionary at the time. First Vermithrax was drawn using a special animation technique called go motion. He was then constructed using a complex hydraulics system and stood at an impressive, 40 ft. tall. The animation and models earned the movie an Academy Award nomination. This was certainly one dragon that was never going to be tamed. Dragonslayer was a pretty violent movie for it’s PG rating, and definitely one to add to your 1980s watchlist.

The Flight of Dragons was made by the same team that produced The Last Unicorn. It is an animation masterclass that had some of the best drawn dragons of the time. If you are inspired by fantasy art, then this movie is a must. You can learn how to draw the unique shapes of these giant sky lizards so that they look like they can truly fly. A dragon has to be perfectly in proportion to look believable. The dragons Bryagh and Gorbash are the most awesome sidekicks that a wizard could ever want. Especially if those wizards are voiced by James Earl Jones and M*A*S*H legend, Harry Morgan. The Flight of Dragons is a great Sunday afternoon movie to watch with the family and will definitely inspire you to pick up your pens and get drawing.

We can’t talk about the 1980s without raving about The Neverending Story. This classic movie features one of the rare good dragons - Falcor. Falcor is an incredibly rare luckdragon — his name is derived from the Japanese word Fuchur (福竜/福龍), meaning Good Luck Dragon. He is wise, caring, empathetic and supportive, acting as both a companion and mentor to Bastian, a boy on a very great mission. Falcor is very much like a Chinese dragon in shape and proportion, however he has softer pink fur that seems to float in the wind. First hundreds of illustrations were made to create the Falcor design. Then there were two models made for the movie — the frames were constructed from aircraft steel and then covered with 10,000 handmade scales. Another design triumph for the Jim Henson Creature Shop.

The 1980s was a decade where filmmakers weren’t restricted by their imagination. If you wanted to create an immense and epic dragon, then all you had to do with get your pens out and design - no dragon eggs involved.