BEST-SELLING SINGLES FROM EACH YEAR OF THE 1980S

Here we have the definitive list of the top-selling single for each year of the 80s in the UK. This list is based purely on sales, and not on my own personal choice.

The lead single from Zenyatta Mondatta featured controversial lyrics (penned by Sting) about a schoolgirl's crush on her teacher which leads to an affair. Sting was heavily influenced by the novel Lolita, as well as his own experience as a teacher dealing with 15 year old girls who fancied him. The single won a Grammy for Best Rock Performance by a Duo or Group with Vocal. The single was released on September 19th 1980 in the UK, but wasn't released until January 1981 in the U.S. 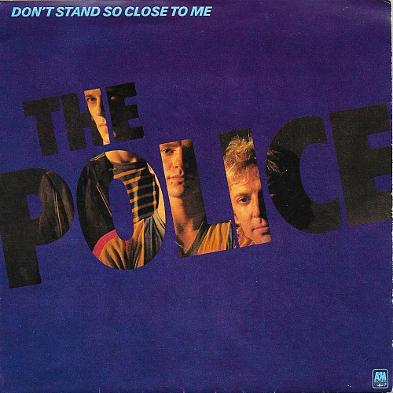 More songs by The Police

The synthpop duo's signature tune topped the charts in 17 countries, including the UK. In the U.S., the single reached #8. Vocalist Marc Almond and Keyboardist David Ball first met at Leeds Polytechnic in 1977. Ball borrowed £2000 of his mother to record their first EP Mutant Moments using a basic 2-track recorder. The original version of Tainted Love was originally released by the R&B and Northern Soul artist Gloria Jones in 1964.

Released on 25th June 1982, this was the second chart-topper by the band, the previous one being Geno in 1980. The band was founded in 1978 in Birmingham and were actually named after a recreational drug called Dexedrine. "Midnight Runners" refers to being given the energy to dance after midnight by the drug.

Read more about Come On Eileen

The band's best-know hit spent three weeks at No.1 in the UK. The lyrics are about being singled out for standing up for something you believe in and being true to yourself. If you try and be "all things to all people" and not your true self, then you will receive bad Karma in return. Without going into too much detail, I am actually a strong believer in Karma, as I have seen it unfold so many times when people have done wrong - it will always pay you back in the end.

The message was to "feed the world" and this charity single became not just the biggest hit of the year, but also the biggest-selling single of the entire 1980s. The video features a whole host of 80s pop stars who gave their free time to sing on the record, including Boy George, Paul Young, George Michael, Sting, Simon Le Bon and Tony Hadley, to name but a few.
A second version was released in 1989, which was penned by Stock, Aitken and Waterman, although it didn't have quite the same impact, becoming the 9th best-selling single of that year.

We all love an 80's power ballad, and this was the biggest of the decade. Sadly,the singer couldn't replicate her success with furhter singles, and this was her only single to enter the UK top 10. The song sold over a million copies and remains a popular choice for new artists to cover.

The Communards version of a disco classic spent four weeks at No.1 in the UK from Sept 7th 1986. Featuring Sarah Jane Morris as guest vocalist, the song also topped the Billboard Dance Chart in the U.S. The single was knocked off the top spot by Madonna's True Blue.

Rick Astley's signature tune has been viewed by just about everyone on Youtube, and in many cases from being rick-rolled from a hyperlink by pranksters. Apprarantly, he isn't bothered by it, and says he find it's "funny and bizarre". The video shows Astley in several outfits including a vertically striped T-shirt with a blazer and chinos, and a long raincoat covering a black polo neck jumper. Oh, and there are plenty of rather awkward dance moves, too!

This festive tune is very much like marmite - you either love or hate it. The lyrics and the accompanying waving of arms are rather cheesy, but it's a tune that sticks in the head and remains a firm favourite on the playlists of supermarkets across the UK - whether you like it or not! The song came at a time when many people were blocking off their chimneys in favour and gas and electric heating. Putting logs on the fire was not something I could relate to in 1988 - maybe in 1978! 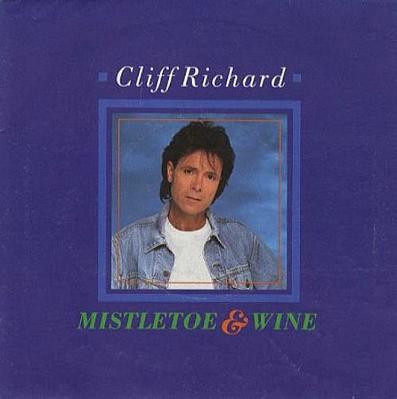 More about Mistletoe and Wine

As with Milli Vanilli, this Italian House track caused some controversy when it came to light that the lady in the video and on the cover of the single, Katrin Quinol, was actually a model, and didn't sing a note on the song. She also lip-synced to a backing track on "live" performances. The original version featured samples of Loleatta Holloway's voice. This was replaced with a re-recorded version featuring Heather Small on vocals, although she was never credited.

More about Ride On Time

Top Songs from the 80s To Play On Your Guitar