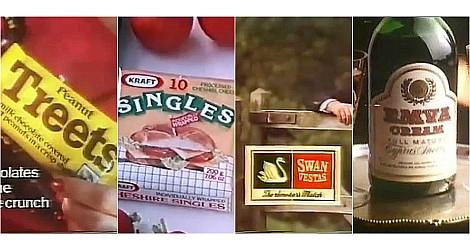 Something that most people over a certain age agree with, is the fact that TV adverts were far more enjoyable to watch back in the 80s. Personally, I find many of today's adverts overblown and pretentious. The John Lewis 2017 Christmas ad is one such example. It doesn't make me want to walk into their store and buy anything, and it doesn't tell me anything about the store. What is striking about the old adverts is that the products are the main feature, and you know exactly what is being advertised.
There are two video compilations of ads on this page, one above and one at the bottom - enjoy!
I have captured some stills from the ads and posted them below. What you will notice is that the products are king and there is no denying what is being advertised. Many of these items and companies are still going strong, and maybe that's because they have a strong and clear identity. 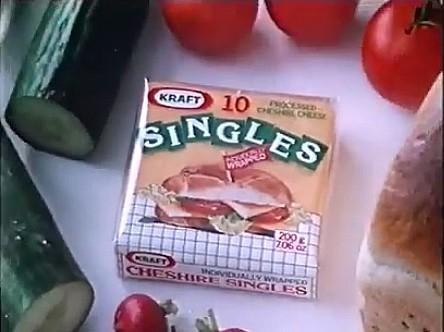 Kraft Cheese Singles. Well, I hate this stuff and we used to call this rubber cheese back in the day. You can still buy similar products in the supermarket, although this brand is no longer available in the UK, but it's still being sold in the U.S. The rubbery processed cheese squares are still used by the big burger chains. 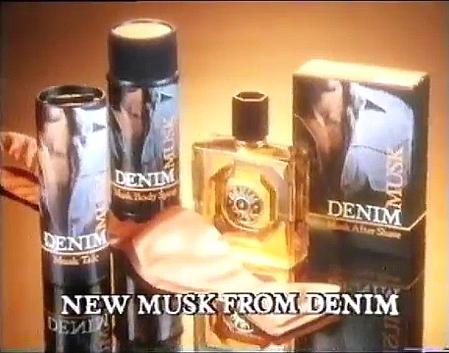 Denim Musk. Yes, it can still be bought today, although it now looks green. Faberge launched the original Denim in 1976 as a rival to Brut. There has been a resurgence in the popularity of retro aftershaves in recent years, and even Hai Karate has been relaunched! 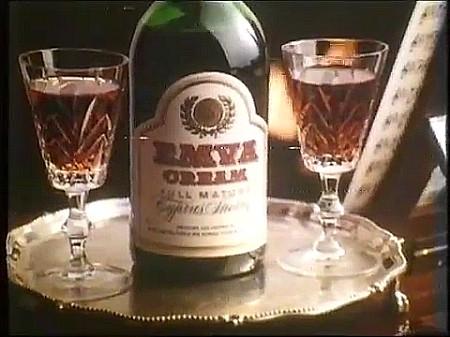 You can still buy Enva Cream, although the artwork now looks very different. This was advertised by Hinge & Bracket - remember them? 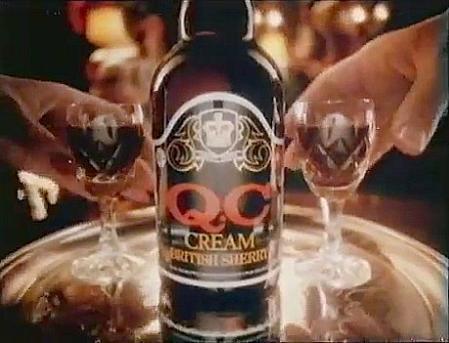 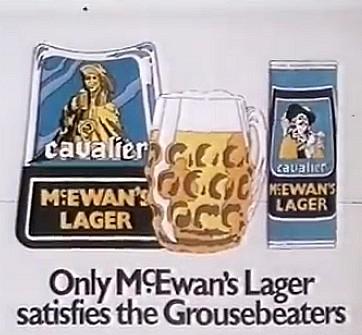 Since the 1930s, McEwan's Lager used a cavalier mascot based on the Laughing Cavalier painting by Frans Hals. McEwan's sponsored many football teams during the 1980s and 90s, including Carlisle United,  Darlington, Rangers and Blackburn Rovers. The McEwan brand is still going, although it was sold to Wells and Young's in 2011, and then sold again to Marston's in 2017. The Fountain brewery bottling plant in Fountainbridge, Scotland, closed in 2005 due to high production costs with the loss of 170 jobs. 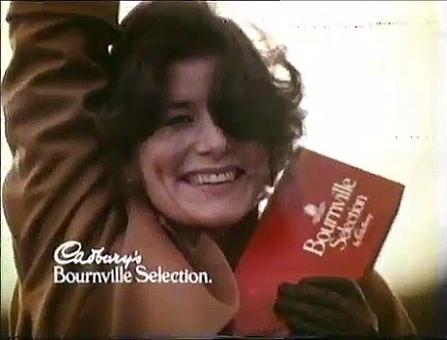 Cadbury's Bournville Selection. Sadly, no longer available and my Mum used to adore these. 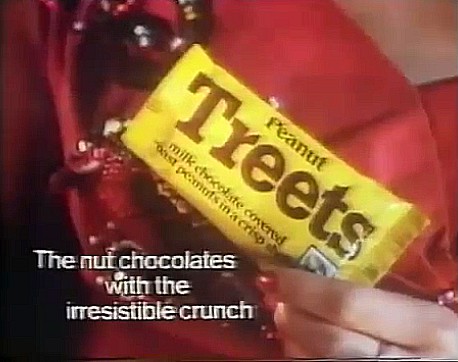 Peanut Treets "The nut chocolates with the irresistible crunch". Mars made three different Treets flavours. Peanut (yellow packet), Toffee (blue packet) and Chocolate (brown packet). The brand was discontinued in 1988. Mars relaunched Peanut Treets in 2009 (for a short period) to cash in on the growing trend for retro sweets and chocolates. 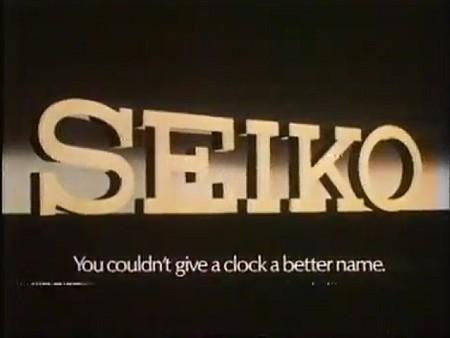 Seiko "You couldn't give a clock a better name" slogan 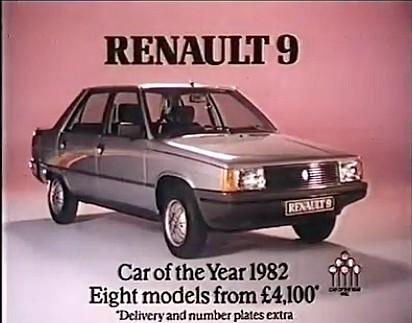 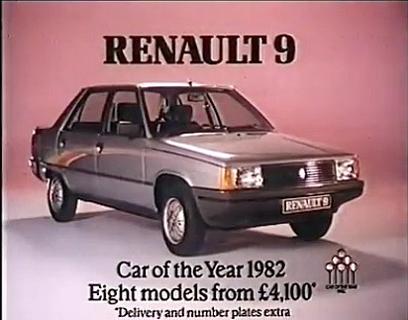 This Renault 9 ad makes it very clear what you are buying, with the price and MPG. The Renault 9 was built between 1981 and 1988 and had three facelifts during this time. 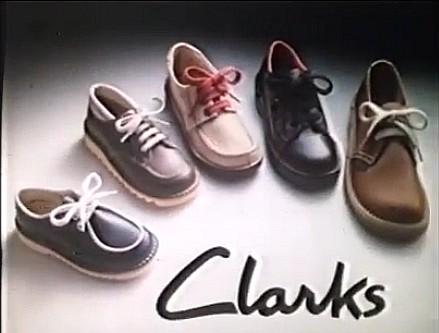 Clarks children's shoes ad. I remember that the brand was always associated with quality and my parents always ensured I had Clarks shoes if they could afford them. 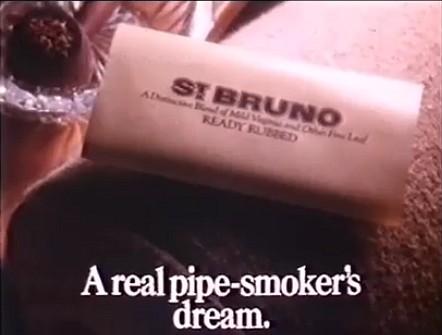 Adverts for tobacco are banned today, of course, but this was perfectly legal back in 1982. Smoking a pipe was a popular pastime back then, and it became associated with flat cap wearing Volvo drivers by comedians. My grandad smoked a pipe and wore a flat cap, although he never owned a Volvo as he never learned to drive! 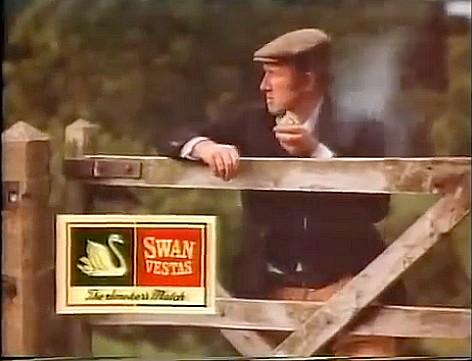 Well, there was always a box of either Swan Vestas or England's Glory matches lying around in our household. You can see this ad further down the page which featured people on a train shaking their matchboxes in time to the sound of the train - I remember it well! Although advertised as "The smoker's match", many of us relied upon matches to light our coal fires to warm the living room. Do you remember safety matches? My Dad was always effing and blinding while trying to get the darn things to light! 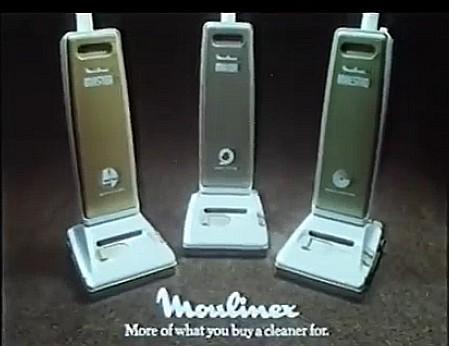 Moulinex Vacuum Cleaners "More of what you buy a cleaner for". One thing is certain. Electrical good lasted a lot longer back in the early 80s. Every vacuum cleaner I buy these days starts falling to bits within a year, although I refuse to be part of the wasteful throw away culture we have these days. It's not hard to stick everything back together with strong tape, rather than buy a new one! 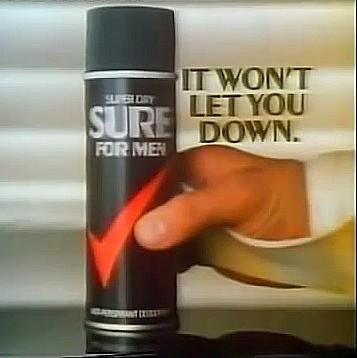 Super Dry Sure For Men "It Won't Let You Down". This product is still very much available, although the can design is very different these days. 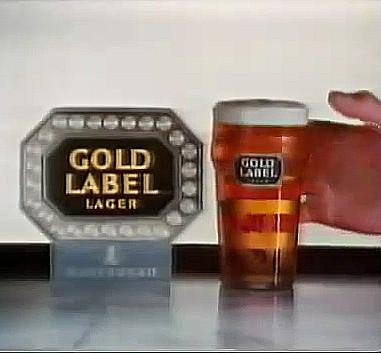 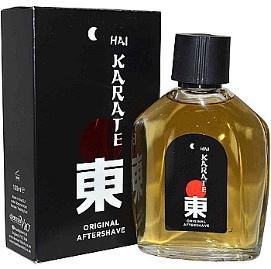