As a child in the 70s and 80s, each year I eagerly looked forward to receiving an annual or two as a Christmas present. I actually gained far more long-term enjoyment from reading an annual than from expensive electronic toys, and would find myself digging them out of the cupboard from time to time to read them again for many years afterwards.

These annuals aren't in any particular order and I will, no doubt, be coming back to this page occasionally to add more of them. 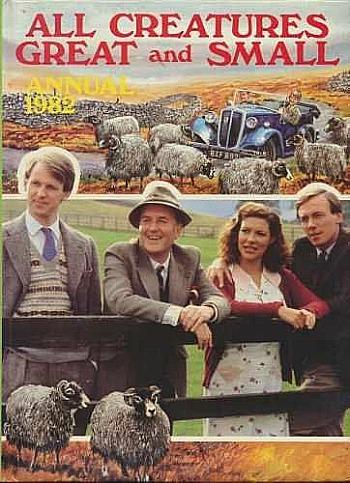 All Creatures Great and Small Annual 1982
I have fond memories of curling up on the settee on a cold and wet Sunday evening to watch this heartwarming BBC TV series with Mum and Dad. The first series aired in 1978 and it quickly became a highly popular drama, running for seven series in total. The boyish Tristan (Siegfried's younger brother played by Peter Davison) was my favourite character and provided much amusement with his irritating habits such as sleeping in, popping out to the Drovers Arms for a crafty pint (or three) and failing his exams! 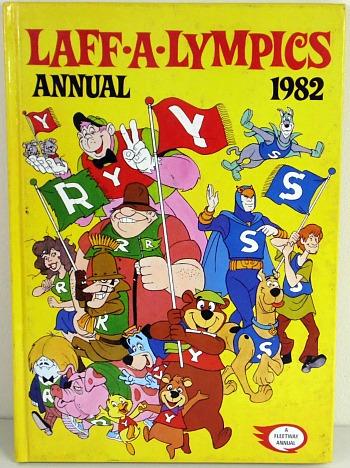 Laff-A-Lympics Annual 1982
This Hanna-Barbera cartoon series aired in the late 1970s and included no less than 45 cartoon characters that were organised into teams. These included The Scooby Doobies, The Yogi Yahooeys and The Really Rottens. The excitement came from seeing just so many big cartoon characters in each episode. This particular British annual was published by IPC (Fleetway division), but another annual was also published in 1982 by Kerrytoonz with a totally different cover. 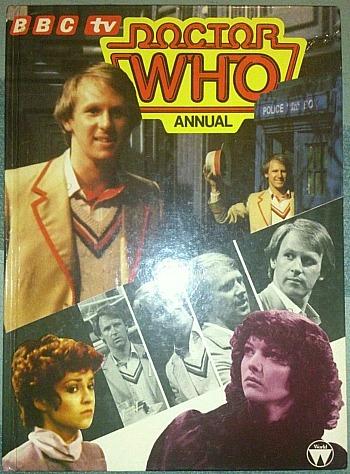 Doctor Who Annual 1982
Peter Davison was a busy boy during the 1980s, and as well as playing Tristan in All Creatures Great and Small he also played the fifth Doctor in Doctor Who from 1981 to 1984. The BBC TV hardback annual was priced at £2.50 and included seven stories and twelve features. 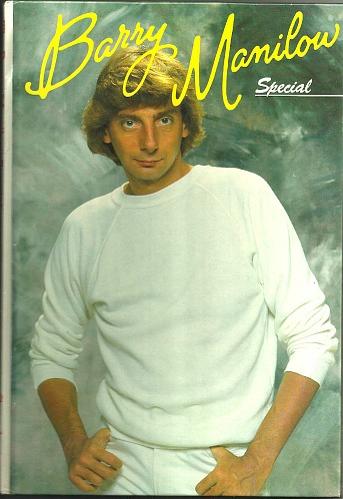 Barry Manilow Special 1982
There was a time when this guy was a sex symbol, although I could never see the attraction myself! Priced at £2.50 this book (featuring Manilow dressed all in Daz white on the cover) was packed with both colour and black and white photos of the pop star who achieved success with dozens of hit singles and albums during the 1970s and 80s. 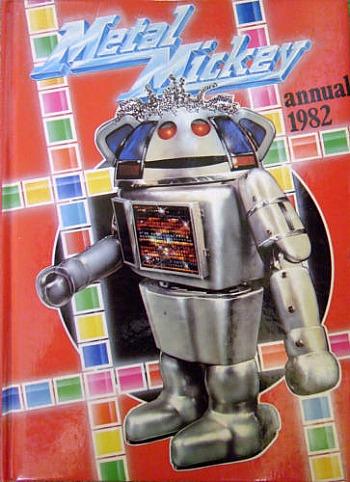 Metal Mickey Annual 1982
Filled with comic strips, pictures, quizzes and puzzles, this book would have been included in the stocking of a good many kids during this year. Mickey was based on a 1950s robot toy (thankfully he was friendly!) and the LWT TV series aired from 1980 until 1983 on ITV. Films such as Star Wars and E.T. and the TV series Buck Rogers in the 25th Century helped to popularise Sci-fi and this comedy series became very popular Saturday tea time viewing here in the UK. 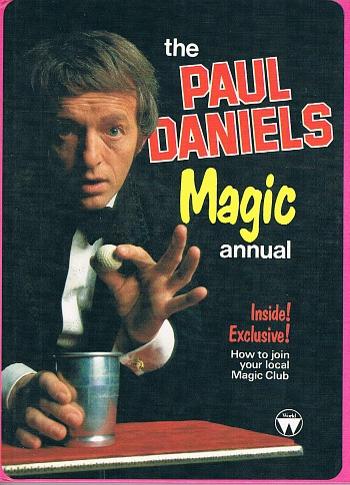 The Paul Daniels Magic Annual 1982
"You'll like this...not a lot, but you'll like it!". Yes, if you didn't receive Mr. Daniels magic set as a present then chances are you may have received this annual. It was published by World International Publishing in Manchester during a time when TV magic shows were a popular form of entertainment. Paul Daniels was so popular that he also hosted several BBC game shows in the 80s including Odd One Out and Every Second Counts. 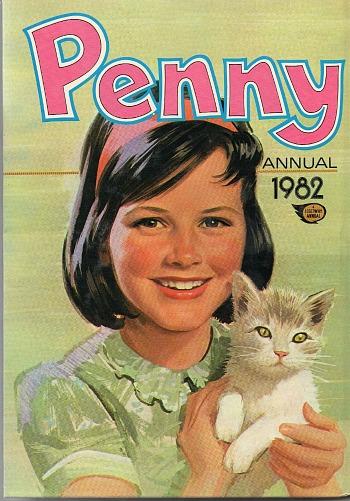 Penny Annual 1982
Annuals for girls were two-a-penny (forgive the pun) back in the 80s and this one was yet another publication by IPC's Fleetway division. The annual featured lots of stories and comic strips as well as special features inc. "When I Grow Up". 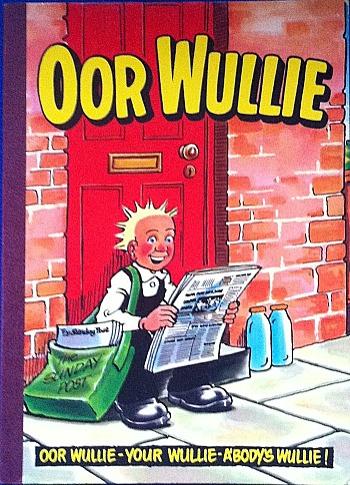 Oor Wullie Annual 1982
Translated as "Our Willie" in English, this Scottish comic strip is still published in The Sunday Post which is published by D.C. Thompson. Wullie always wears dungarees and has a fine head of blonde, spiky hair along with a ruddy complexion. The annual is published alternately with The Broons annual and, therefore, is published every two years. 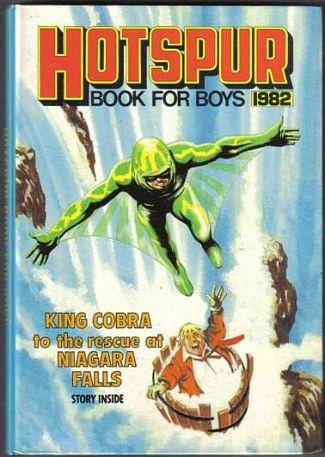 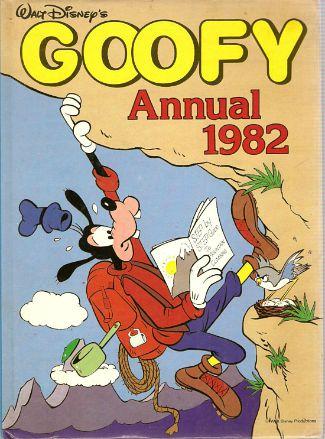 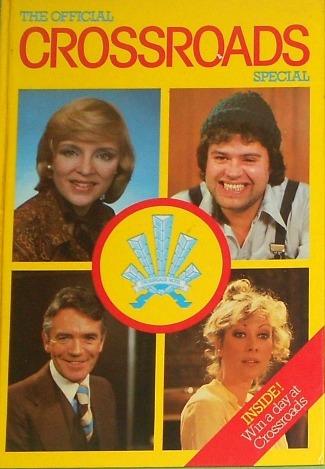 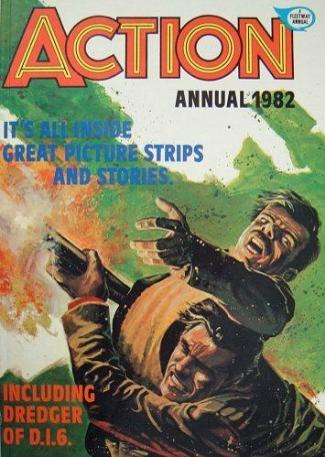 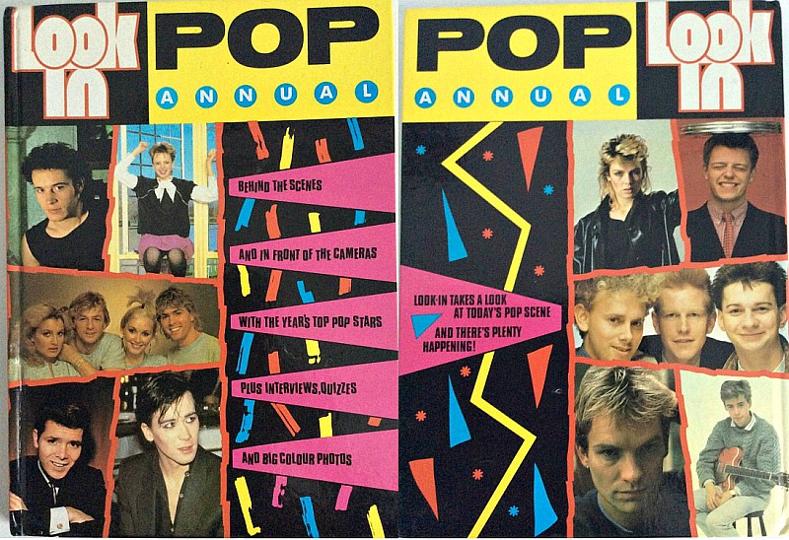 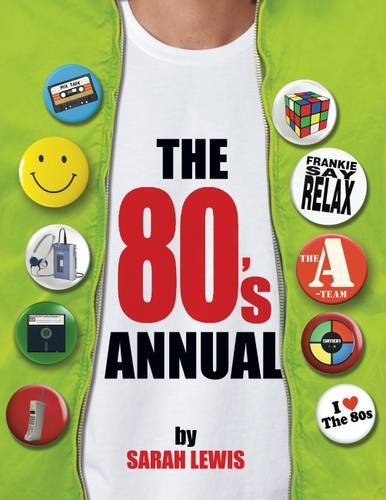