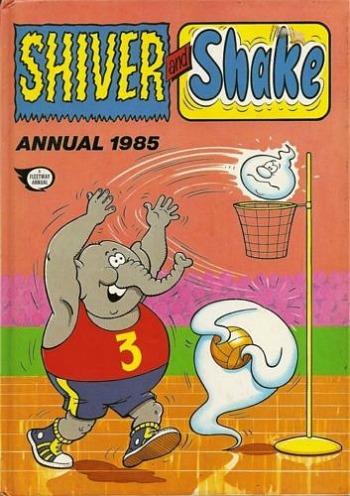 These annuals were published by the Fleetway division of IPC Magazines Ltd in the UK between 1974 and 1986. They were based on the comic strip that appeared in Whoopee! magazine. However, Shiver and Shake had their own comic from 10th March 1973 to 5th October 1974 before merging with Whoopee!, a comic that I read frequently back in the 1970s.

The comic was in two parts with Shiver featuring cleverly-titled comic strips with a horror theme such as Creepy Car, Ghouldilocks and Horrornation Street. Shake was more comical with strips including Blunder Puss (who I remember was an an accident prone cat), Moana Lisa and Sample Simon. Shiver the ghost and Shake the Elephant each had their own comic strips, too, and they were definitely amongst my favourite comic book characters. 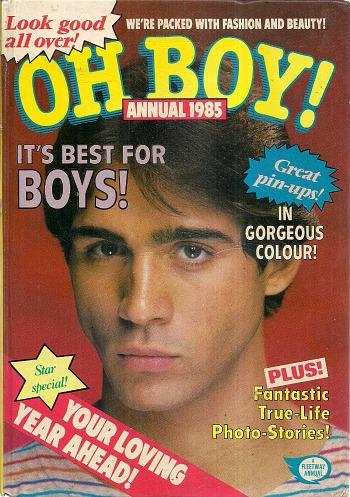 This annual was, quite obviously, aimed at teenage girls and featured true-life photo stories - these were very popular in teen girl magazines back in the day - along with a generous dose of beauty and fashion articles and pop star pin-ups.

Publsihed by IPC's Fleetway division, the annuals were published from 1978 to 1985 and always featured a dishy young lad on the front cover. The exception was the very first edition which featured a teenage girl being kissed by two fellas. The 1985 annual above was the last to be published. 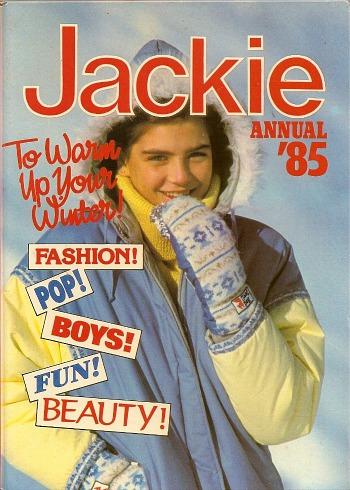 There were a lot of similarities between Jackie and Oh Boy! with features including exactly what the front cover suggests, fashion, pop, boys, fun and beauty. One of the most popular sections was the "Catchy and Claire" problem page which became rather controversial for its sex-related subject matter). 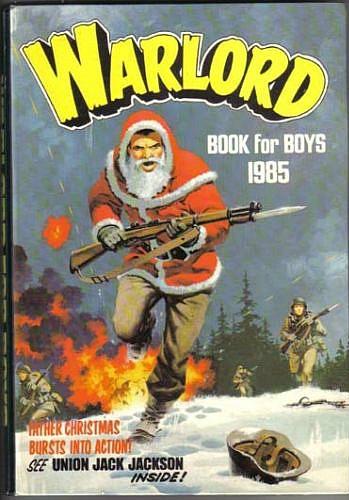 Produced by the publisher of the Jackie annual above, the subject matter and target audience couldn't be more different. The weekly comic featured wartime adventure stories (mainly set in World War II) and was published from 1974 to 1986 (627 issues) before becoming part of Victor. At the end of 1978, the Bullet comic became part of Warlord.

The heroes in the storues were usually part of the Allied forces (British and American), although some strips such as Iron Annie featured a heroic German character, although they were never shown to kill anyone in the Allied forces - the German and Japanese forces were often shown in a negative light. After its merger with Bullet, there were less stories about World War II with more emphasis on action-based spy stories. 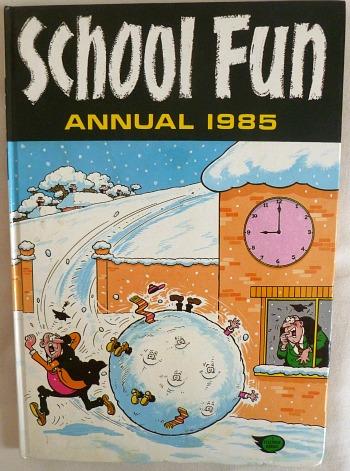 Now, you may not remember this particular annual because it was only published for one year. However, if you happen to own one then you have something quite rare, so if its in a decent condition then you may want to hold onto it.

The comic it was based on was also short-lived, running for just 33 issues before being incorporated into Buster. Published by IPC Magazines Ltd., the comic strips were school-based and included one entitled School Belle which was about a troublesome school girl. It has been impossible to find any more info, but I will add more should I ever come across any. 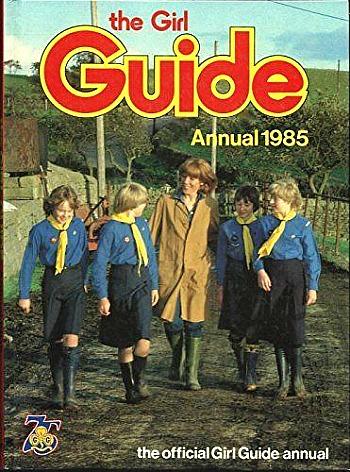 The Official Girl Guide Annual 1985
Girlguiding is a charitable organisation that was founded in 1910 by Robert and Agnes Baden-Powell. The annual was the ideal gift for a girl guide and the first edition I have been able to find was from 1958. Among the articles in the 1985 edition, were a Black Beauty story, details of guiding around the world, suggestions for finger food at a buffet party, winning photos from the 1983 annual competition, a fashion quiz and what they wore at Wimbledon. 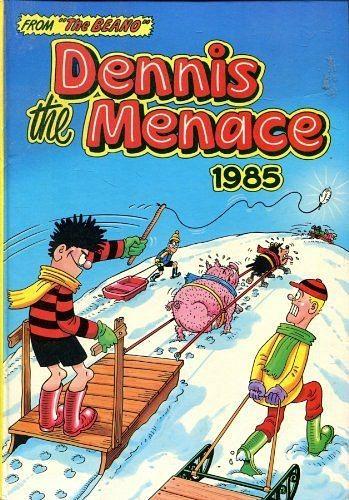 Dennis the Menace Annual 1985
With his black spiky hair and red and black striped top, Dennis the Menace quickly became one of the most infamous comic book characters, after first appearing in a comic strip in The Beano on March 7th 1951.

However, that stripy top wasn't seen until May 1951, after his granny knitted it for him - sweet. The first annual was published in 1955 and was published bi-annually until 1987, when it was decided to publish it every year. The annual was retitled Dennis the Menace and Gnasher for some, but not all of the annuals after 1988.

In 2010 the title was simplified to The Dennis and Gnasher Annual to tie in with the CBBC cartoon series. The first TV series aired on BBC1 in April 1996. 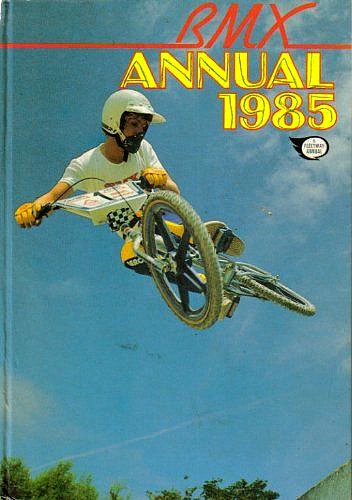 BMX bikes were all the rage around this time in the 80s, and Fleetway were quick to cash in on the craze with this annual. I have no other info about this one at this time. 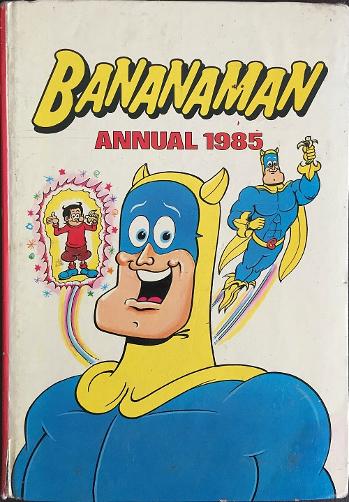