1987 was a pretty exceptional year for top quality No.1 hits, and after compiling this list, I was struck by the wide variety of genres covered, including jack house, synthpop, 60s soul, latin pop, 80s power ballads and more. Our video playlist features the top songs of 1987 (every number one) - please enjoy!

The year started with a 1950s classic at No.1. “Reet Petite (The Sweetest Girl in Town)” by Jackie Wilson was originally a No.6 hit in 1957. A reissue featuring an iconic clay animation video topped the UK singles chart for six weeks, some 3 years after Wilson’s death.

The Housemartins “Caravan of Love” was clinging on at No.2 on 4th Jan, and their a cappella version of the 1985 U.S. hit for Usley-Jasper-Isley had reached No.1 in the UK during December 1985. 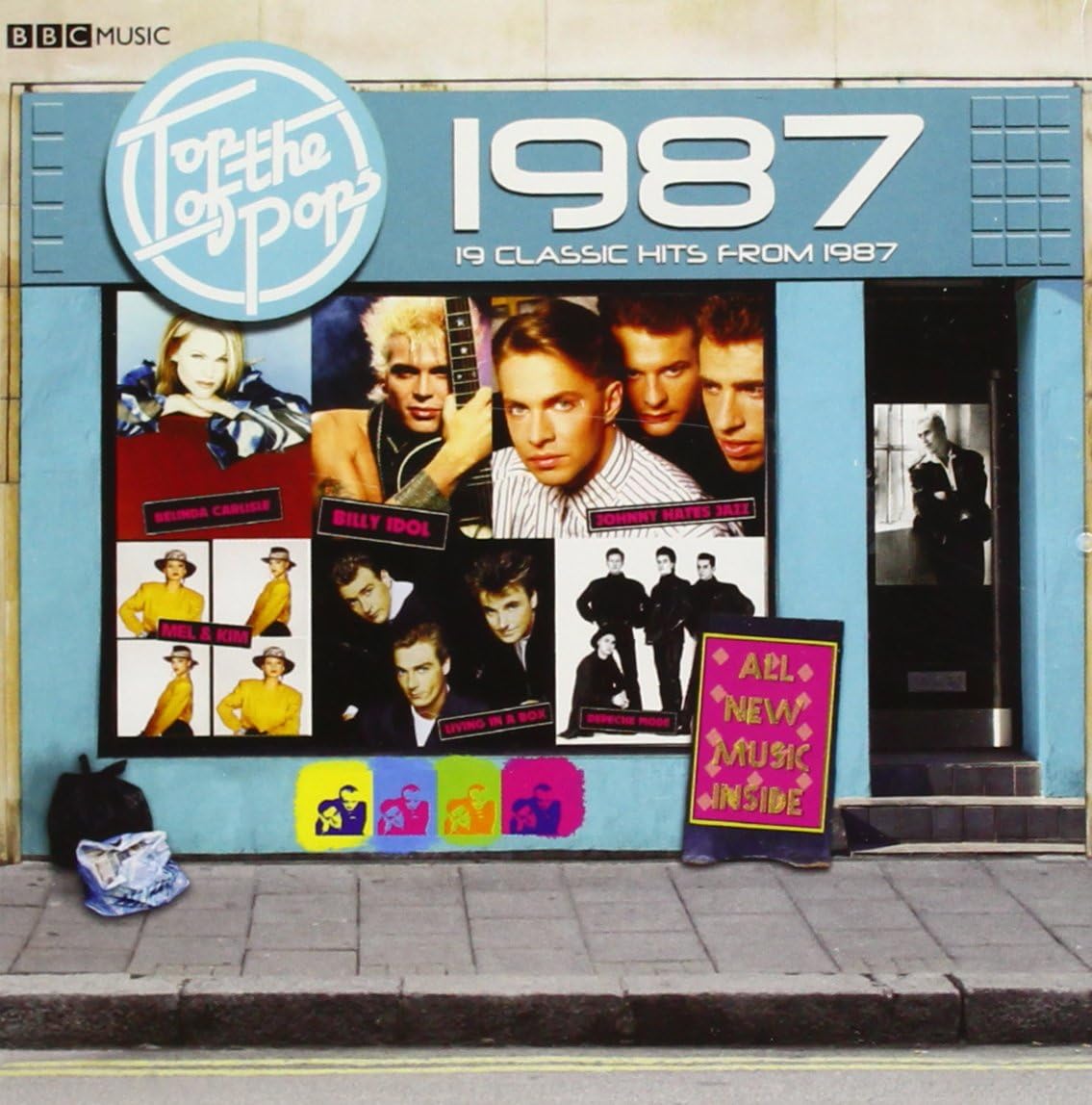 Remember when jacking was a thing? Steve Silk Hurley jumped from No.18 to No.2 in the UK singles chart released on 11th Jan, with the groundbreaking “Jack Your Body”, in a year that jack, house and acid house became all the rage. This single became the UK’s first house song to reach no.1 on 18th Jan. Also on 18th Jan, Alison Moyet was enjoying her third week at No.3 with the lead single from her Raindancing album, “Is This Love?”.

George Michael and Aretha Franklin reached No.1 on 1st Feb with their classic “I Knew You Were Waiting (For Me)”. In the same week, Wham! backing vocalists Pepsi and Shirlie were at No.2 with their debut single “Heartache”. 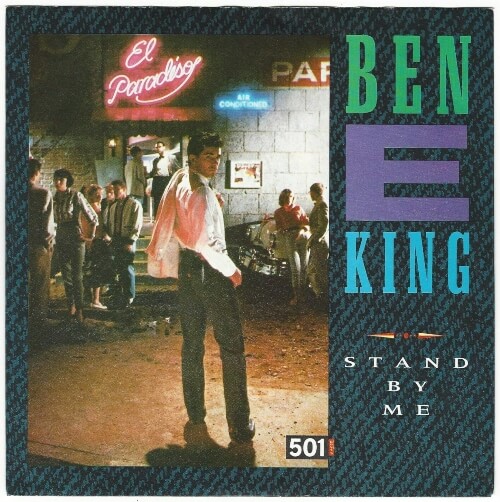 The 1960s classic “Stand By Me” by Ben E. King reached No.1 on 15th February, and was the title of the film with the same name which starred River Phoenix, Corey Feldman, Wil Wheaton and Jerry O’Connell. Interestingly, the original 1961 release only reached No.27.

After featuring in a Levis jeans ad, the 1966 hit “When A Man Loves A Woman” by Percy Sledge reached No.2 on 22nd Feb for two weeks, being held off the top spot by Ben E. King.

BOY GEORGE - EVERYTHING I OWN

On 8th March, Boy George took his cover of Ken Boothe’s reggae cover of a rock hit by Bread in 1972 (you may need to read that again!) to No.1 in the UK. "Everything I Own" was George’s first and only top 10 solo hit, and came at a time when he was dealing with an addiction with heroin, and was arrested for possession of the drug.

Sisters Mel & Kim reached No.1 on 22 March with “Respectable”, and this was Stock Aitken Waterman’s second No.1 after Dead Or Alive’s “You Spin Me Round (Like A Record)". The single was the girls second hit, and they previously reached No.3 during 1986 with their debut single “Showing Out (Get Fresh for the Weekend)”. 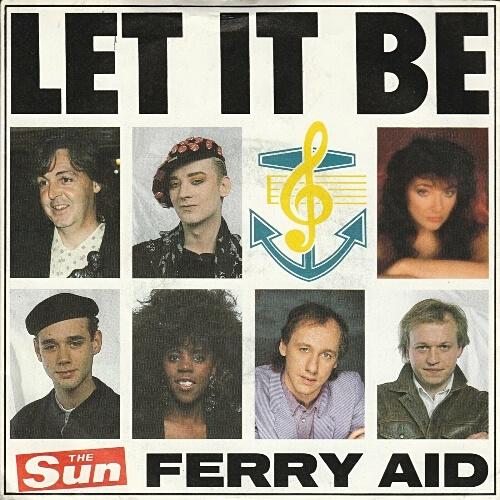 FERRY AID - LET IT BE

The Ferry Aid single “Let It Be” featuring solo spots by 19 well known pop artists reached No.1 on 29th March. The single raised funds for the Zebrugge disaster (6th March) which saw the MS Herald of Free Enterprise capsize, killing 193 passengers and crew.

On 3rd May, American rock band Starship reached No.1 with their classic 80s power ballad “Nothing’s Gonna Stop Us Now”. More recently, the song featured in the movie The Skeleton Twins in 2014. This was the second and last major hit for the band in the UK, although they enjoyed success with six top 40 singles in the United States.

WHITNEY HOUSTON - I WANNA DANCE WITH SOMEBODY (WHO LOVES ME)

Starship were finally knocked off the top spot on 31st May by Whitney Houston’s “I Wanna Dance With Somebody (Who Loves Me)”, the lead single from her second studio album Whitney. This was the singer’s second No.1, with the first, “Saving All My Love For You” topping the UK singles chart for two weeks in December 1985. 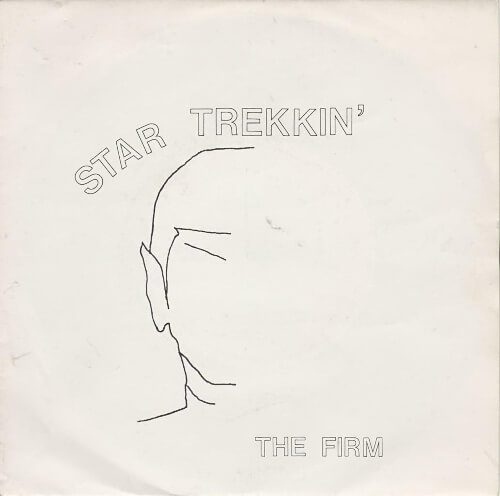 On 14th June, quite possibly, the greatest single ever released topped the chart for two weeks. “Star Trekkin’” by The Firm parodied the sci-fi TV series Star Trek, and included an amusing video featuring puppets and stop motion animation. The song featured a gradual but eventually unprecedented increase in tempo, until it reached a very weird climax!

The dramatic “It’s A Sin” gave Pet Shop Boys their second No.1 (“West End Girls” reached No.1 in 1985), which was the lead single from the synthpop duo’s 3 x platinum album Actually. Neil Tennant once stated that the song was “intended as a camp joke” and that it was “written in 15 minutes”.

Madonna’s “Who’s That Girl” (the title song from the movie) reached No.1 on 19th July for just one week. She starred in the film as Nicki Finn, although the film received a negative response from many critics. 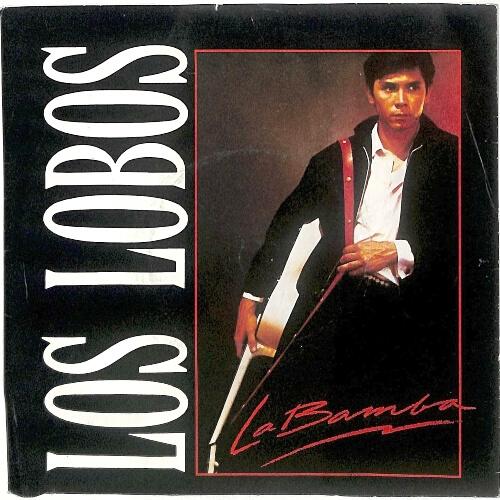 "Who's That Girl?" was pushed back down to No.2 by “La Bamba” on 26th July. This was Los Lobos’ only major hit, although “Come On Let’s Go” (also on the La Bamba soundtrack album) reached No.18. Their cover of the Richie Valen song also topped the Billboard Hot 100, and propelled the band to International fame.

On 9th August, “I Just Can’t Stop Loving You” by Michael Jackson and Siedah Garrett claimed the No.1 spot for two weeks. The ballad was Jackson’s first single to be released from his mega-selling Bad album. Both Barbra Streisand and Whitney Hosuton turned down the offer of recording the duet with Jackson.

RICK ASTLEY - NEVER GONNA GIVE YOU UP

Rick Astley’s debut single “Never Gonna Give You Up” (made more famous by the rickrolling meme on the internet) reached No.1 on 23rd August, during its fourth week in the charts. Produced by Stock Aitken Waterman, the song won “Best British Single” at the 1988 Brit awards. Astley went on to achieve seven consecutive top ten hits during the rest of the 1980s. The song prevented Pet Shop Boys and Dusty Springfield from reaching No.1 with “What Have I Done To Deserve This?”.

MARRS - PUMP UP THE VOLUME

After spending five weeks on top, Astley fell to No.2 on 27th September, with M/A/R/R/S claiming the top spot with their one and only single “Pump Up The Volume”. The influential dance track was the first major hit to be created almost entirely from samples of other people’s records.

The Bee Gees comeback single “You Win Again” reached No.1 on 11th October, remaining on top for four weeks. It prevented George Michael’s “Faith” from reaching No.1. Penned by Barry, Maurice and Robin, the song was the trio’s only No.1 of the 1980s, and their first Top 40 hit in the UK since 1979, when “Spirits Having Flown” reached No.16.

T’PAU - CHINA IN YOUR HAND

On 8th November, T’Pau claimed the No.1 spot for five weeks with their best known 80s hit “China In Your Hand”, which kept George Harrison’s “Got My Mind Set On You” at No.2 for four weeks!  Fronted by Carol Decker, the Shropshire band’s debut album Bridge Of Spies achieved 4 x platinum here in the UK. However, the band’s hits dried up during the 90s, with their last single “Giving Up The Ghost” failing to chart during 1999.

Pet Shop Boys were back at No.1 again on 13th December with their synthpop cover “Always On My Mind”. The song was originally released by Gwen McCrae and then Brenda Lee in 1972, with Elvis Presley also releasing his version in 1972. Pet Shop Boys had not intended to release their cover as a single. However, after performing the song on the Elvis tribute show Love Me Tender on ITV, Neil and Chris were inundated with requests to release it as a single. The song featured on the album Introspective. The single was still at No.1 for the Christmas chart released on 20th Dec, and prevented The Pogues ft. Kirsty Macoll from reaching No.1 with “Fairytale of New York”. Indeed, the duo were still at No.1 for the first chart of 1988, but were knocked off the top spot on 10th Jan by Belinda Carlisle’s “Heaven is a Place on Earth”.

Top Songs from the 80s to Play On Your Guitar