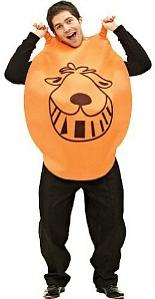 You don't need to spend a small fortune on dressing-up with 70s fashion. I've been working hard to find you a wide range of the cheapest available groovy outfits for men and women. So, forget about wasting hours on end trawling the web for an affordable seventies costume - they're all here on one page. Mark, editor. 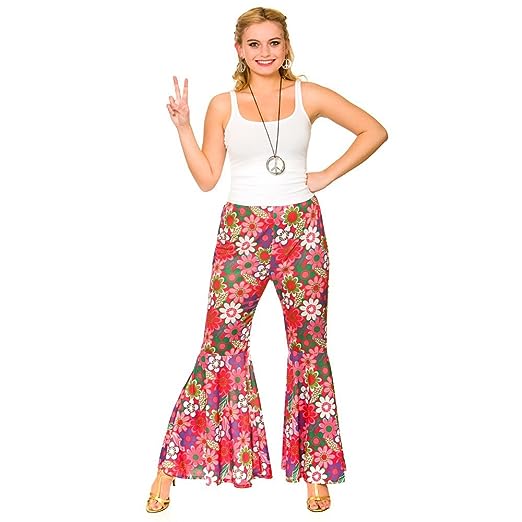 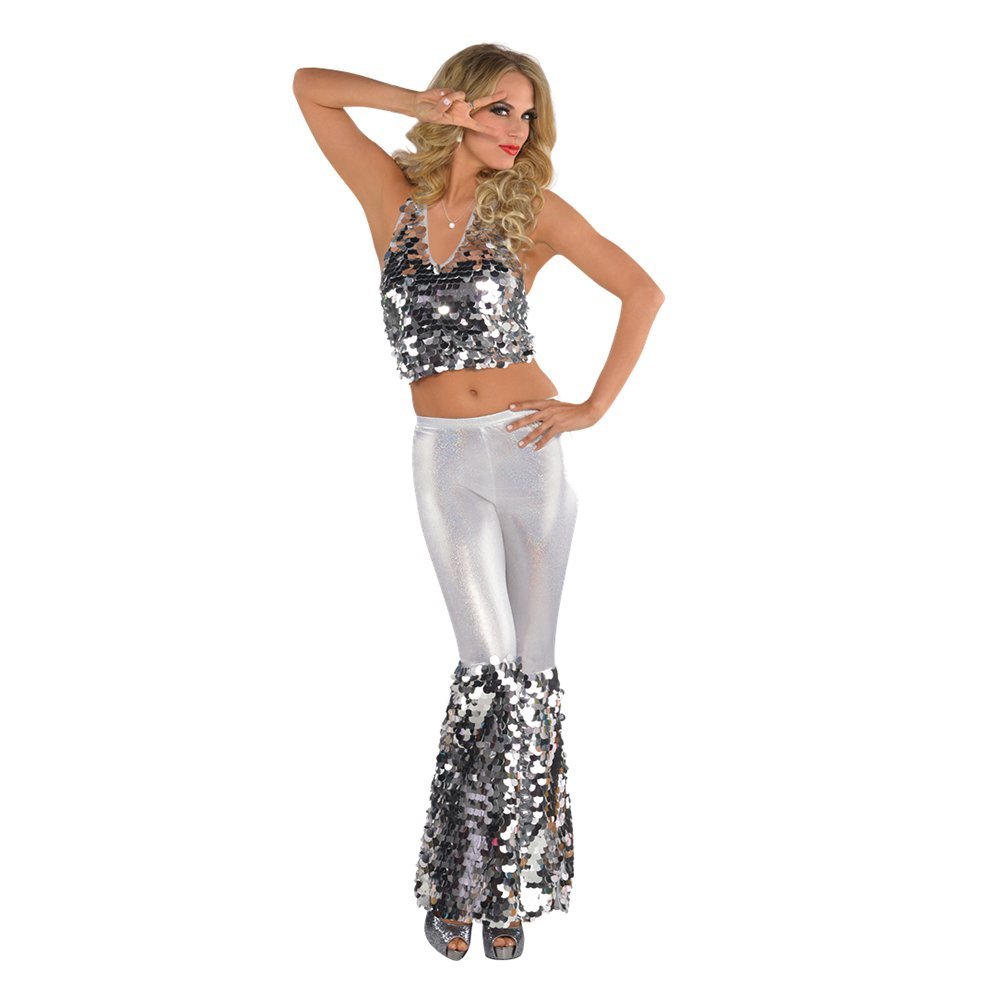 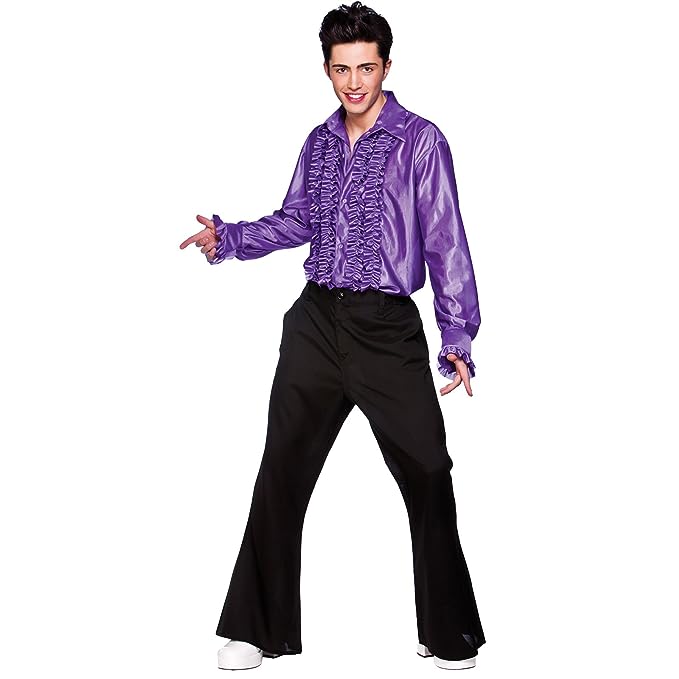 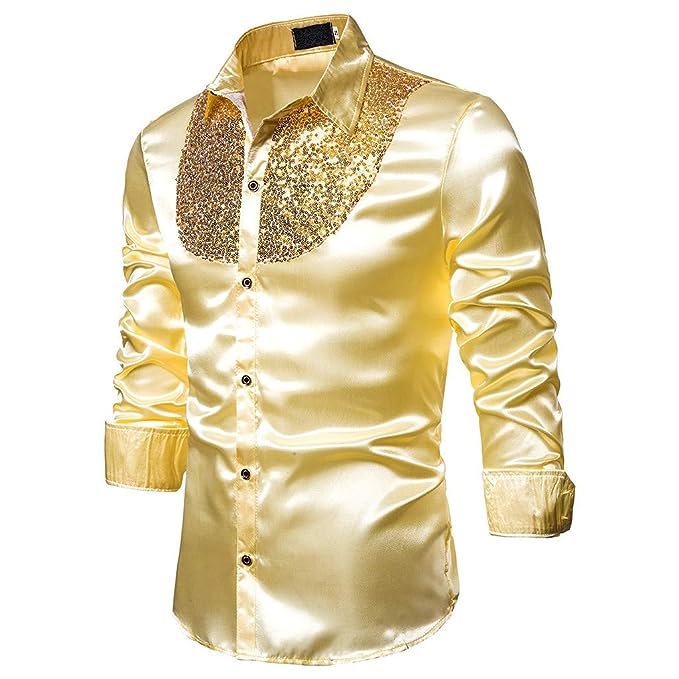 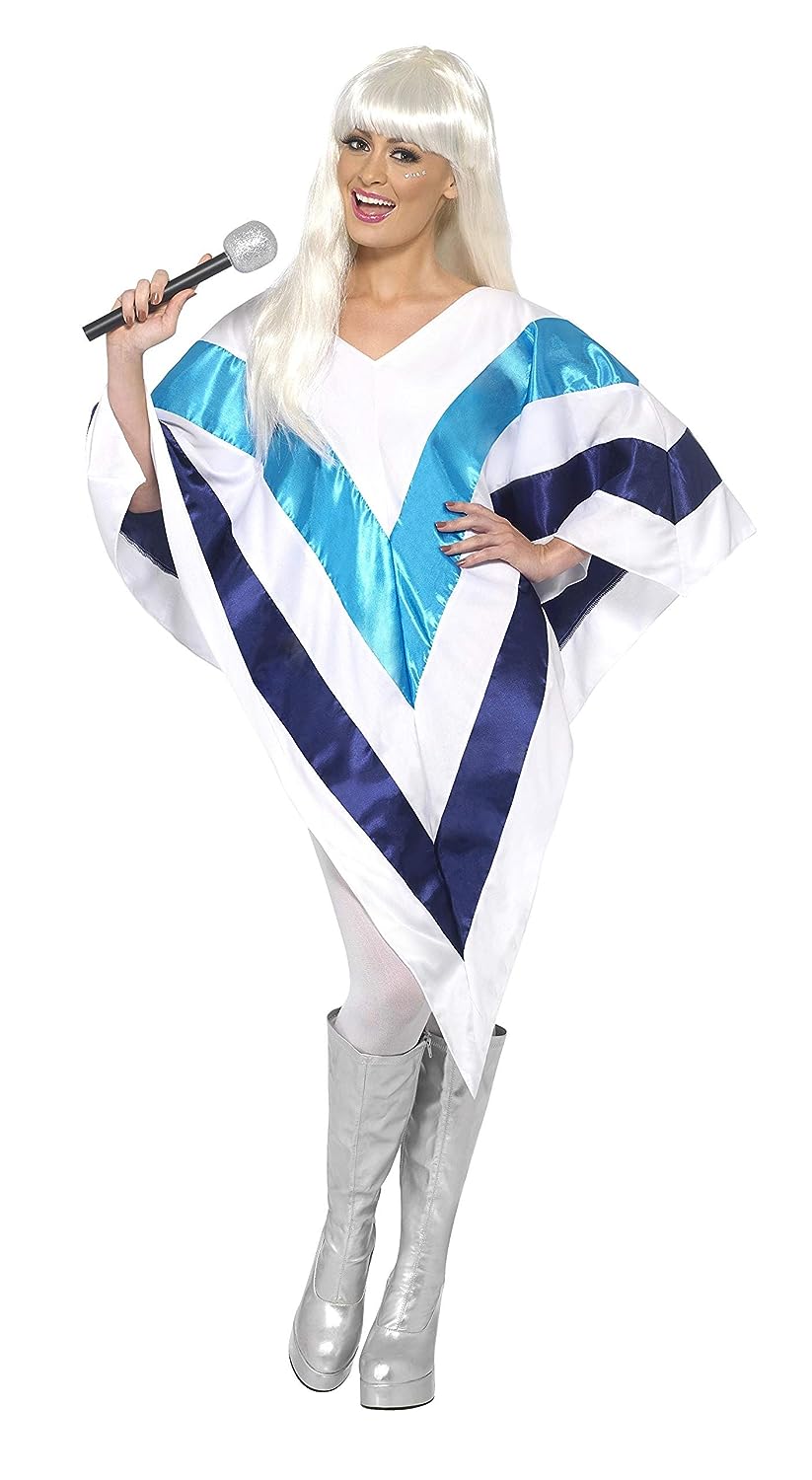 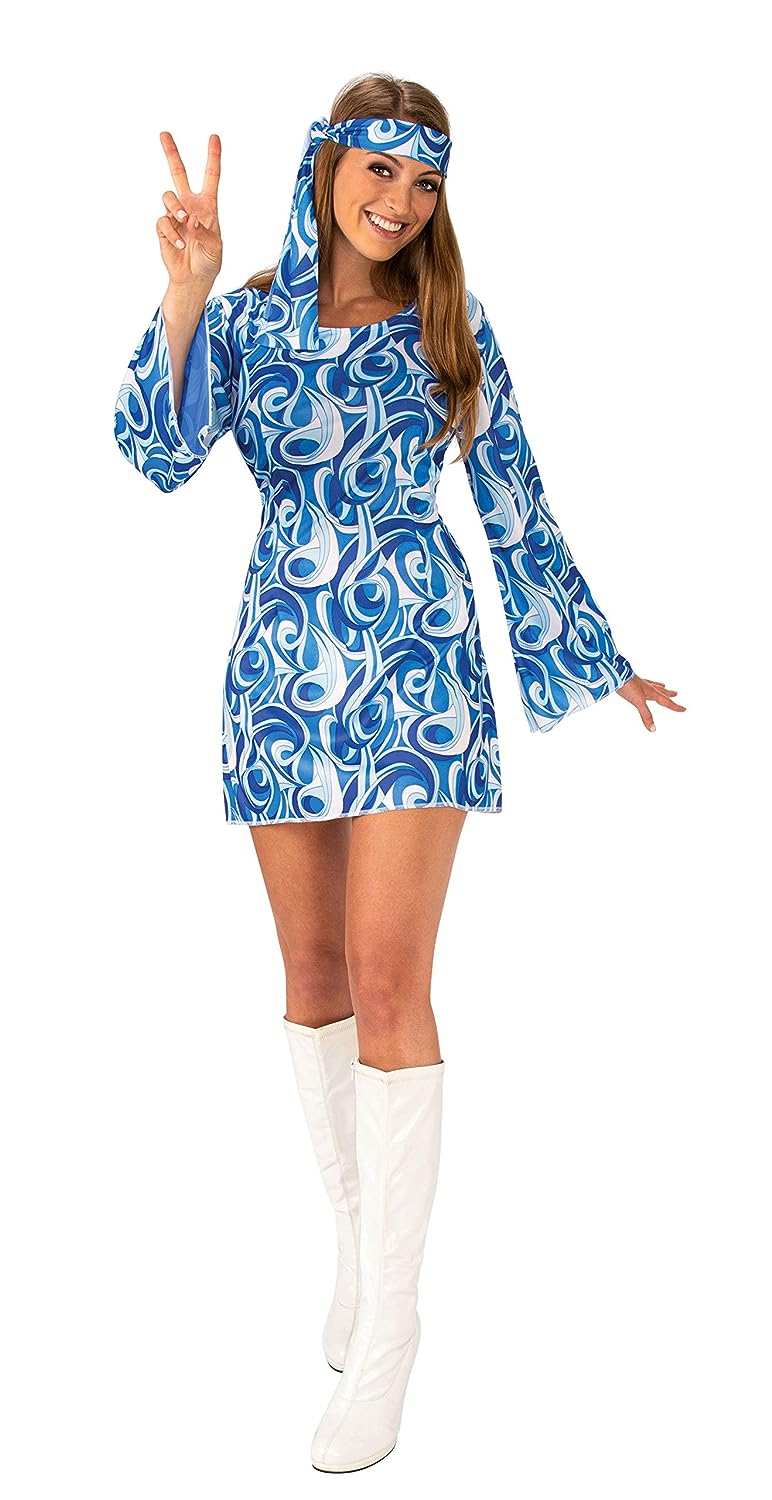 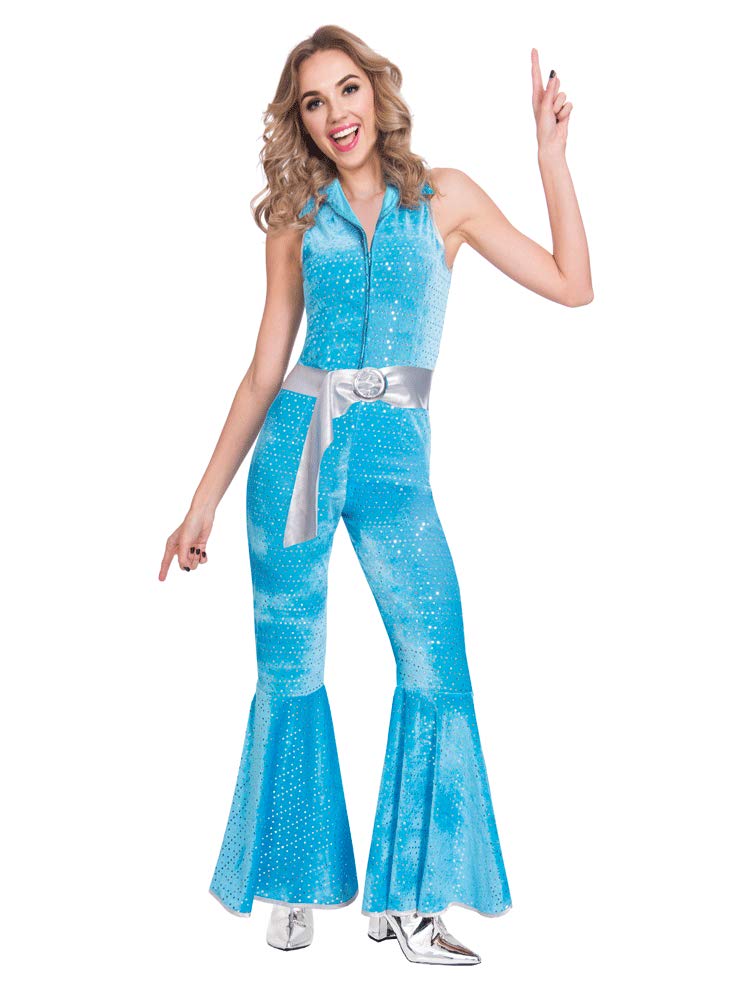 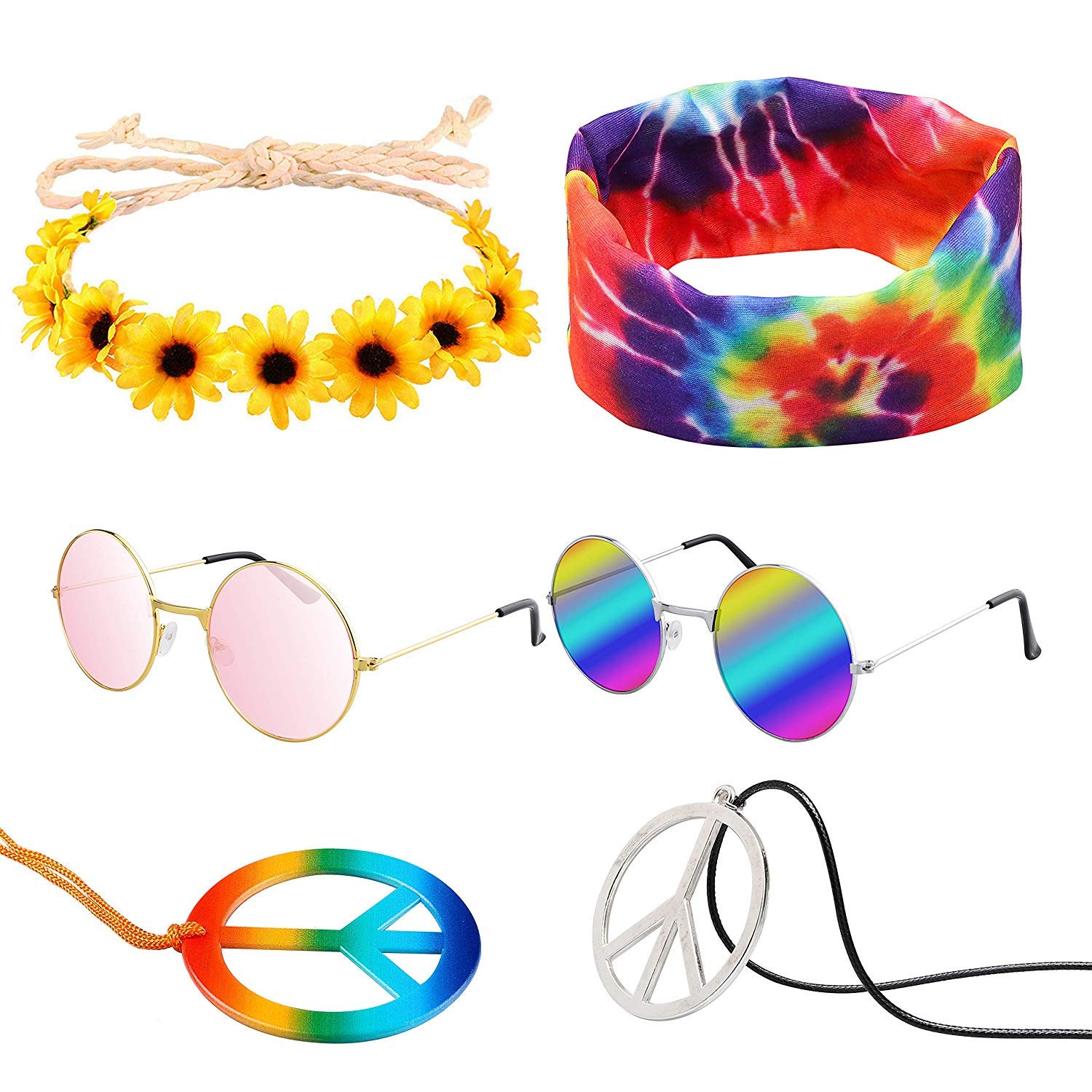 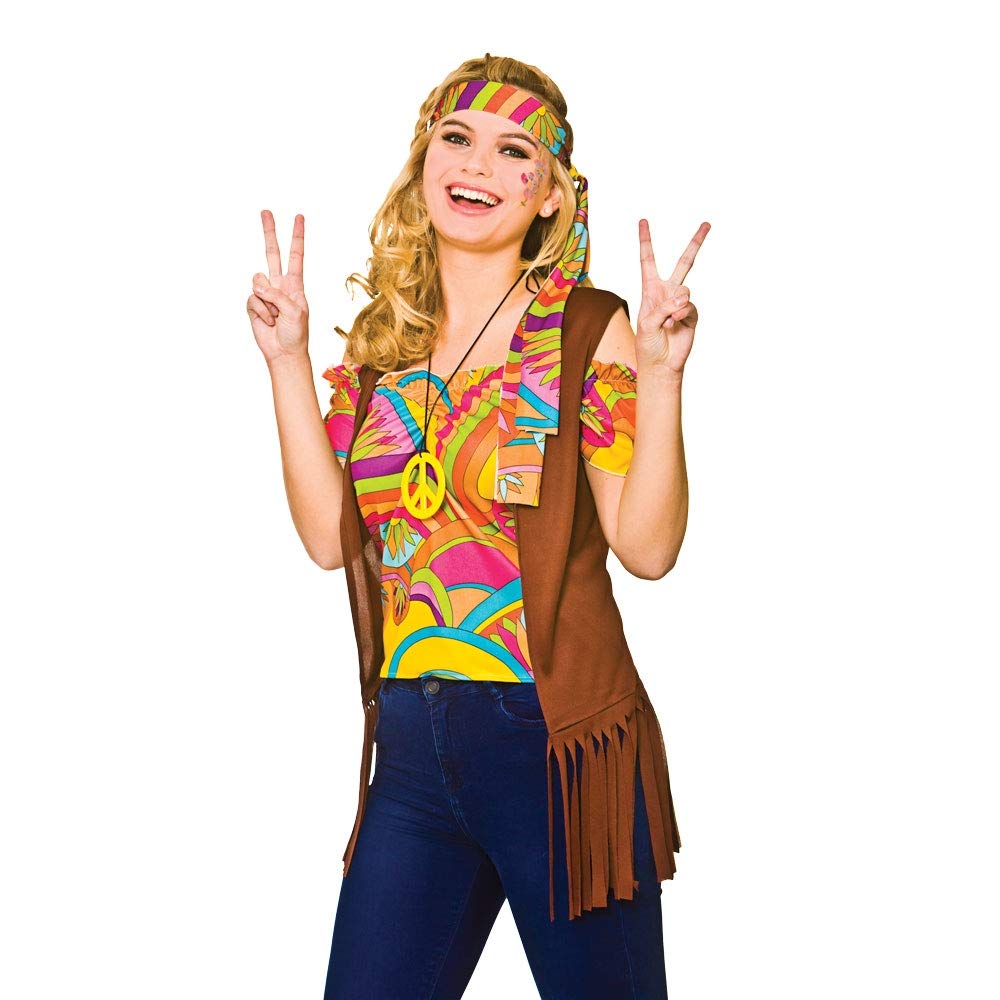 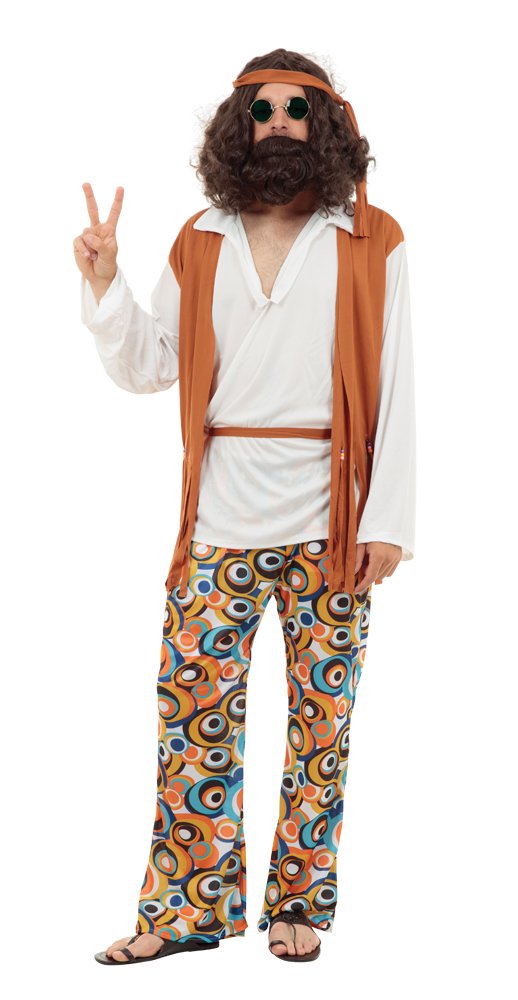 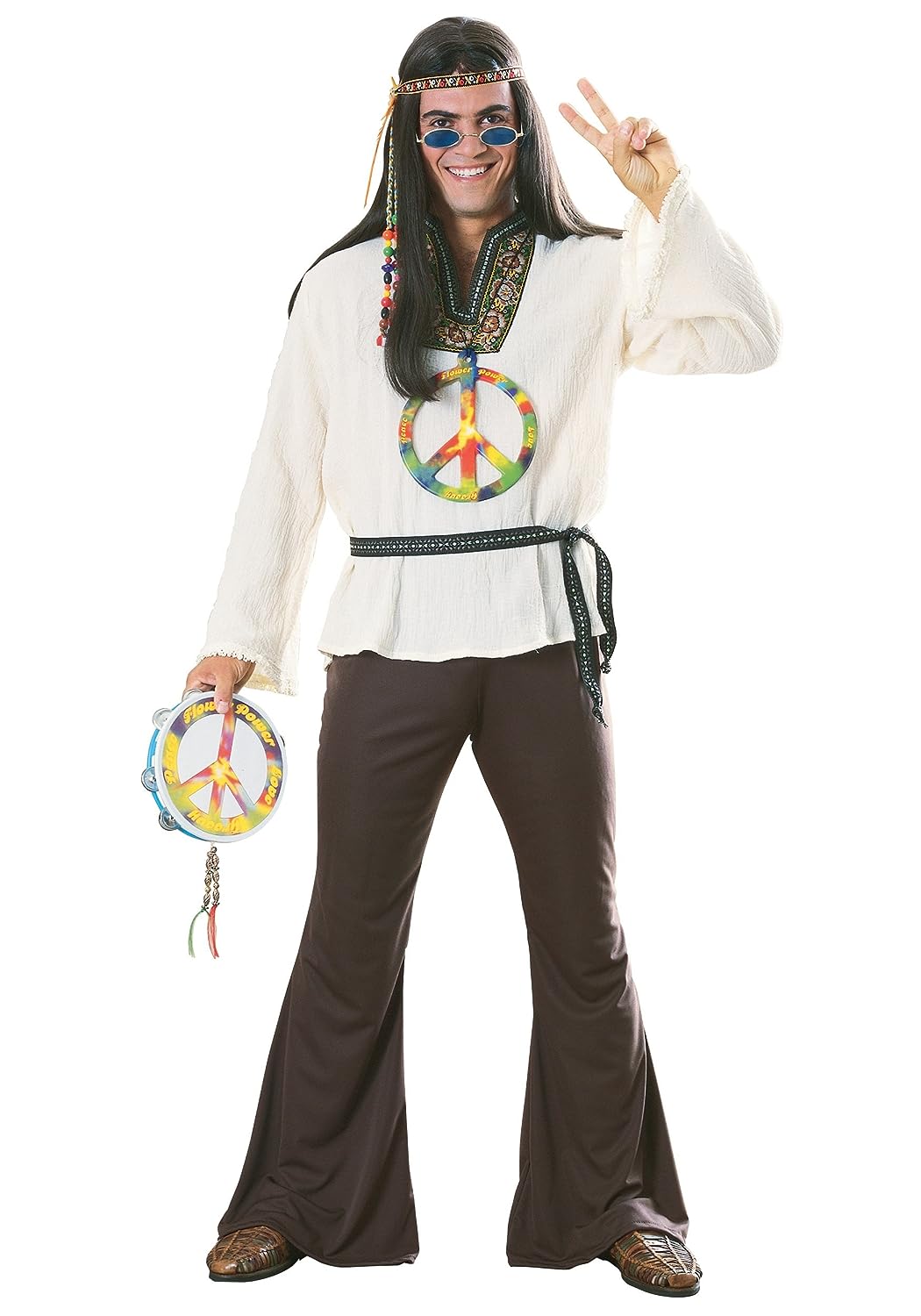 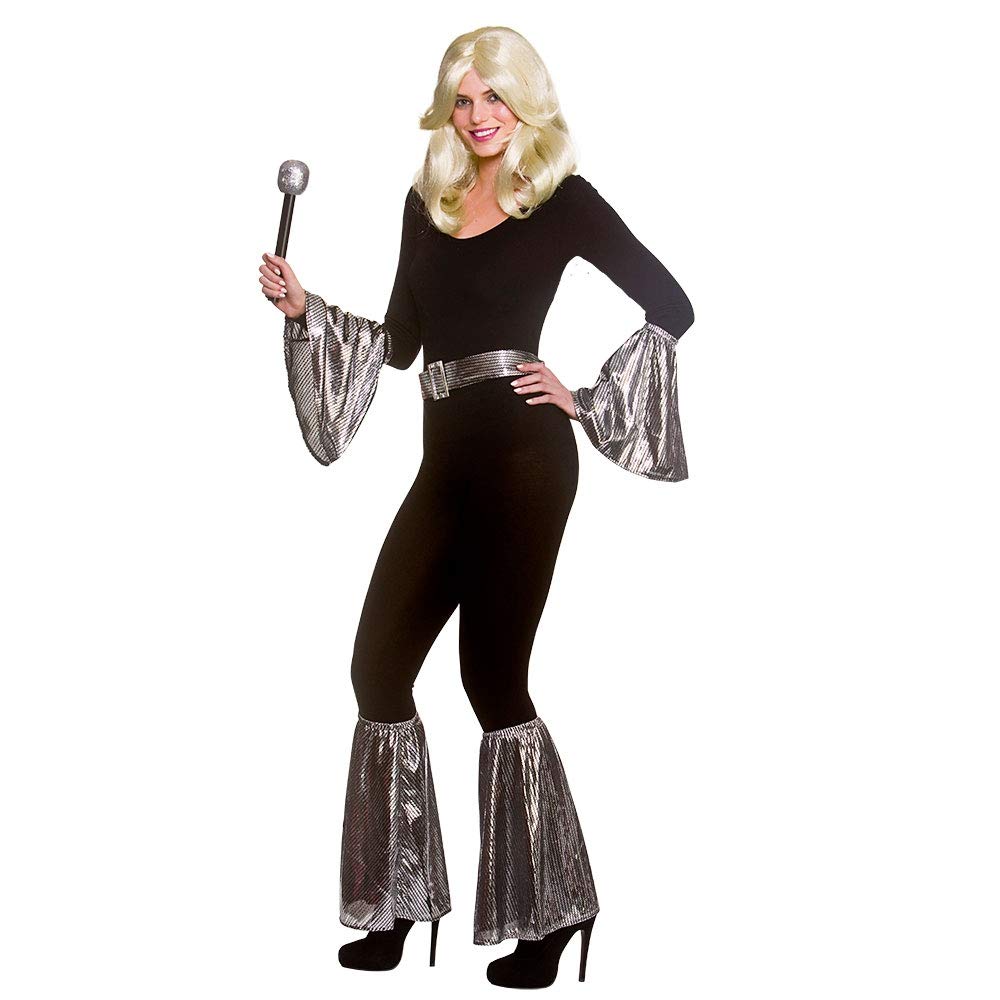 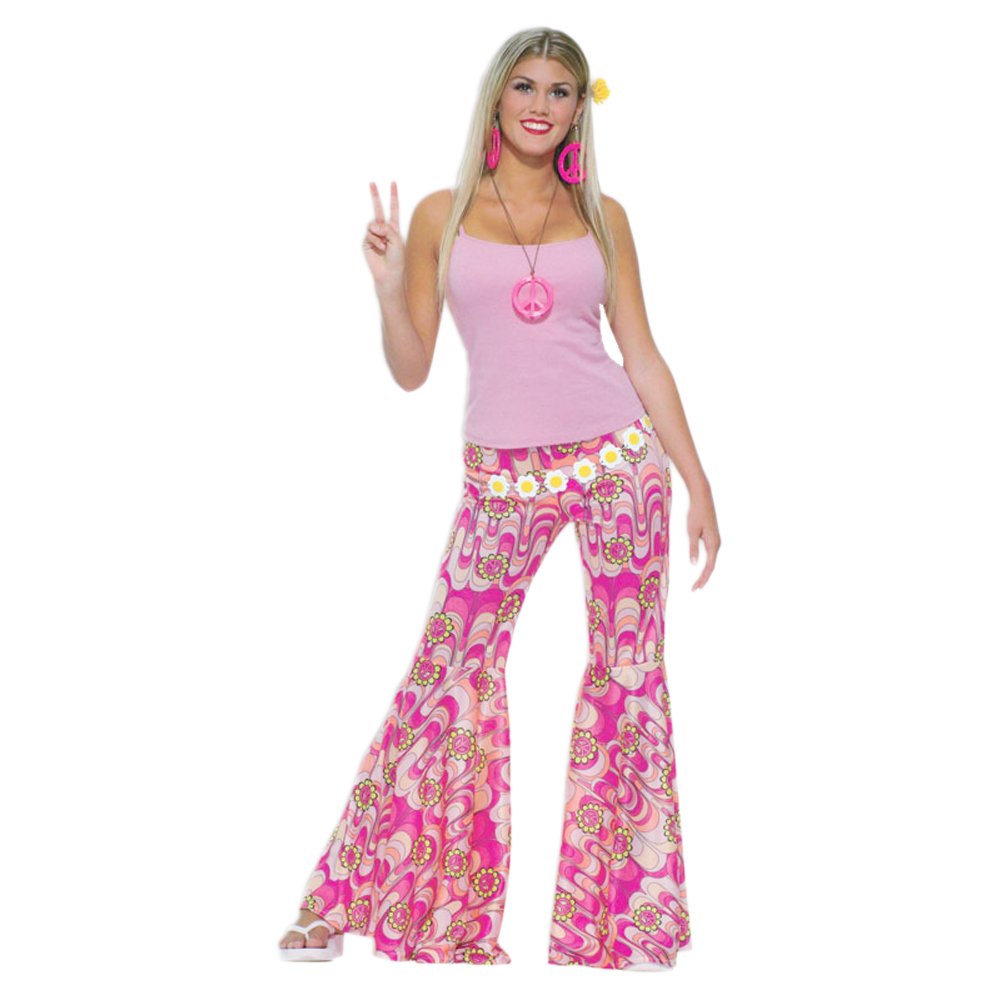 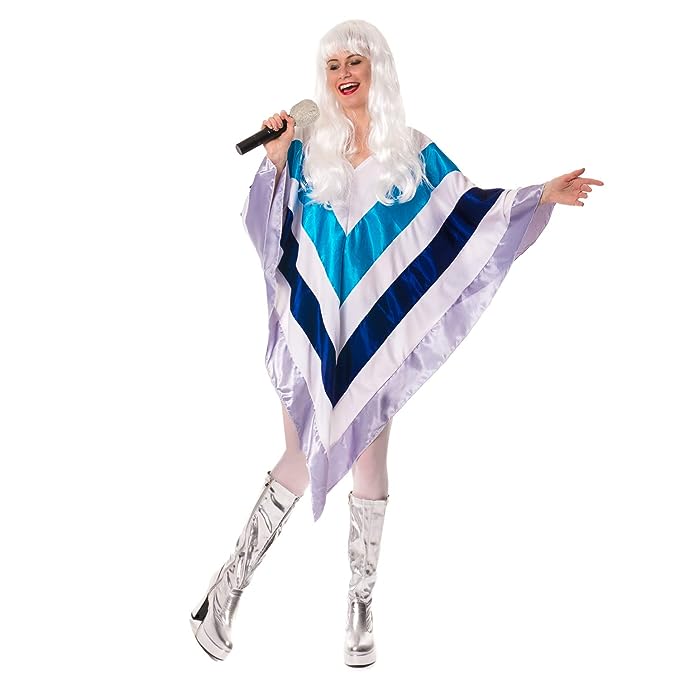 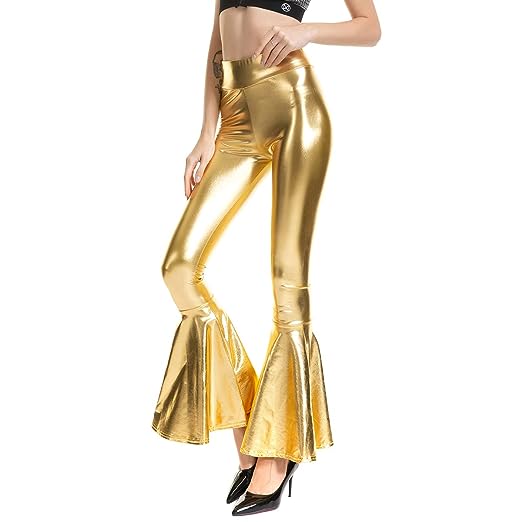 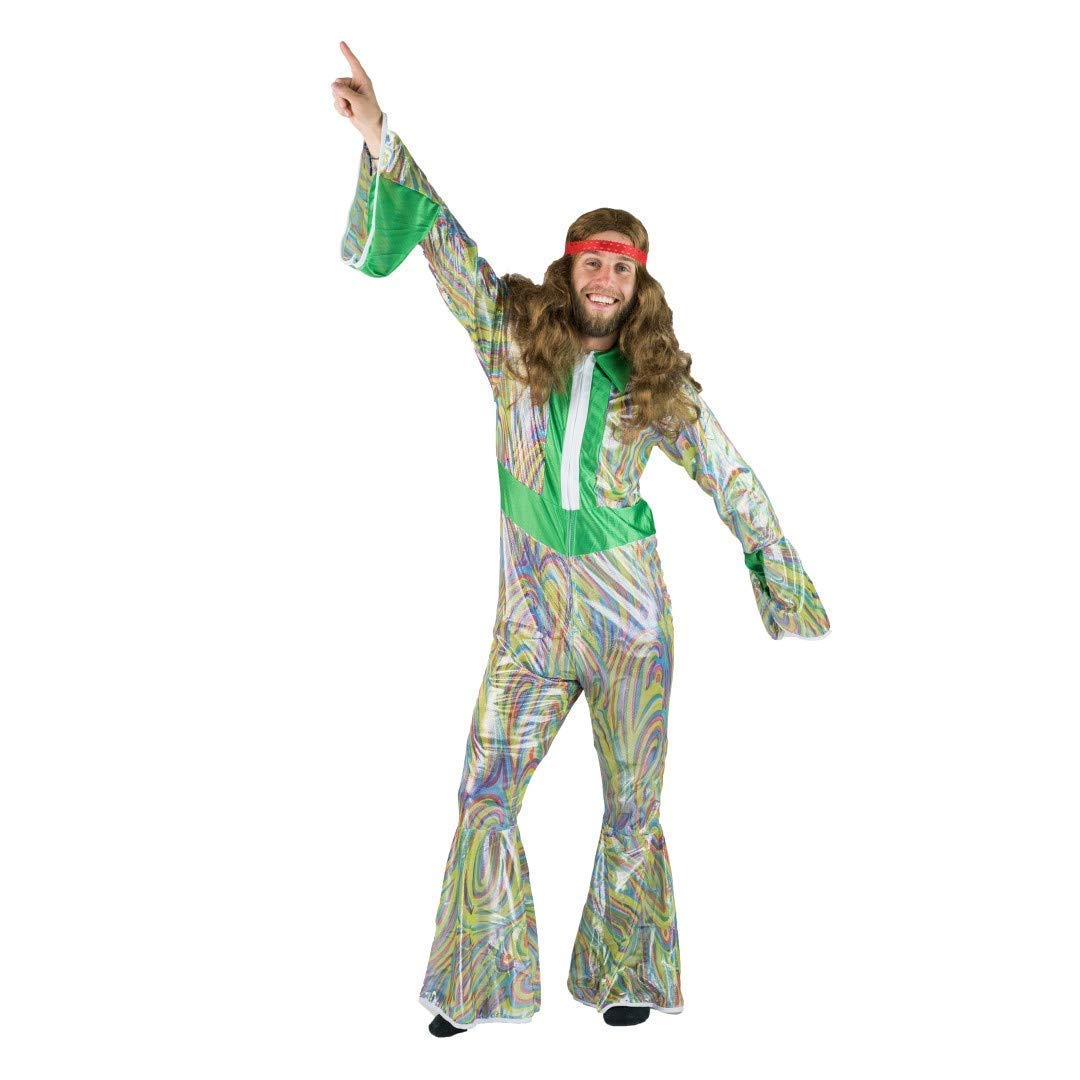 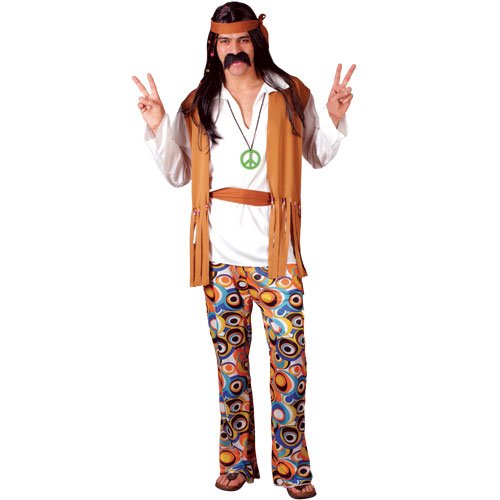 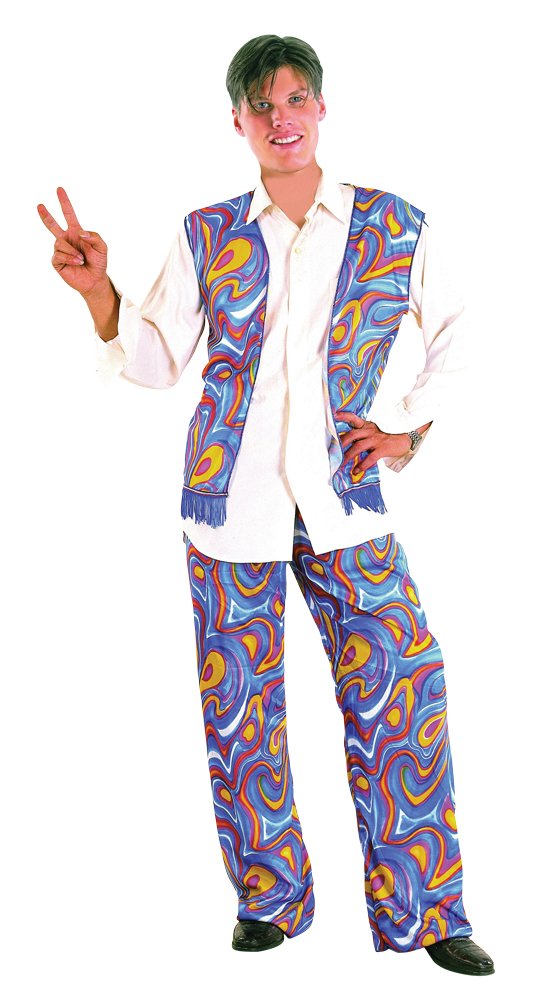 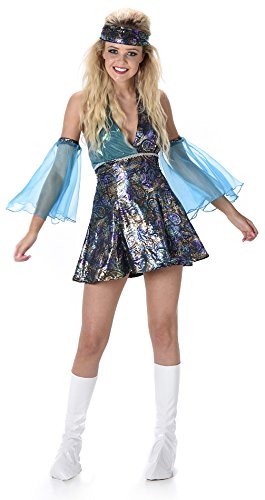 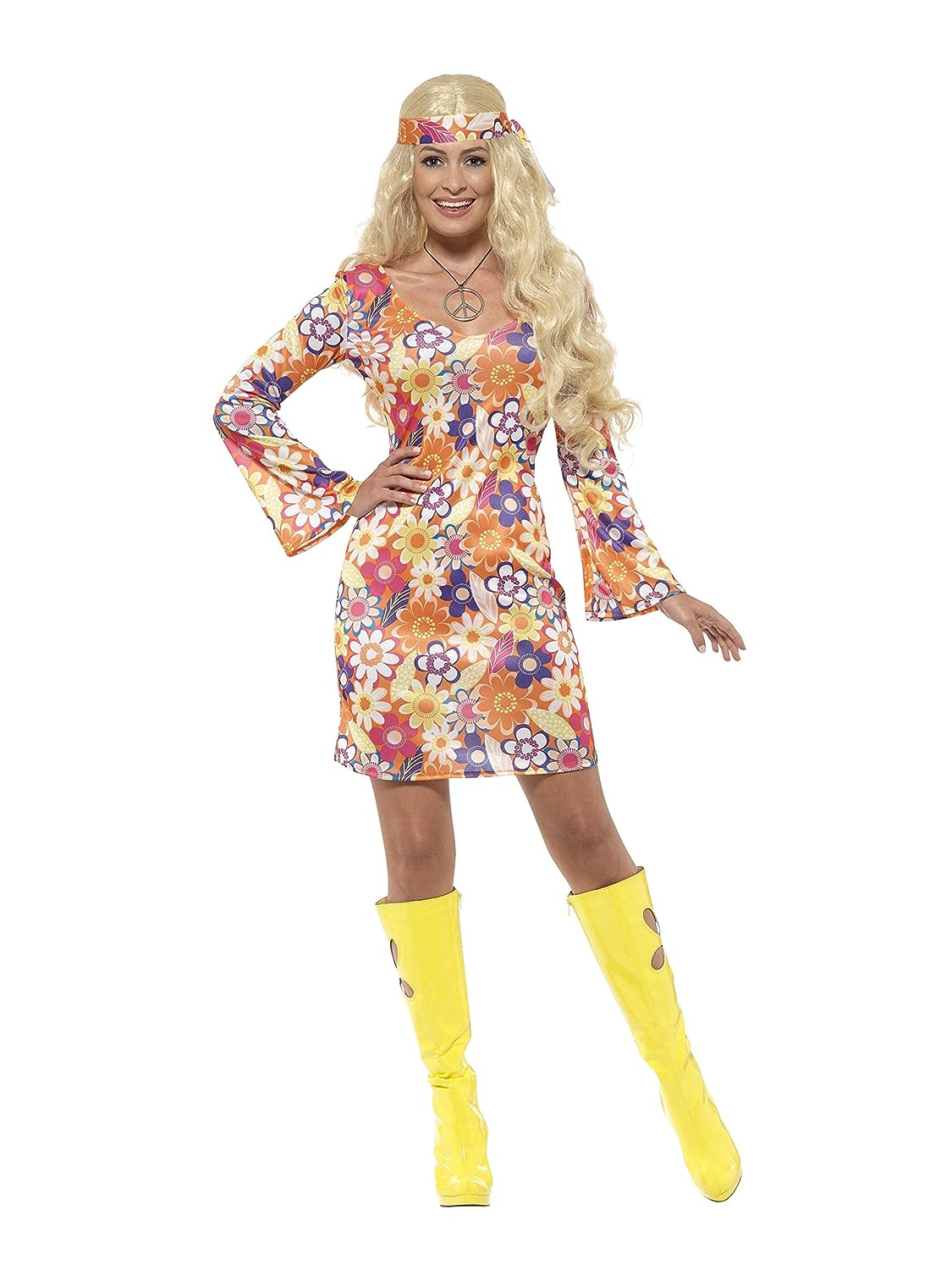 Flower Power Hippie Costume for Women. Dress with headscarf and medallion. Sizes 4 to 22. 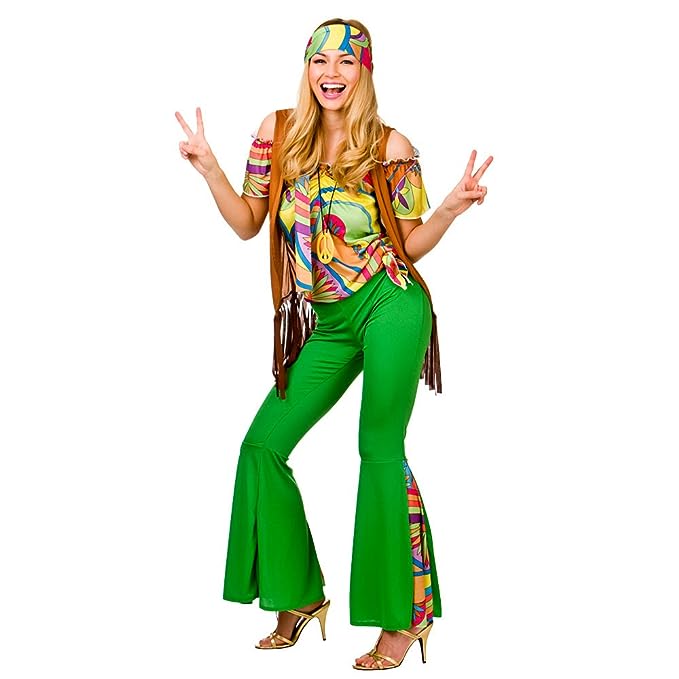 Groovy Hippe Costume for Women with Trousers, Top, Headband and Medallion. Size 10 to 12 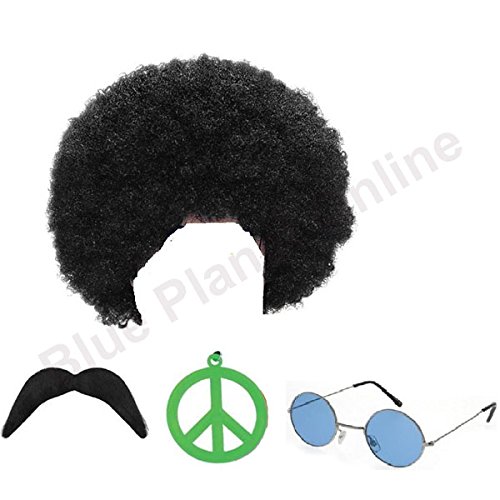 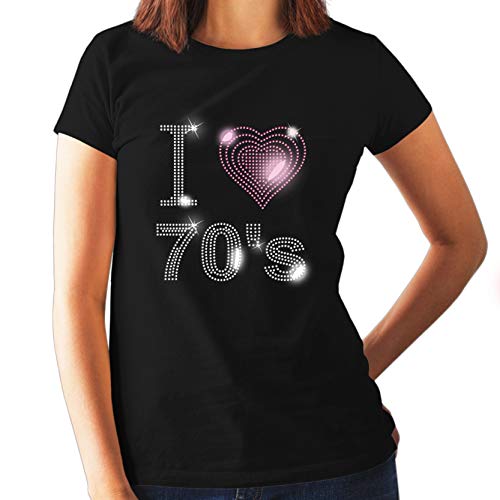 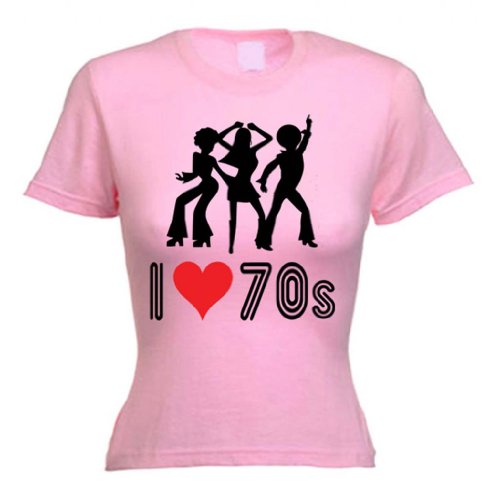 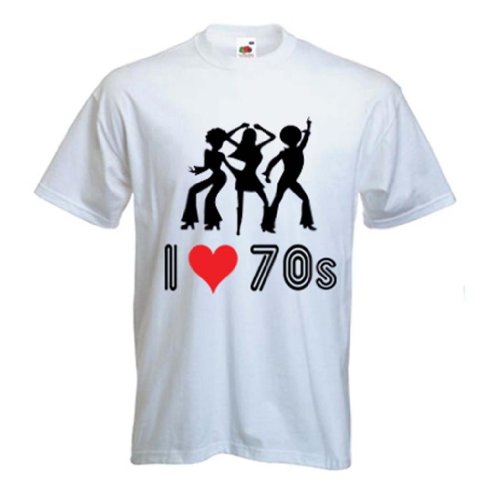 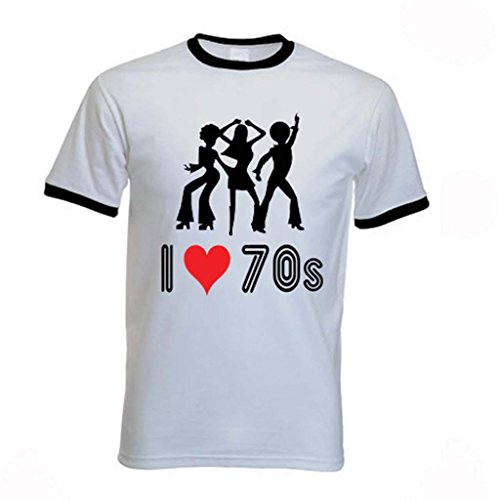 I Love The 70s Retro Premium Ringer T-shirt for Men. L to XXL

The start of the 70s was still being influenced by the sixties hippy styles, with tie dye shirts (these featured bold patterns and colours) and frayed jeans still popular. Mini skirts reached the peak of their popularity, along with hot pants (tight shorts), high-waisted flared trousers/loon pants and fitted blazers.

The second half of the decade also brought us glam rock, disco (three-piece suits and frilly shirts were popular with men) leotards and aviator shades, although not all worn at once, obviously! By the end of the decade drainpipes had replaced bell bottoms and punk fashions were a cool, anti-establishment alternative to disco clothes. 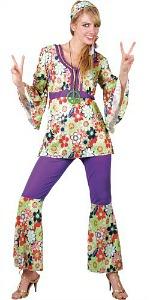