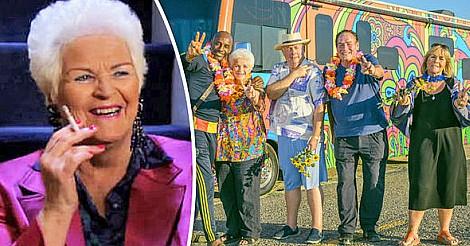 Yes, you read that correctly! Gone To Pot: American Road Trip is an eye-opening, three part series which will be shown on ITV during November 2017. In it, viewers can see five 80s celebrities take a trip (in every sense of the word!) on a magical mystery tour bus across the U.S., smoking and eating marijuana. During their trip, they stop off in California to meet a group of nuns with bad habits, who cultivate and consume legalised marijuana.
Stars include the Eastenders actress Pam St. Clement, host of the 80s children's TV game show On Safari and Rentaghost actor Christopher Biggins, Birds of a Feather actress Linda Robson, "King of Darts" Bobby George, and 80s footballer John Fashanu.
The three week journey starts in San Francisco, a city that is celebrating the 50th anniversary of The Summer of Love, in which 100,000 hippies converged on the Haight-Ashbury district during the summer of 1967.
Three of the stars, Biggins, Robson and St. Clement, actually try cannabis for themselves after being granted a special medical certificate. All five celebs will explore the medical and recreational uses of the drug, and also talk to people who have experienced positive and negative experiences while consuming it.
Each celeb is experiencing their own painful health condition and will be hoping to find a solution during their trip. 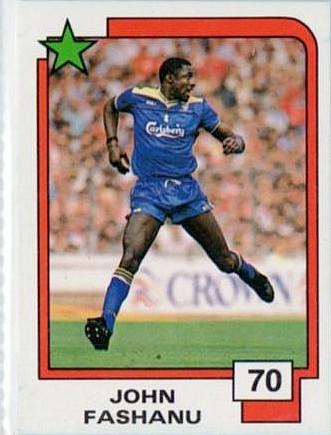 Now 55, John Fashanu played for numerous football clubs from 1978-1995, and is best-known for his 8 year stint as a centre-forward at Wimbledon F.C., who he helped to win the F.A. Cup in 1988. He has since developed arthritis in his knee and hopes to find a solution to his pain. During the 90s, he co-presented Gladiators alongside Ulrika Jonnson. 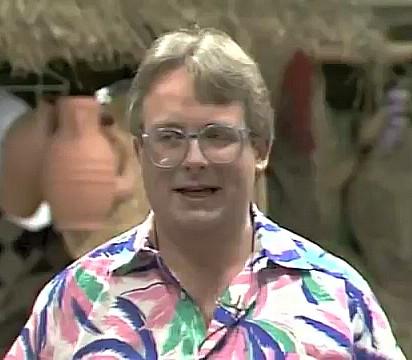 Biggins hosting On Safari in 1983

Christopher Biggins was a well-known comedy actor during the 70s, playing the role of Lukewarm in Porridge. He now regularly takes part in reality shows including Celebrity Masterchef in 2014 and Celebrity Big Brother during the summer of 2016. Aged 68, Biggins is currently suffering from back and hip pain. 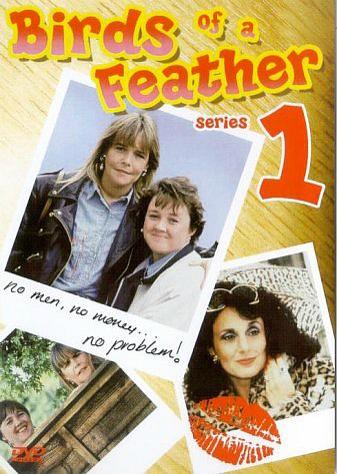 Birds of a Feather DVD

Linda Robson is now 59 years old and currently experiencing problems with mood swings and hot flushes due to the menopause. She hopes to find some relief from the symptoms though legal cannabis. She had numerous acting roles during the 70s and 80s, appearing in Crossroads, The Bill and the 1980s ITV series Shine On Harvey Moon. Like Biggins, she has also appeared in I'm A Celebrity Get Me Out Of Here (in 2012) and Celebrity Masterchef during 2008.
However, Linda is best known for playing Tracey Stubbs in the comedy series Birds Of A Feather which first aired in 1989, as well as being a panellist on the ITV daytime series Loose Women. 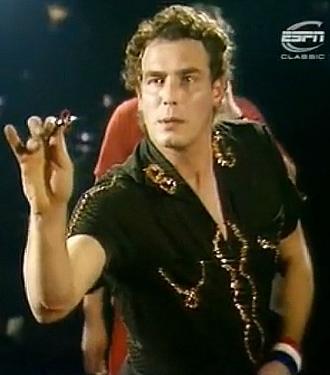 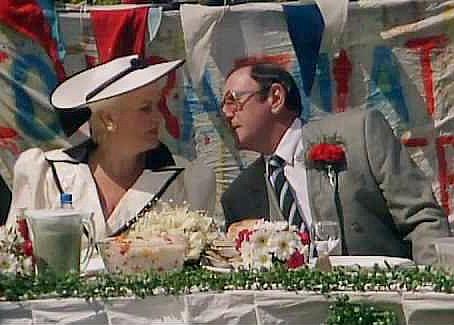 Now 75, Pam St. Clement starred in the BBC soap Eastenders as Pat Butcher for 26 years. Since taking part in the road trip she has revealed to Lorraine Kelly on her morning chat show that she is a big fan of Cannabis stating that "I have an amazing respect for the plant which can be so useful to us if used properly".
The first episode of Gone To Pot: American Road Trip will air at 8.00pm on Monday 13th November 2017 on ITV.