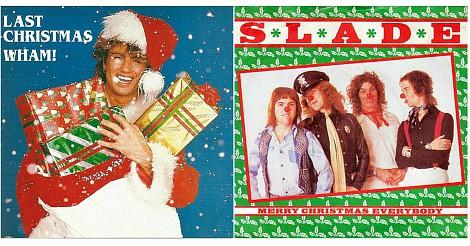 Wham! And The Pogues Return To The Top 10

After glancing at the latest music chart which was released on 15th December 2017, I feel like I've stepped back into the mid 80s! With the lack of any decent new Christmas songs on the radio these days, we find ourselves having to rely on the classic hits from the past to put us in a festive mood.
A wide variety of 70s and 80s Christmas songs were back in the chart released on 8th Dec, and one hit dates back to the 1940s! It would seem we just can't get enough of those festive golden oldies.
Wham! were back in the Top 10 on 8th Dec after re-entering the chart at #81 on 24th Nov with their classic "Last Christmas", 33 years after its original release on Dec 5th 1984. The song reached #3 on 15th Dec.
The Pogues and Kirsty MacColl are at No.7, and they arguably created the best Christmas song of all time with "Fairytale Of New York". Released on Nov 23rd 1987, the single was kept off the top spot by the Pet Shop Boys "Always On My Mind".
The original Band Aid charity single "Do They Know It's Christmas?" was the best-selling single of the 80s, and reached No.1 for Christmas 1984. Penned by Bob Geldof and Midge Ure, the single was back at No.12 this week. 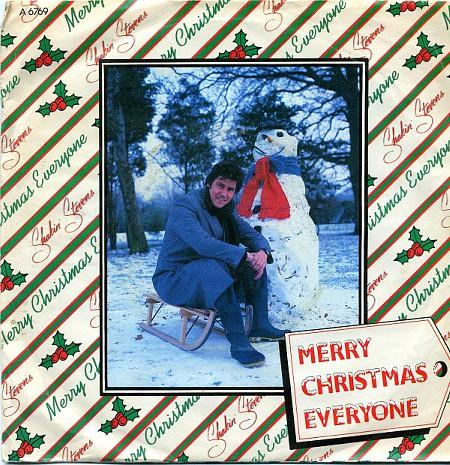 Shakin' Stevens "Merry Christmas Everyone" was the Christmas No.1 in 1985, and despite being cheesier than a sock full of Wotsits, it keeps returning to the chart each year. For 2017, the song entered at #87 on 1st Dec and had climbed to #16 by the 15th.
Other 80s classics in the latest chart are Chris Rea's smoothie "Driving Home For Christmas" at #23 which is played every year in our household without fail! Paul McCartney's "Wonderful Christmastime" was originally a No.6 hit in 1980 and is back in the chart at #39. It's a song that Sir Paul actually despises! Nonetheless, it earns McCartney a tidy £400,000 in royalties each year.
The Pretenders "2000 Miles" also re-entered the charts on 15th Dec at #89.
An 80s favourite that hasn't made it (yet!) is Mel Smith and Kim Wilde's version of "Rockin' Around The Christmas Tree". However, the original by Brenda Lee re-entered the chart at #42 on 8th Dec and climbed to #15 in the 15th Dec.
It will be very interesting to see what positions these timeless festive favourites climb to in next week's chart, and whether Mel & Kim will get a re-entry. Watch this space!
There are also several 70s Christmas classics in the chart, too. Originally released in December 1973, Wizzard's "I Wish It Could Be Christmas Everyday" reached #4 for four weeks, and it was back in the Top 30 some 44 years later at #24 on 8th Dec, climbing to #22 the following week.
The biggest and best-remembered Christmas hit from the 70s was, of course, "Merry Xmas Everybody" by Slade. Every year we hear the raspy growl of Noddy Holder shouting out "It's Chriiiiistmaaaas", and the band were back in the charts at #62, climbing to #30 on the 15th. Let's face it, the festive season just wouldn't be the same without a bit of Slade blasting through the speakers. 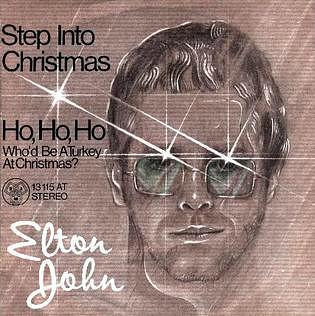 Elton John's 1973 hit "Step Into Christmas" which reached #24 in 1973, has reached an even higher position of #19 on the 15th.
John Lennon and Yoko Ono re-entered the chart at #76 on 8th Dec with "Happy Xmas (War is Over)", which climbed to #35 on the 15th. This originally reached #3 in the UK in Dec 1972. Interestingly, it was exactly 37 years ago on Dec 8th 1980 when John Lennon was shot dead in New York.
A record that I still have in my collection is Boney M's "Mary's Boy Child/Oh My Lord" which I'm very happy to say was back in the chart at #97 on the 8th, climbing to #48 the following week - I hope it climbs much higher, though. This song was originally recorded and released (in a hurry) during November 1978 and reaching #1 for four weeks including Christmas week. I also really enjoyed the upbeat B-side disco track "Dancing in the Streets".
The 1994 classic "All I Want For Christmas" by Mariah Carey has also been climbing the charts and reached #5 on 8th Dec, and then #2 on the 15th.
The oldest Christmas song to feature in the 2017 chart was penned 77 years ago in 1940 by Irving Berlin. Bing Crosby's version of "White Christmas" is the best-selling single in the World and to date, has sold around 100 million copies. The classic hit was back in the chart for 8th Dec at #84, climbing to #38 on 15th.
What will the chart look like in another 20 years time, I wonder, and will I be around to see it? I can't answer that, but I doubt very much that any of today's forgettable hits will be back in the charts, so I would imagine that the classic hits of yesteryear will still be relied upon to bring festive cheer.