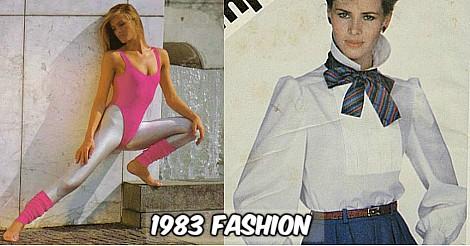 This slideshow features Jennifer Beals wearing various outfits in 1983. Headbands were particularly popular around this time with pop stars such as Sheena Easton and Olivia Newton-John wearing them. As you can see in the first image, they weren't just worn with 80s workout gear. Shoulder pads and power dressing for women were also a major part of 1983 fashion. 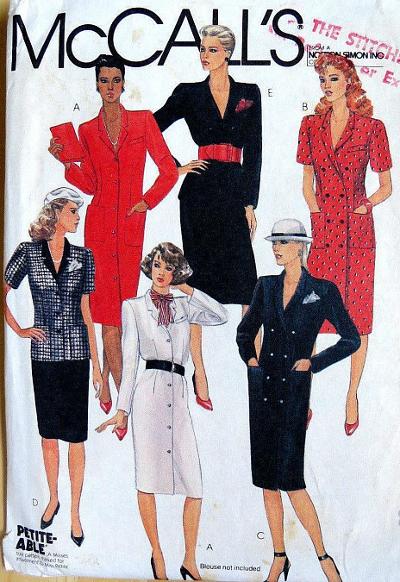 This 1983 sewing pattern for dresses and coats gives a nice example of power dressing for ladies. Note the neck scarf which were very popular with career women. 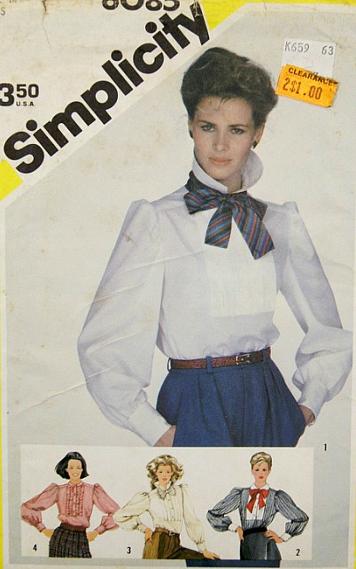 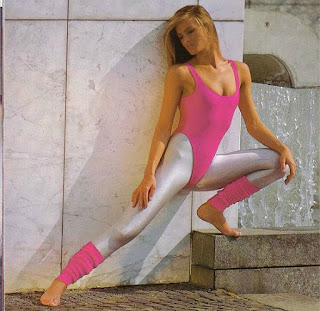 The 80s workout craze reached its peak during 1983, with sales of leg warmers and leotards going through the roof. 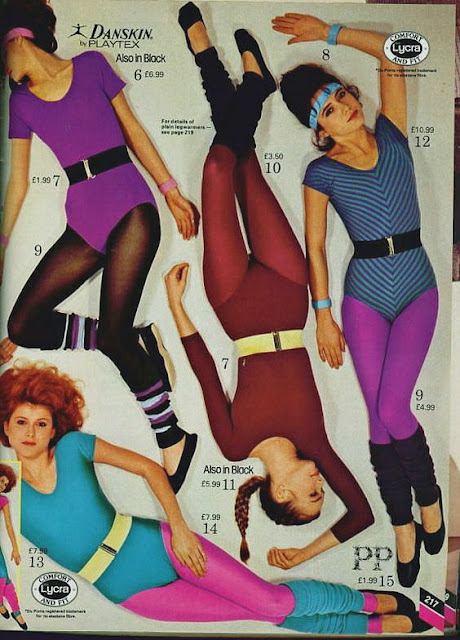 To create an 80s workout look, wear a lycra leotard with a big belt around the waist, and leggings or tights with scrunched up leg warmers. A headband and sweat bands are optional, but really will enhance your look. There are no strict rules about the colours, but pastel or neon colours such as pink, purple, turquoise and silver were popular, and for fancy dress purposes these colours look very 80s. Animal print and striped leotards can also be used. 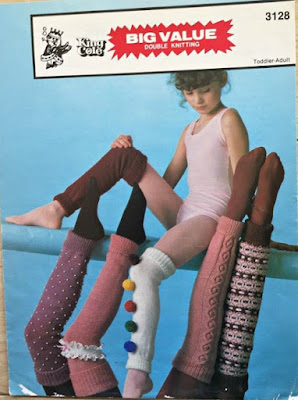 This knitting pattern panphlet from 1983 shows us that leg warmers were still popular, although I can't remember many girls wearing them with bobbles on!

The Ra-Rah (or Rah-Rah) skirt was particularly popular with ladies during 1982 and 1983. The look was enhanced (or ruined, depending on your point of view) by girls who decided to wear 3/4 length leggings underneath. 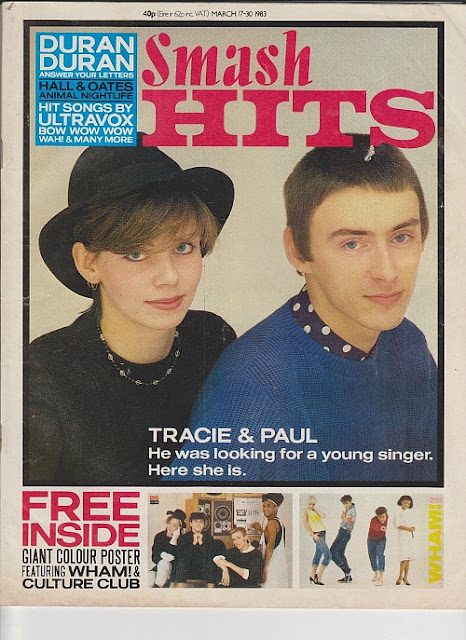 On this Smash Hits cover from 1983, we see Tracie Young with Paul Weller from The Style Council. I remember a lot of stylish girls wearing hats at this time, and more will feature further down this post. Weller has stuck to his mod revival style.

Annie Lennox provided us with a now iconic 80s look. Her style was androgynous, with cropped orange hair (which looked even more striking against her pale face) and a suit. This matched well with the cold synthesizer sounds provided by Eurythmics, although her voice was warm and sensual. 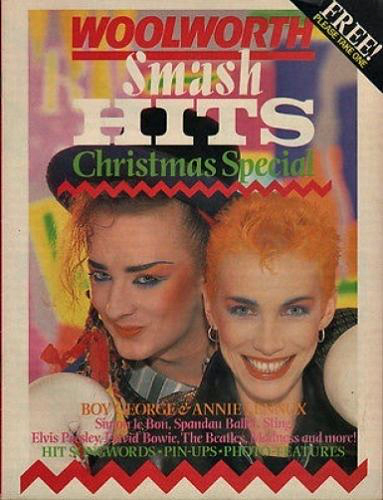 In this cover photo from a Woolworth Smash Hits Christmas Special (1983) we see two 80s fashion icons together - Annie Lennox with Culture Club frontman Boy George. Annie's hair is slightly longer here and the make-up is almost as bold as George's. A magazine front cover doesn't get any more 80s than this.

I still remember the day when Boy George first appeared on Top of the Pops. He became the talk of the school playground, with fierce arguments breaking out over which gender he really was. My Dad was pretty bemused, too. In his typically blunt manner, he asked me "What the hell is that?".

Alannah Currie from synthpop band Thompson Twins provided us with another iconic 80s style with her crazy hair which was half-covered by an over-sized, peaked hat.

A fitness fad was still gripping the nation in 1983, with leg warmers, leggings and over-sized sweatshirts with batwing sleeves (often worn with big neon or white belts) being the order of the day for teenage girls. Leg warmers were particularly on-trend and were even worn over jeans. Exercise gear had become streetwear, but by the time I left school in 1984, the craze had almost died a death.

Yes, even Barbie joined in with the 80s dance and fitness craze by donning a leotard, leg warmers and a headband.

Founded in 1983, Swatch watches became very trendy and there were dozens of quirky designs available, With the advent of the digital watch, these artistic designs helped to halt the decline of traditional mechanical watches - this became known as the Quartz crisis.

Well, here endeth my glimpse into 1983 fashion. No doubt, I will come back to this post and add more items as I find them.

Shell Suits in the 80s 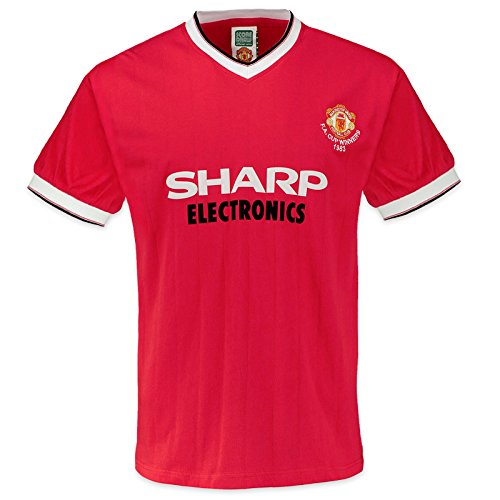 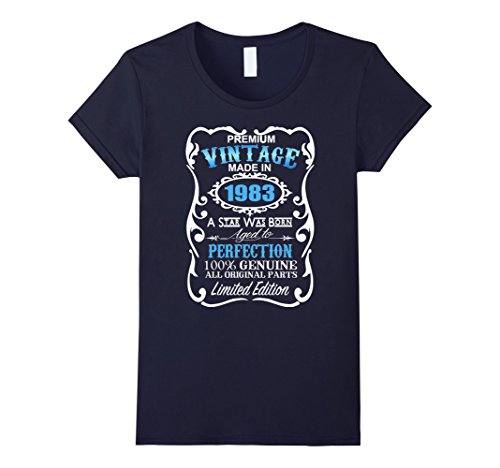