Splattering paint onto your clothing was a fashion trend that many would rather forget. Venturing outside looking like you had just been painting your living room in neon colours was certainly a quirky idea. I remember a girl at school who splattered paint all over her denim jacket. Actually, I guess it was pretty cool at the time, although I can't imagine that her parents were too happy about it!
Paint splatter fashion has seen something of a resurgence since around 2009, and can look pretty effective when done professionally. Of course, it is far easier and less risky just to buy your clothing with a paint splatter print from a store.
For a truly authentic 80s look, you can buy some wonderful, vintage paint splatter clothing from Etsy. 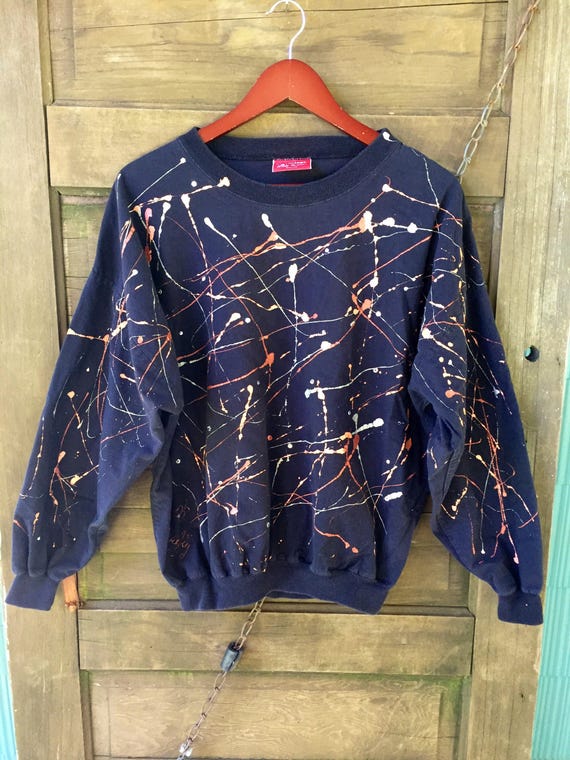 Here is an example of a top I found. Chances are that it will no longer be available when you're reading this, but it gives an example of what's available.
If you would like to recreate the style for a 1980s fancy dress party or event, then there are a number of ready-made costumes available.

This eye-catching, ready to go eighties party costume is also available in a Plus Size in the UK. The above link to Amazon.com in the U.S. should show you the full range of costumes, includes plus size and for girls.

Although the item at Amazon.co.uk has received one negative review, as it is suggesting that the wrong size was sent (rather than the actual costume being rubbish) you may want to take the risk. The reviews for the same costume on the U.S. site are more positive, and you may want to check them out before deciding whether to purchase in the UK.

During the 80s, splatter paint designs became popular on leotards, leggings, skirts, tops and even dresses. A paint splattered leotard was usually worn with plain or shiny leggings or tights. Also popular were splatter leggings worn with a plain or shiny leotard, but it was rare to see both the same design of leggings and leotard together, although the rules of fashion were there to be broken back in the 1980s, so I'm pretty sure that there were some fitness freaks who wore both together.

I would recommend wearing plain or shiny leggings in pastel or neon shades with the leotard above for a classic 80s workout fashion style.

Unfortunately, leotards or bodysuits adorned with a splatter paint design are very hard to find, but I managed to find a very 80s leotard at Amazon.com as shown above. Sadly, this isn't available at the UK store.

However, leggings are a different matter and there are several designs available at both the UK and U.S. Amazon stores.

All of the following leggings are available at amazon's US store... 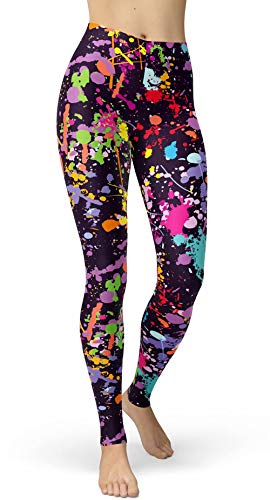 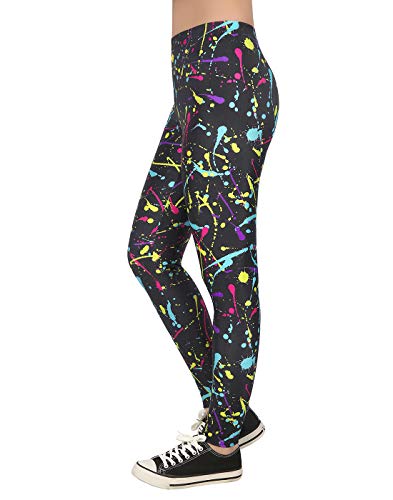 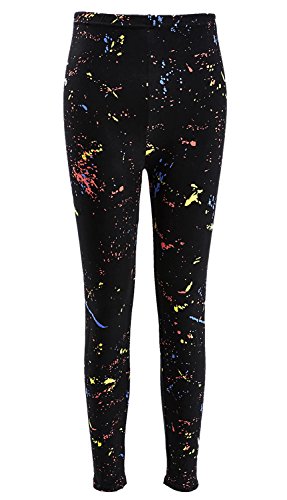 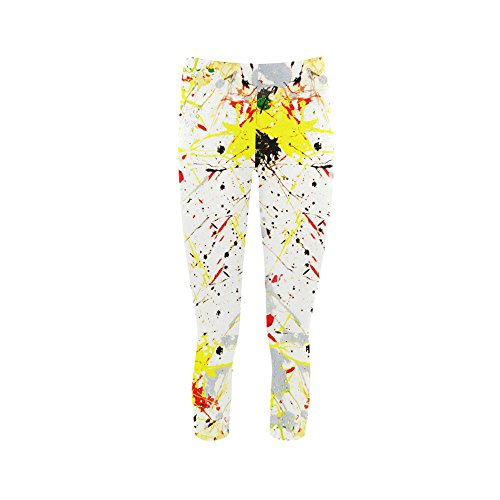 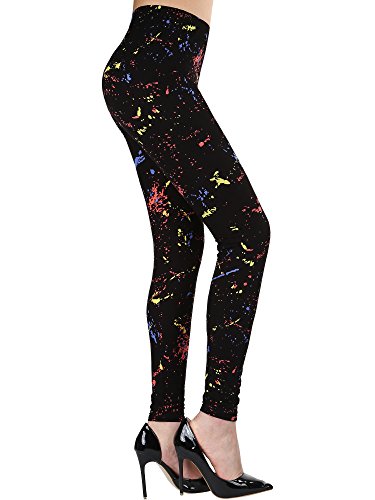 I could only find one pair of suitable leggings at the UK store, but there are four pairs perfect for 80s dress-up at the U.S. store. 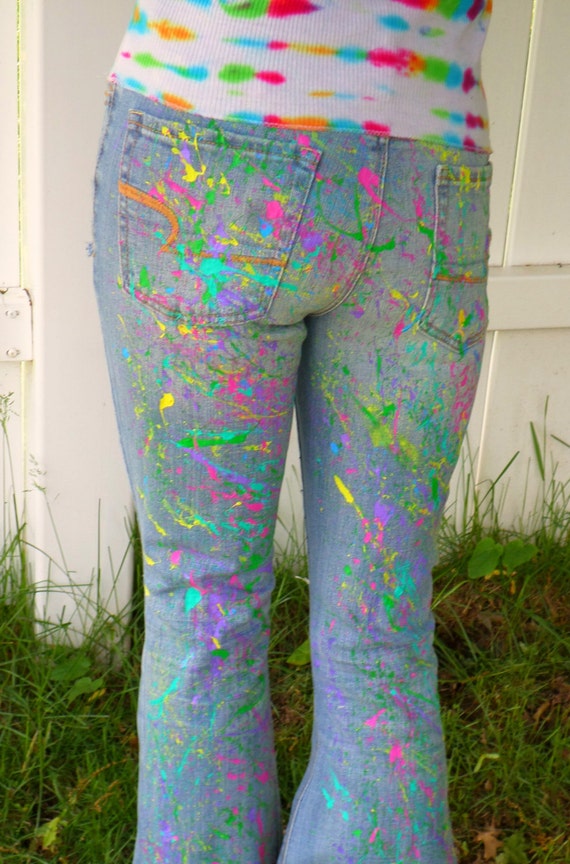