SHOPPING IN THE 80S

You don't need me to tell you that shopping in the British high street certainly was a very different experience back in the 1980s. For a start, there was a choice of shops from which to buy the latest music releases from, and for the first half of the decade, the most popular formats were cassette and vinyl.

Our Price was a popular music store chain and there was a store on almost every high street. In fact, they were so successful that there were two stores near me in Cheltenham.

Woolworths also had a fine selection of records and tapes. I remember they also stocked a range of budget titles by Pickwick Records, which usually contained sound-a-likes or reissues of original recordings.

Failing that, most towns also had their own independent record stores which would also sell some of the more obscure artists and music genres which hadn't a chance of making it into the higher end of the charts. These days, most record shops have bitten the dust, and you consider yourself extremely lucky if you find anywhere on the high street selling physical music formats, although vinyl has seen a resurgence in recent years.

By the end of the eighties, the CD format was just starting to become the more favoured format choice, with both vinyl and cassette seeing a pretty large downturn in sales.

There was a big choice of electronics stores including Maplin and Dixons, but my favourite store, by far, was Tandy - you may be surprised to learn that they still have an online presence at  http://www.tandyonline.co.uk/electronics.html. This store was a favourite amongst electronic enthusiasts and hobbyists. Upon entering the shop you would usually find a small group of geeks discussing the size of their floppy, or whether its possible to start a thermonuclear war on a TRS-80. After concluding that they couldn't, they would then ask the assistant if they stocked the IMSAI 8080 computer that they had seen in the movie WarGames. And if they weren't discussing computers, they may have been discussing whether Betamax or VHS was the best videotape format.

Video recorders were expensive beasts back in the day, so much so that many people chose to rent them from Rumbelows or Radio Rentals. In fact, in 1980 only 5% of British households actually owned a VCR. Renting became so popular that the chain grew to a point where there were 500 Radio Rental Stores at its peak.

After you had rented your JVC video recorder, you could pop into the local video rental store to take out the latest film for the evening. I remember heading straight to the horror section on a regular basis where you could find delights such as Night of the Creeps or An American Werewolf in London - just perfect for a night in with the family!

"Our Price" by http://www.ourprice.co.uk. Licensed under Fair use via Wikipedia. 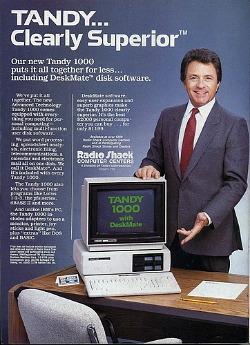 Back in the day, just about everyone had a chest freezer in their garage. If you wanted to stock-up on Ice Pops, Vienetta, Birds Eye Potato Waffles or multi-packs of cheese and tomato pizzas then Bejam was the No.1 choice to visit.

If it was jewellery you were after then you could pop into Ratners to find a bargain. Well, that is until 1991, when Gerald Ratner decided to denigrate his own products by calling them "total crap". After this, if you wanted a bargain then Argos would be the top destination.

Now, if you were to mention the name Timothy White then, no doubt, today's youngsters would be scratching their heads asking "who the heck is he?". He was actually a pharmacist, and at one time there were 614 stores across the British Isles. However, when the pharmaceutical part of the company was taken over by Boots in 1968, the number of stores was cut to 196. You may remember regularly visiting a Timothy White's shop to buy your homeware - there was certainly one in Straford-Upon-Avon, I remember. Sadly, the last stores were shut down in 1985.

The one store which can't go unmentioned is, of course, good old Woolworths. Actually, I have already mentioned that they sold records and tapes, but they also sold a wide variety of other goods from stationary to Pick 'N' Mix - visit the 80s Sweets page to see what we were all buying.

This was one of those wonderful shops where you could buy just about anything. However, it was the type of store you didn't want to enter with your Mum, because you knew you would be in there for around two hours. She would enter the store with the thought of purchasing a box of Black Magic chocolates for my gran, and leave with half a dozen items from the Ladybird clothing range for kids (which I had to try on in the middle of the aisle), a Showaddywaddy album and a can of Winfield luxury emulsion paint. You may remember that Winfield was the title given to the their own, diverse budget range and included everything from bras to potato crisps! After arriving home, Mum would realise that she had forgotten to buy the Black Magic chocolates and we would have to go back for a second visit! 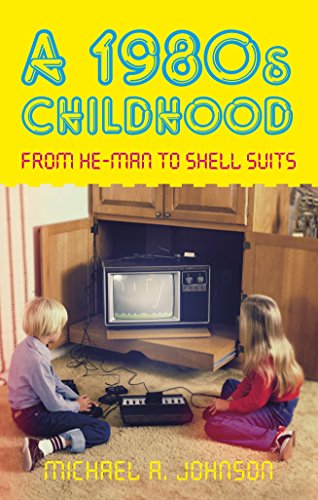 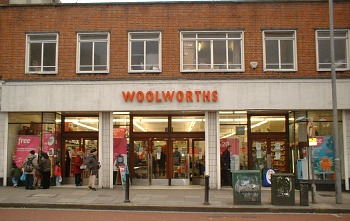 "Woolworths Camberwell - 2004 - Exterior" by The original uploader was Secretlondon at English Wikipedia - Transferred from en.wikipedia to Commons.. Licensed under CC BY-SA 3.0 via Wikimedia Commons. 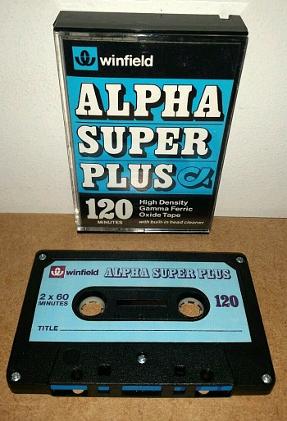 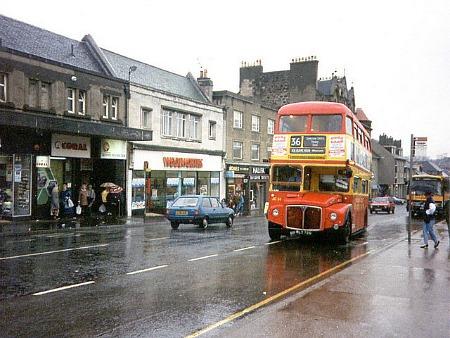 "Johnstone High Street - geograph.org.uk - 1255431" by David Roberts - From geograph.org.uk. Licensed under CC BY-SA 2.0 via Wikimedia Commons.
Here we see a typical high street in 1985. It's raining (this is Britain, what else do you expect!!) and there's a red AEC Routemaster double decker bus, a Ford Fiesta, a group of elderly ladies stood outside a Coral betting shop (maybe waiting to collar their unsuspecting husbands) and a Woolworths. 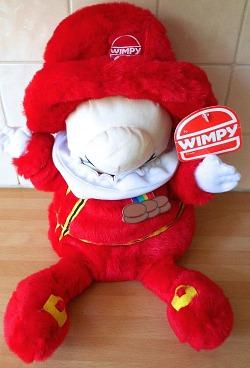 Before McDonalds came on the scene, the most popular burger joint to hang out in was Wimpy. As a child, I was more impressed with choice of desserts on offer, even though everyone else in the restaurant managed to order something that looked far more extravagant than what I was eating. I would gaze longingly at the waitress, not because I was I love with her, but because she was carrying a tray filled with 2 foot tall Knickerbocker Glory's (which were luxuriously decorated with fan wafers and a little umbrella) over to the next table - now why didn't I order one of those? In 2011, Wimpy dropped the dessert from its menu, along with the banana longboat - how dare they!

Overall, shopping was a far more exciting experience in the 80s, and what I miss the most is being able to browse through the many rows of vinyl LPs and 12 inch singles at the local record shop. How I miss listening to a B-side, an extended mix and reading the sleeve notes! 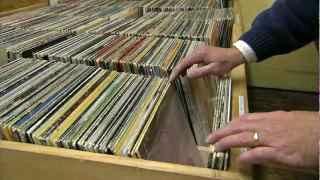 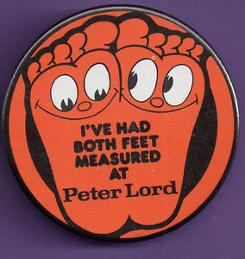 Remember popping into Peter Lord for a pair of shoes? This chain of stores belonged to Clarks and were on our high streets until the 1990s. 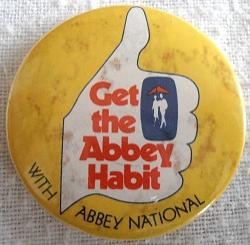 Sweets from your Childhood