Hit Songs from the 90s
Page 6
Here is yet another selection of retro hits from the nineties for you to enjoy.
Whitney Houston - I Will Always Love You (1992) 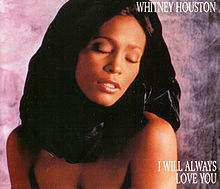 Written by Dolly Parton, I Will Always Love You was originally released as a single by the country singer, from her album, Jolene, in 1974. Whitney Houston's version is actually based around Linda Ronstadt's 1975 version, and was recorded for the soundtrack to the 90's movie The Bodyguard. Interestingly, another version of the song by John Doe plays on a jukebox during the film.

The song spent a whopping 14 weeks at No.1 in the U.S. (10 weeks in the UK) and remains the longest-running No.1 song from a soundtrack in America. The song also topped the charts in almost every country it was released in.

A further four songs (which were all 90s hits) were released from The Bodyguard soundtrack (three in the U.S.); Whitney's cover version of Chaka Khan's 1978 single I'm Every Woman reached #4 in both the UK and U.S., I Have Nothing reached #3 in both countries and Run To You peaked at #31 in Whitney's home country and #15 in Great Britain. A final single which wasn't released in the U.S. entitled Queen Of The Night reached #14, although it did receive a lot of airplay in America and topped the Billboard Hot Dance Club Play charts. 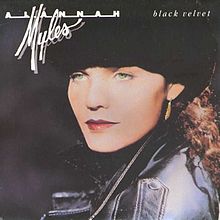 Lifted from her debut, self-titled studio album, Black Velvet was a one hit wonder in the UK for Alannah Myles, reaching No.2 on April 21st 1990. On the Billboard Hot 100 the rock song topped the charts for 2 weeks, and in Alannah's home country the song just missed the top spot, peaking at No.2. The lyrics are about the life of Elvis Presley, and also his untimely death.

The husky-voiced, Canadian singer-songwriter was born on Christmas day in 1958 and started writing songs long before she was even a teenager. Her music was popular in Canada during the 90s, where she continued to have hits after Black Velvet, and, previously, her debut single, Love Is, had reached No.16, although only managed #61 in the UK. The final single from her debut album, Lover Of Mine, reached No.2 in Canada and No.78 in Britain. During 1990, Myles won a grammy award for the Best Female Rock Vocalist.

Her debut album was a huge success in her home country, achieving Diamond sales. In the British album charts she was not quite as successful, but still achieved Gold.
Status Quo - The Anniversary Waltz (Part One) (1990)
This single features a medley of rock and roll hits from the 50s, 60s and 70s, and was the first of two medleys released in the latter half of 1990. The Anniversary Waltz reached No.2 in the UK and featured on the compilation album Rocking All Over The Years, which achieved 2 x Platinum. The medley was also included as a bonus track on a reissue of the British band's nineteenth album Perfect Remedy.

The critics were quick to dismiss the single as being too much like Jive Bunny & The Mastermixers, but the band responded by printing "It's Live Sonny" on the front sleeve of the single together with a drawing of a rabbit. Unlike Jive Bunny, the band played the medley live in the studio.

I must agree that the critics were pretty harsh on the lads during the 90s, and I admire the band for continuing to produce music they love, rather than pandering to the media or latching on to current musical fads. It's interesting to note that most of the artists who did so, enjoyed very short-lived commercial success, while the Quo are still going strong and continue to tour. In July 2012 the band released the single The Winner to celebrate the London 2012 Olympic Games.

By the way, apologies for the visual quality of the video, but this is the best that is available. However, the audio quality is pretty decent which is why I chose this particular one. 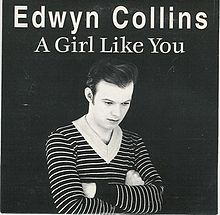 The Scottish musician and ex-Orange Juice founder, Edwyn Collins, built his own recording studio to record the album Gorgeous George in 1994, which reached #8 in the UK album charts.

Lifted from the aforementioned album, A Girl Like You became a one hit wonder for Collins during the 90s, reaching #4 in the UK and #32 in America. The 60s style vibraphone part was played by the Sex Pistols drummer Paul Cook, and the drum track was sampled from a 1965 hit by Len Barry entitled 1-2-3 which reached #3 in the British Singles Chart and #2 in America.

I really like the 60s vibe going on in this song and the guitar solo is simply fantastic. The video clip features a live version of the song which sounds pretty close to the studio version, but with a few added twists. It's a shame that the album isn't as well known because it features some damn fine songs. The observant lyrics deal with all kinds of subjects from relationships to musical festivals. Indeed,  in the opening track The Campaign For Real Rock, Collins lashes out at the music festival scene. If you like catchy songs, awesome guitar work, electronic effects and meaningful lyrics then you should check out Gorgeous George.

A Girl Like You featured in several movies including Charlie's Angels: Full Throttle, Empire Records and The Secretary, and the B-side of the CD single features a remix by Youth, with the two CD Maxi singles including extra tracks.

With no more hit singles to back it up, Collins follow-up album I'm Not Following You was not as successful and stalled at #55 in the UK album charts during 1997. The songwriter's most recent album release was Losing Sleep in 2010 which peaked at #54.
M People - Moving On Up (1993) 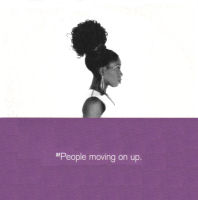 English dance music group M People were very much a 90s act, with all of their hit singles being released between 1991 and 1999. Released in September 1993, with it's infectious bass line, catchy house piano hook and a throbbing house beat, Moving On Up became a huge summer hit and the dance act's biggest, topping the U.S. Dance Charts (#34 in the Billboard Hot 100) and reaching #2 in the UK.

Lifted from the group's second studio album, Elegant Slumming, the song was their seventh single release overall, and also their seventh consecutive Top 40 British hit. The lead single from the album, One Night In Heaven, had previously reached #6 and was also a U.S. Dance Chart No.1.

Despite M People's second album embracing the 90s house music style, it has aged quite well. Heather Small's soulful vocals lift the songs a level above the run-of-the-mill dance acts of the time, and without her, this could have been in danger of sounding like just another house album. Listen carefully, though, and you can hear that the songs are actually intelligently put together. The clever mix of soul and dance, combined with catchy melodies and thoughtful lyrics (that are sung with real passion) are what made M People stand out from the crowd.

Two more singles were released from the album; Don't Look Any Further (#9) and Renaissance (#5). M People continued to achieve success throughout the 90s, with all nineteen single released reaching the UK Top 40.
Theme From Friends - The Rembrandts - I'll Be There For You (1995) 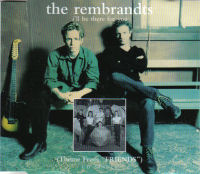 We all remember this one don't we? I'll Be There For You was released by the American duo The Rembrandts in the summer of 1995, and reached #14 in the UK and #23 in the U.S.

Given the popularity of TV series Friends, it's quite surprising that the song didn't become an even bigger nineties hit. It was actually written by no less than six writers, including David Wilde and Phil Solem (who are The Rembrandts), the Friends producers and songwriter Allee Willis. Willis also helped to write Pet Shop Boys What Have I Done To Deserve This?, as well as hit songs for many well know 80s artists inc. Boy George, Cyndi Lauper, Patti La Belle and The Pointer Sisters to name but a few.

The song featured as the fifteenth track of the album simply entitled L.P., but wasn't included on the original release. L.P. is an album of guitar-driven commercial rock songs, but some fans found them too commercial for their liking and preferred the more traditional acoustic sound of previous albums. This is one of those albums on which I expected the Friends theme to be the only decent track, but was pleasantly surprised that it wasn't. What we have is a great mix of well written, up-tempo and down-tempo tracks. You're very likely to find the album in the local pound store these days (as I did), but if you do, then be sure to grab the bargain of the year!
Page   1   2   3   4   5    6
The ITV Chart Show
List of 80s Music Videos 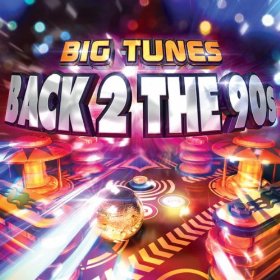