Siouxsie & The Banshees - Face To Face

The Verve - The Drugs Don't Work

BEST MUSIC FROM THE 90S

Please note that I have now added the previously separate videos on this page into the playlist above, although info about each one can still be found below, of course.

Personally, I found the 1980s a much better decade for music than the 90s. However, there were still plenty of decent tunes in the nineties that I simply couldn't ignore. This growing selection of videos isn't in any particular order of brilliance, but there are plenty of memorable songs here for you to enjoy once more. Of course, everyone has different tastes so you're not going to like every track featured. But I hope you will get enjoyment from a few of them, at least.
Lou Bega - Mambo No.5 (A Little Bit Of...) 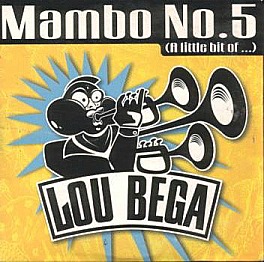 My favourite song from 1999 was a huge hit for Lou Bega, topping the French singles chart for an incredible 20 weeks, and also topping the UK charts and almost every European chart it was released in.

Interestingly, Lou Bega started his musical career as a rapper and has Italian and Ugandan parents, but was actually born in Germany. The song is a version of an instrumental by Perez Prado which was released in 1949. Bega sampled the song and added his own lyrics, and the CD Maxi single features an Extended, Havana Club and Trumpet mix.

The latin pop song was a one hit wonder in the UK and U.S., but although the follow-up single I Got A Girl only reached #50 in the UK, it did manage to break into the top ten in a handful of European countries.
They Might Be Giants - Birdhouse In Your Soul

Not to put too fine a point on it, this is certainly one of the weirdest videos and songs from the 90s! The lyrics tell the story of a nightlight and explain how it is your only friend while you're sleeping, but it is not actually your friend in the true sense of the word because it's an object, of course. The birdhouse in your soul is a safe haven for the light (created by the nightlight) in your soul. They're rather complex and novel lyrics, and a blue canary is also mentioned in them, but I'm at a loss as to what they are really all about.  Maybe someone can explain using the comments section at the bottom of the page??

The song was the third single release by They Might Be Giants, and reached #6 in the UK and #3 in the Modern Rock Chart in the U.S. during 1990. The track was the first to be released from the album, Flood, and two more singles were also released; Twisting and Istanbul (Not Constantenople) which both failed to break into the Top 40. Indeed, Birdhouse In Your Soul was the band's only major hit, although Boss Of Me managed to reach #21 in 2001, saving them from joining the "One Hot Wonder" brigade.

Ricky Martin - Livin' La Vida Loca
We all remember this one don't we? Ricky Martin's first British hit was in 1995 with the song Maria which reached #6 in 1995. However, it wasn't until the release of the energetic tune Livin' La Vida Loca (Livin' The Crazy Life) in March 1999 that he achieved success in the U.S. The latin-pop song topped the charts in both the U.S. and UK and was the lead single from the Puerto-Rican singer's self-titled studio album. It is now recognised as Ricky Martin's signature tune.

Interestingly, the song wasn't recorded in a conventional studio and was created entirely using Pro Tools software on a computer. The singer had two further British hits from the album with Shake Your Bon-Bon and Private Emotion. The album was a huge commerical success, achieving multi-platinum sales in several countries with sales of around 22,000,000 Worldwide.

In 2012, Martin released a cover of Madonna's 80s hit La Isla Bonita, but it was not a commercial success, peaking at #99 in the Billboard Hot 100 and an even more dismal #152 in the British charts.
Roy Orbison - I Drove All Night 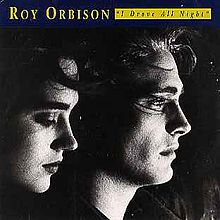 This 80s song first became a Top Ten hit for Cyndi Lauper in 1989, but it was actually recorded by Roy Orbison before this in 1987. However, the American singer-songwriter never got around to releasing it before his death On December 6, 1988. The song was eventually released by MCA in 1992, and was also a success for Orbison, reaching #7 in the UK.

Most of the singer's hits were in the 60s, with the rockabilly tune Oh, Pretty Woman being his most successful, topping the charts across the globe, including the U.S. and UK. His musical career started in the 50s rock n' roll era, and he released 92 singles overall, although a handful of these were released after his death during the early 90s.

Orbison also achieved success shortly before his death, as part of the super group Traveling Wilbury's in 1988. Other members were Bob Dylan, George Harrison, Tom Petty and Jeff Lynne.
Maria McKee - Show Me Heaven
Released in June 1990, Show Me Heaven went on to spend four weeks at the top of the British singles chart during the summer of the same year. However, the song failed to enter the charts in Maria McKee's home country.

The American singer/songwriter was the founding member of the cowpunk/country rock band Love Justice who were active between 1982 and 1986. This solo single gave Maria McKee her biggest hit and it was the theme to the car racing movie Days Of Thunder which starred Tom Cruise, and the song also features on the soundtrack album. The film received very mixed reviews but was a financial success, grossing over $157 million at the box office.

The lyrics are different to the original song that McKee was offered by the songwriters Joshua Rifkin and Eric Rankin. McKee altered them to her own liking and is credited as co-writing them. Interestingly, the B-side features the track Car Building by the German composer Hans Zimmer.
Whitney Houston - My Love Is Your Love 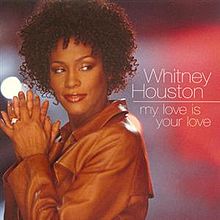 This R&B classic from the 90s was Whitney Houston's third best-selling single, and made the Top Ten in over 20 countries. Written by Wycelf Jean and Jerry Duplessis, and released in the late summer of 1999, My Love Is Your Love reached #2 in the UK and #4 in the U.S. It was the title track and fourth single release from her fourth Multi-Platinum studio album, and the follow-up single to It's Not Right, But It's Okay which reached the top five in both the U.S. and UK.

Many believe that the My Love Is Your Love album was Whitney's finest, although some critics believed that she was trying to cash in by aiming the album at a younger R&B audience. There was much hype surrounding the album as it was her first non-soundtrack release in eight years. Was it worth the hype? You bet it was! Whitney's vocals are truly impressive and she manages to effortlessly adopt the more modern R&B style. The songs really do suit her big voice and that duo with Mariah Carey on When You Believe brings together two immense vocal talents. Stuff what some of the critics said, this is pure class!

Check out the Whitney Houston page which features many of the singer's 80s videos and a tribute.
Jamiroquai - Virtual Insanity
The funky jazz band, Jamiroquai, had four huge albums during the 90s, all achieving at least Platinum in several countries. Virtual Insanity was released as the lead single from the British band's third studio album, Travelling Without Moving, in September 1996 and reached #3 in the UK. The video is a classic and features lead singer Jay Kay in a white room that does some very crazy things! In fact, the video won four MTV awards, including Best Video Of The Year in 1997.

There were still a lot of decent songs in the charts in 1996, but Jamiroquai were definitely one of the coolest bands around at the time. Travelling Without Moving was their finest album. Packed with radio-friendly tunes and no fillers, you have everything but the kitchen sink here - Jazz, funk, soul, pop, nu-disco, reggae and even a digeridoo. Add to that Jay Kay's vocals which just match the music perfectly, and you have a true classic.
Page   1     2     3     4     5     6
List of 80s Music Videos 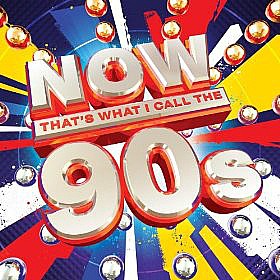