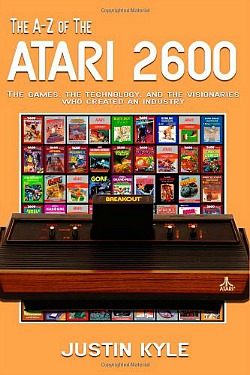 Available in paperback and for the Kindle, The A-Z of the Atari 2600 discusses the games, technology and people behind the classic games console. The guide starts with a brief history and explains how the 2600 (VCS) both created and ended the videogame boom of the late 1970s and early 80s in spectacular fashion.

Around 40 games are also discussed included well-known favourites such as Asteroids, Dig Dug, Frogger and Miner 2049er, as well as less familiar titles such as Demon Attack, Night Driver and Time Pilot. Colour screenshots of the games are also included in the paperback, which is the version I am reviewing.

The guide also features a fascinating interview with the co-founder of Atari, Nolan Bushell, and also discusses Atari's engineer and designer of the Pong game Al Alcorn.

The 164 pages are enthusiastically written and I certainly enjoyed every moment of this book. The author, Justin Kyle, grew-up in a troubled Northern Ireland, and played video-games and guitar as an escape. He certainly knows his stuff and if this book is anything to go by, Justin has a bright future in writing ahead of him. 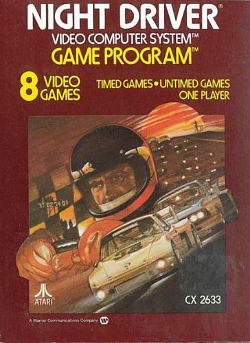 Just one of the many games featured in the guide.