ABC "ALL OF MY HEART"

Released in August 1982, the fourth and final single from ABC's debut album The Lexicon of Love entered the UK singles chart at No.28 on 29th August, making it the second highest new entry that week, behind Dire Straits "Private Investigations", which entered at No.12. The single reached a peak position of No.5 on 19th September for one week. 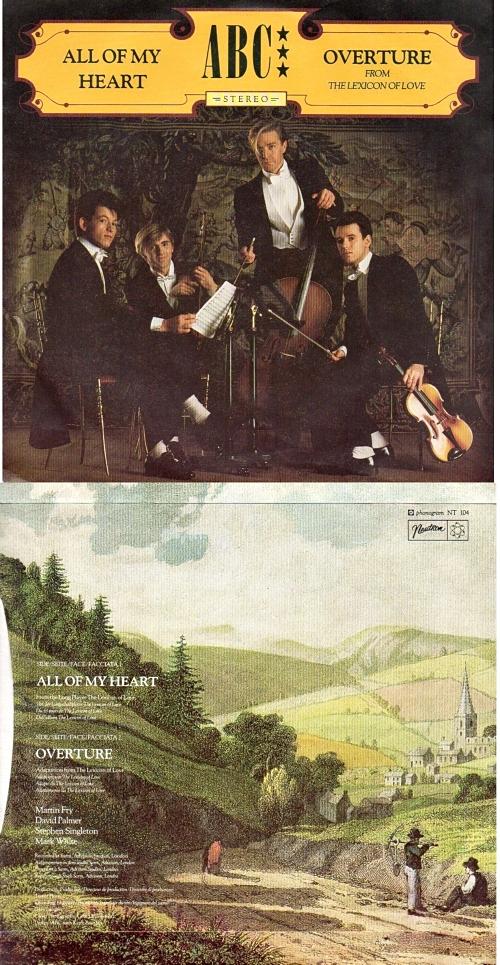 The single has an epic feel, with a lush arrangement, cascading piano and an almost classical quality at times, with strings by Anne Dudley. She worked with numerous 80s artists who were produced by Trevor Horn, including the orchestral medley of songs from Lexicon of Love, which featured on the B-side of "All of My Heart", and was entitled "Overture". Fry's vocals are intense and emotive as he yearns for a lost love. This is certainly the stand-out song from the album, and, quite possibly, the band's finest single.
In the video, lead singer Martin Fry can be seen stood out in a street at night time. He is wearing a long overcoat with an upturned collar, a trilby hat, and a tuxedo underneath. There are flashbacks to his ex-lover. We then see Fry with the rest of the band who are also in Tuxedos, with his ex sat in a chair as he tries to give her his heart. There is also time lapse imagery of the Centre Point tower block in St. Giles, London, a building constructed in the 1960s, which, I believe, is currently under reconstruction.
The song was penned by band members Martin Fry, Stephen Singleton, Mark White and David Palmer. 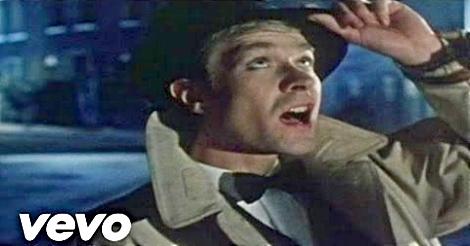 Lyrics for All Of My Heart