First released in 1985, there were actually two very different versions of Action Biker (which featured the Clumsy Colin character from the Skips TV ads in the UK), with the Atari 8-bit and C64 releases looking and playing very differently to the ZX Spectrum version, despite having identical artwork on the front of the cassette inlay card. Indeed, the Speccy version received pretty poor reviews, whereas, the other version received very favourable reviews.
In the Commodore/Atari version, the game features an isometric view of a town, in which, Clumsy Colin has to navigate his way around collecting parts for his motorbike. Once they're all collected, Colin can participate in a drag race. The town includes a building site and rollercoaster which Colin can ride on, fences, walls, trees and a petrol station where he can refuel. One wrong move and you lose one of your five lives.
At the time, the gameplay was pretty unique and this helped the game to become one of Mastertronic's most popular titles. I remember spending quite some time playing game on my Atari 800XL. It was frustrating but addictive, although the fact that your reward is a very short solo drag race was disappointing. Nonetheless, it had many people hooked and was pretty groundbreaking at the time. The fact that it was open world with eight way controls was pretty novel in 1985, too.
Although the music was created by the legendary computer game musician Rob Hubbard, it was not one of his finest pieces, sadly, and the track sounds pretty bland compared to his other works. Nonetheless, the melody is very memorable, if rather irritating. 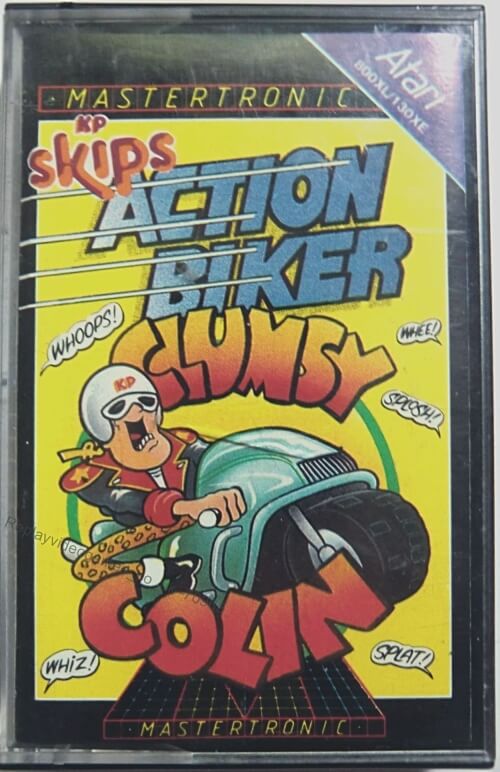 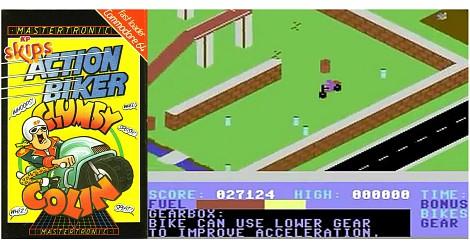 Overall, while I certainly wouldn't call the game a classic, it was one of the better releases by Mastertronic and was certainly worth its asking price. 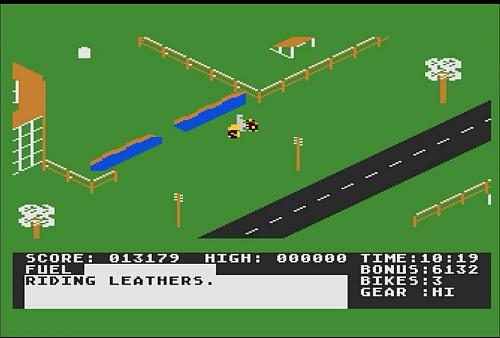 At first glance, the ZX Spectrum version looks like it could be a rather exciting game with its colourful and bold graphics. However, you soon realise that the gameplay is, in fact, pretty dire compared to the Atari/C64 versions.
In this version, you have to hunt for Colin's friend, Marti, and then take him to a spaceport. Rather than use your skills to navigate obstacles, you simply find houses that have items inside them. The lack of isometric graphics and obstacles to overcome makes the game pretty bland to play. Crash magazine awarded a dismal 52% rating to the game, and I can remember Speccy owners being rather envious of their friends with C64's and Atari's who gloated about their superior version of the game! 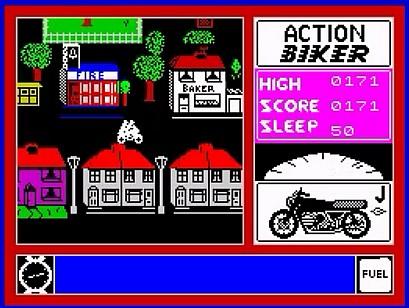 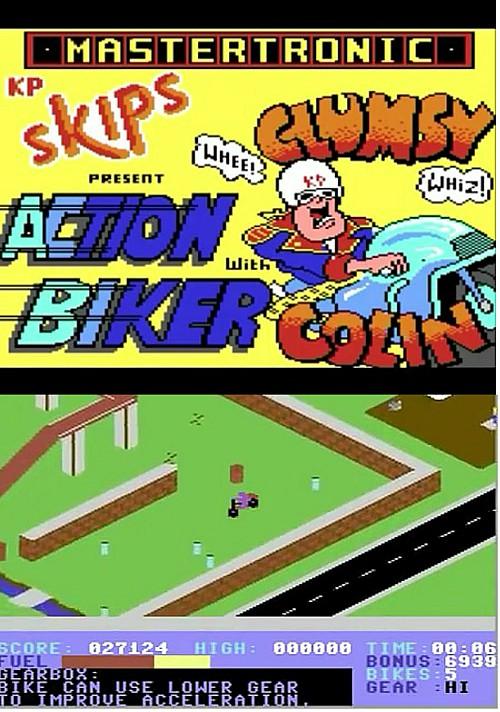