The Amstrad CPC 464 was a latecomer to the 8-bit home computer market, which was already being dominated by the ZX Spectrum and Commodore 64. It's late arrival meant it would never be as successful as these two machines.
I always liked the look of the 464, and had my parents not already bought me an 800XL the previous year, I would definitely have considered it. But that was the problem. The 8-bit market had already peaked, and with other established machines available with a wealth of software titles, Amstrad had their work cut out to persuade people to buy their system.

Amstrad CPC 464 with CTM644 colour monitor. Photo by Bill Bertram [CC BY-SA 2.5], via Wikimedia Commons
Nonetheless, they still managed to take a decent slice of the market, selling around 2 million units in total (3 million if you include all of the CPC models), beating Acorn's expensive BBC Micro (being sold for £349 without a monitor in 1984), which sold around 1.5 million units. It also faced competition from the Atari 800XL which was released in 1983, and the MSX computers - a Toshiba MSX was being sold at Dixons in 1984 for £279.99 without a monitor.
The 464 was launched in 1984, and it was not just the UK where it would be sold. It also launched in Ireland, France, Germany, Spain, Italy, Australia and New Zealand.
The 464 was the first model in the CPC range, and also the most successful. Amstrad wanted to create something that looked like a "real computer" and that was easy to set-up for the computer novice. The numeric keypad and coloured keys made the system look more business-like, although the cassette deck (which made available software cheaper than on floppy disk) made it more appealing to home users and gamers. Although future models were designed to appeal to business owners, the 464 was very much a games machine. 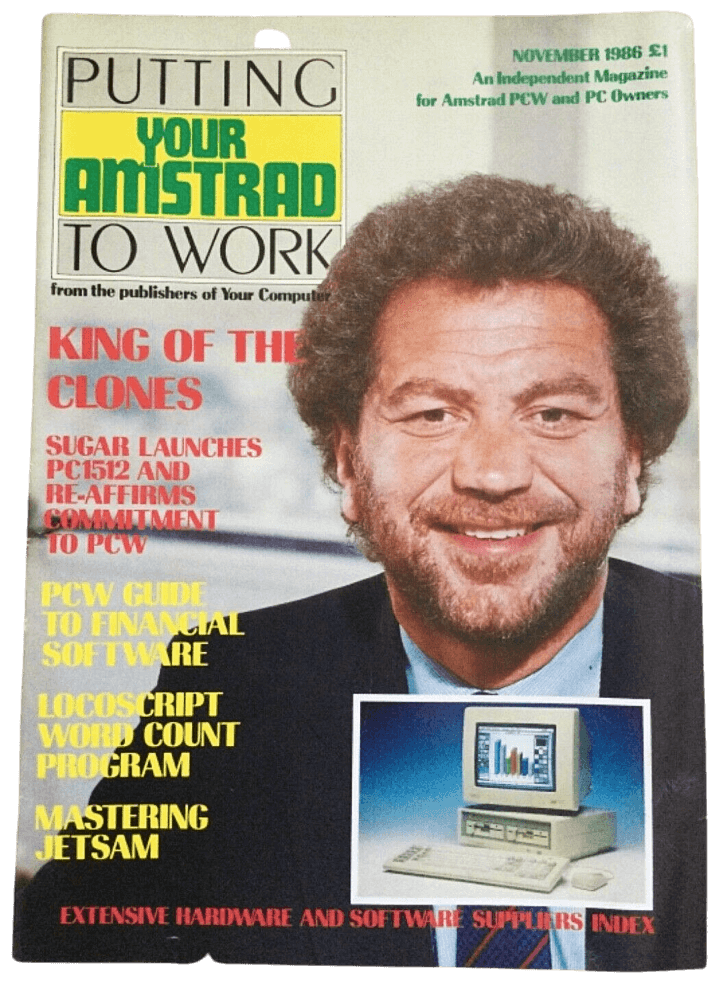 Unlike rival systems, the all-in-one Amstrad computer featured a built-in tape deck, and was sold with a choice of a green screen or colour monitor. The monitor itself contained the power unit, which meant that just one plug was required to power the whole system. This made it a convenient, compact and easy to set-up system with less wires. It also freed-up the family TV set, meaning the user could happily use the computer without causing a family row.
The computer used the same Zilog Z80 CPU as the ZX Spectrum, which ran at 4MHz, faster than the Speccy which ran at 3.5 MHz. It also had a healthy 64kb of RAM, with 42kb available to the user).
The launch price was a very tantalising £249 with a green screen monitor, or £349 with a colour monitor. To ensure that a good range of software was available at the launch, Amstrad created their own software range (AMsoft) and bundled free games with the machine. After the launch of the CPC 664 in 1985 - this had a built-in floppy drive and updated keyboard), prices of the 464 were reduced by £50, making it an exceptionally good buy.
Of course, the downside to buying a system which is powered by the monitor is that if the monitor itself breaks, you're screwed! Fortunately, the CPC 464 was solidly built and proved to be reliable. Many users were still using them well into the 1990s.
However, from a nostalgic point of view, if you're looking to buy an 8-bit computer these days, then it is much easier to find a ZX Spectrum or C64 due to the simple fact that they could be plugged into your TV and were more popular, meaning they are more easily available.

Healthy sales of the 464 ensured that the 464 soon became a popular games machine, with software houses lining up develop games for the machine. Companies producing games for the ZX Spectrum and C64, also ported many of their titles to the CPC 464. However, because it used the same Z80 processor as the Speccy, some were straight ports that didn't take advantage of it's higher res graphics modes or its hardware scrolling, sadly.
Despite the poor Spectrum ports, there were plenty of gems, many of these coming late on such as Prince of Persia (1990) which featured excellent graphics and animation.
Locomotive BASIC was built into its ROM, and was pretty fast - it was basically an improved version of Z80 BASIC used in the the BBC Micro. Users could create their own programs and type in listings from magazines and books. For instance, the Type-in section of Amstrad Action magazine featured BASIC programs, although this section was replaced by an actual cassette of programs included on its front cover. 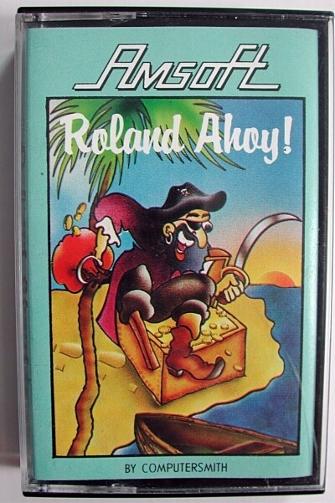 Alan Sugar and Jose Luis Dominguez developed the character Roland to produce a series of computer games on the Amsoft label, starting with Roland Ahoy! in 1984.

The 464 included a 3 voice, 8 octave General Instruments AY-3-8912 sound chip which could be heard from a very small mono speaker - later models also had a stereo headphone jack. The chip was also used in the Oric-1, Colour Genie and MSX home computers. A version of the chip (YM 2149F) was produced by Yamaha and used in the Atari ST.