"Annie, I'm Not Your Daddy" by Kid Creole and The Coconuts

This very danceable tropical/salsa pop number was penned by Kid Creole and the Coconuts frontman and founder August Darnell, and became the band's highest-charting single in the UK, reaching No.2. However, the lyrics for "Annie, I'm Not Your Daddy" are far from joyous, especially the line "See if I was in your blood, Then you wouldn't be so ugly", and certainly clash with the celebratory style of music, as does the video which I'll come to in a moment. It's certainly the only 80s song I know to feature the word onomatopoeia, too - just don't ask me to spell it again! 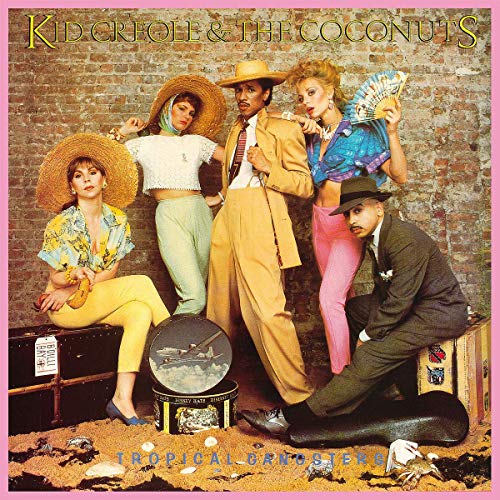 The song was released as the third and final single from the Coconuts third studio album Tropical Gangsters, and entered the UK singles chart at No.39 on October 3rd 1982, reaching No.2 for one week on 24th Oct, being held off the top spot by Culture Club's "Do You Really Want To Hurt Me?". The song became the band's third consecutive top ten hit.
Previous single "Stool Pigeon" reached No.7, and the lead single "I'm A Wonderful Thing, Baby" reached No.4 - the latter also became the last chart hit for the band, when the Brothers in Rhythm Remix reached No.60 in the UK during 1993.
The video is suprisingly dark, and features August Darnell being dragged around by a bunch of angry women with guns. He is eventually led to a warehouse and tied up in ropes and chains. 80s fashion is very evident, with lots of beaded necklaces and heavy make-up, but that's ther least of Darnell's worries! The ladies gather around him with sticks chanting "onamatopoeia" (damn, I had to spell that word again!), resembling a hostile african tribal dance. It's all pretty weird, to be honest!
Tropical Gangsters was the band's most successful album, reaching No.3 in the UK album chart. The band's only other studio albums to chart were the 1981 album Fresh Fruit in Foreign Places (No.99), and the 1983 album Doppelganger (No.21).
The band are still touring, although the only original member is August Darnell, and there is an ever-changing line-up of backing singers and musicians, which currently includes Sarah McGrath from the UK. 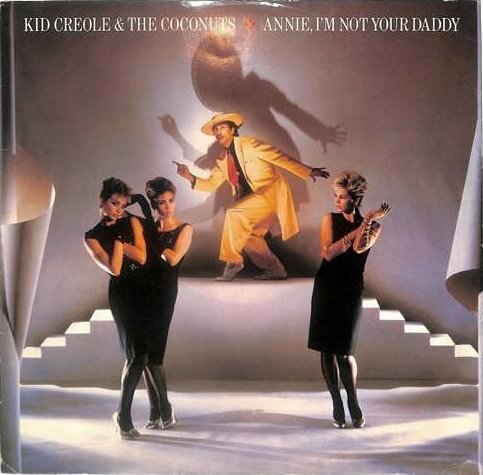