"Paranoimia" featuring Max Headroom was the third top 40 hit for the avant-garde synthpop group The Art of Noise, and the second single to feature a guest star - the previous single "Peter Gunn" had featured the American guitarist Duane Eddy.
Although "Paranoimia" generally didn't chart quite as highly as "Peter Gunn" in most countries, in the U.S., it became the first single for the group to break into the top 40 of the Billboard Hot 100, reaching #34. In the UK, the single entered the singles chart at #46 on 15th June 1986, making it the fifth highest new entry that week. It reached #12 for one week on 13th July. 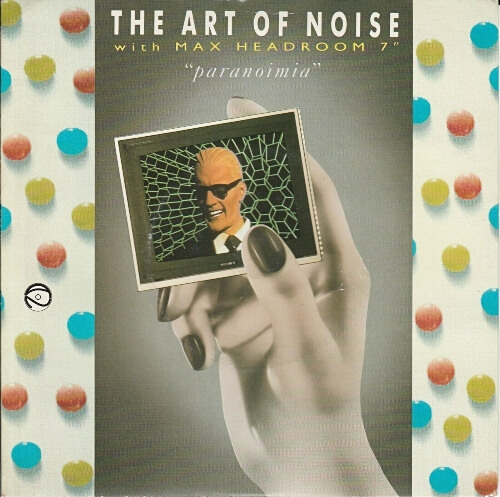 The original line-up of Anne Dudley, J. J. Jeczalik, Gary Langan, Trevor Horn and Paul Morley had already split-up in 1985, with the founders of ZTT Records, Horn and Morley, leaving the project due to artistic differences. This left a trio of Dudley, Jeczalik and Langan. Indeed, it became clear that Jeczalik and Morley didn't get along, with Jeczalik claiming that Morley's song-writing was "pretentious".
"Paranoimia" featured on the group's second album In Visible Silence, and the album version that was included on the original pressings of the album did not feature Max Headroom, and  lasted for 4 minutes and 46 seconds.
The reworked single was just 3:18 and was included on the 1986 album Re-Works of Art of Noise. Now with China Records (who were at the time manufactured and marketed by Chysalis Records) the single was made available on 7", 12", a shaped picture disc and also a one-sided, four track cassette single.
On the 7" single, Max Headroom talks about being paranoid and suffering from insomnia, hence "paranoimia" which isn't actually a real word, but it really should be! The 12" features completely different commentary and is actually even more insane that the 7".

Sadly, the track was dismissed as a "novelty record" by some (including a rather bitter Paul Morley), but I would suggest it's far from it. Listen to it on a decent sound system and you'll discover a top quality dance rock track. It's a song that oozes inventiveness, although the choppy faux CGI stuff does become a little annoying after a while. Nonetheless, Matt Hewer's brilliant acting managed to convince a great many people that this was a real CGI character back in the 80s.
Did you know? The Art of Noise also created the theme music for the chat show The Max Headroom Show, which aired in the UK on Channel 4 from 1985 to 1987.
The trio of Dudley, Langan and Jeczalik officially reformed in on May 25th 2017 as Art of Noise and performed live at Liverpool Sound City. 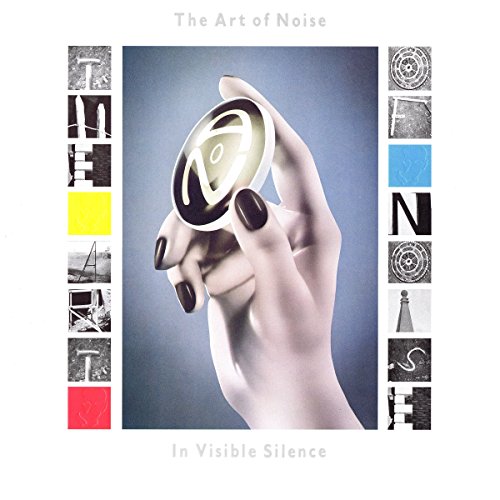