This video features the uploader's top ten favourite games that he played on the Atari 2600 console. I never owned one of these, but my first games console (if you can call it that!) was a Binatone TV Master which had very basic built-in games which were all based around Pong.

However, my first computer was an Atari 800XL, and I quickly became an Atari fanatic and continued buying Atari's well into the 90s. There were many games on the 8-bit machines that were influenced by the 2600.

I like the choice of games in the video as it quite different from the usual cliched lists.

Now, this isn't an obvious choice for No.1, but this is a fun and simple paddle game in which you bounce two stick figures off a moveable see-saw to try and hit the rows of blocks (which are supposed to be balloons) at the top of the screen. It's basically breakout with a see-saw. The original arcade game was simply called Circus and was released in 1977 by Exidy.

Ice Hockey by Activision was first published in 1981, and is one of the best sports games for the 2600. It features nice animation of the players, and received positive reviews. I believe it was the only hockey game for the machine. It was also released for the Atari 7800 console.

This is a simple but addictive overhead racing game in which you bump other cars into onstavles and jump over other obstacles such as water. The game was originally released as Burnin' Rubber in Japan. The Atari 2600 version was published by Mattel Electronics.

This is a very quick-paced shoot-em-up, and the speed on higher levels is totally insane! It was another high quality release by Activision (in 1982) and was designed by Larry Miller, who also created Enduro which was released in 1983. 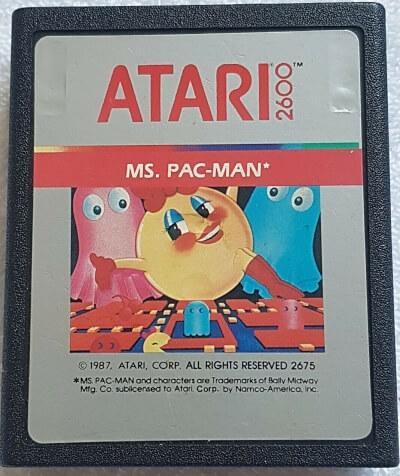 This is so much better than the notorious original Pac-Man conversion, and plays very well. The Atari 2600 version won the Video game of the Year award at the 1983 Arcade Awards.

A nice conversion of the classic arcade game. This one doesn't feature vector graphics, but is very playable and addictive. The original Asteroids game was released to the arcades in 1979 by Atari inc.

I remember playing this one in the arcades, and the game is like an advanced version of Space Invaders with plenty of stages and wave after wave of alien attacks. The 2600 conversion is very decent and colourful, too.

This side scroller is basically Defender 2, and is a very smooth and fast take on the classic game. It was later re-released as Defender II for the Atari 2600. The game features many more alien ships than the original Defender.

This one has all the elements of a real pinball game including the flippers, bumpers and spinners. It was programmed by Bob Smith and released by Atari Inc. in 1980. Of course, the main objective is to try and get the highest score possible, just like real pinball.

This is another simple but addictive game that kind of plays like Pac-Man in space, in which you use your spaceship to collect blocks. The original game was released to the arcades in 1981 by Bally/Midway. The game was also made available for the ColecoVision and Commodore 64. 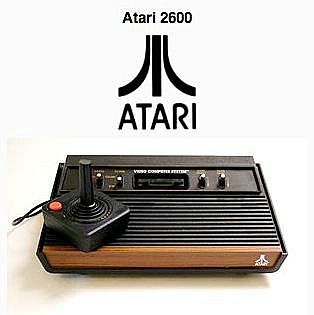 Now, at first glance this list appears to be pretty crazy. I thought I'd include it here as you get to see all the cartridges which are bound to bring back some fond memories. This list of games includes E.T. and Pac-Man, which are widely recognised as being two of the worst games ever released! Pac-Man, of course, is an excellent game on most other formats, but the Atari 2600 conversion was simply lousy!

However, the list actually represents the top ten best-selling games for the console, so it's not quite as ridiculous as it may seem.

Although E.T. initially sold very well in the run-up to Christmas 1982, the very poor quality of the game led to customers returning their cartridges in their droves. Couple that with a huge number of unsold cartridges due to overproduction (an estimated 2.5 to 3.5 million) and the game caused a huge financial disaster for Atari. The game is also considered to be one of the causes of the video game industry crisis of 1983.

Despite its commercial success, Pac-Man on the Atari 2600 was a notoriously bad game to play due to its flickering graphics, and was nicknamed "flicker-man". 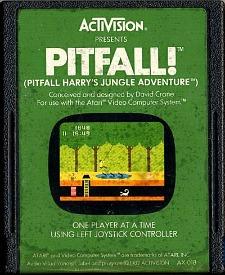 Pitfall became the second best-selling title for the 2600 shifting around 4 million copies. It is this game that, quite possibly, started off the platformer genre. 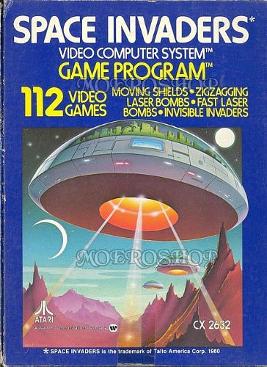 Space Invaders was an incredibly successful game in the arcades. It was also successful on the Atari 2600 selling around 2 million copies, and helped to boost the popularity of the console.

Demon Attack was like a blend of Phoenix and Galaxian, and received rave reviews from the critics. All Game described it as "one of the most critically praised Atari 2600 games of all time."[ 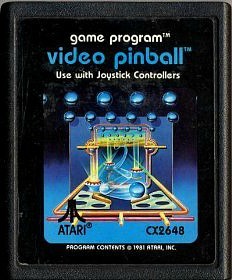