BAD MANNERS "CAN CAN"

The English 2 Tone/Ska band Bad Manners achieved success with nine British Top 40 singles between 1980 and 1982. Their version of the instrumental French cabaret music hall number "Can Can" was the band's joint highest charting single, reaching No.3 on 28th June 1981 for four weeks - the band's third single "Special Brew" had previously reached #3 during the autumn of 1980.
During its time at No.3, "Can Can" was prevented from climbing higher by Michael Jackson with "One Day In Your Life", The Specials "Ghost Town", and Starsound "Stars on 45 (Volume 2)". It was released as the lead single from Bad Manners' third and most successful studio album Gosh It's...Bad Manners, and featured as track 3. The album reached #18 in the UK album charts.
Led by their outlandish frontman Buster Bloodvessel, Bad Manners spent a total of 111 weeks in the UK singles chart. They released nine studio albums between 1980 and 2002, although only their first four releases charted.
In the video above, you can see Buster performing in his typically eccentric style wearing a Can Can dress and Dr. Marten boots on Top Of The Pops.
Bad Manners formed in 1976 while the band members were at Woodberry Down Comprehensive School in North London. The school closed in 1981 and the band said "goodbye and thanks" to the school on the rear sleeve of their Gosh It's... Bad Manners LP.
On 18th July 2006, the band released a live album entitled Can Can which featured 25 tracks.
The band toured the UK during 2016 to celebrate their 40th anniversary.
The Can Can dance was seen as outrageous for a time in the 1800s as the dancing ladies wore open crotch pantalettes which left nothing to the imagination, and this led to some dancers being arrested for indecency! There was actually an all-male group known as Quadrille des Clodoches that performed in the 1870s. 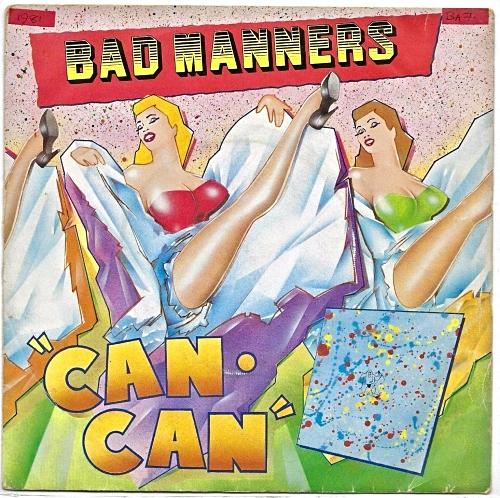 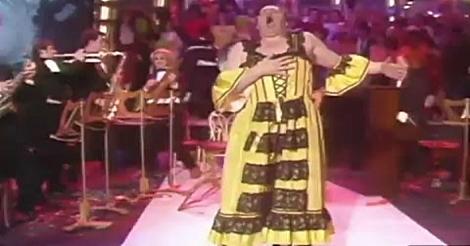 The Beat - Mirror in the Bathroom

Madness - Driving in my Car