Bagpuss was a charming stop motion animation featuring a pink and white striped cloth cat who lived in an eccentric shop (Bagpuss & Co.) owned by a little girl called Emily. The opening of each episode was in a vintage sepia tone, before bursting into colour when Bagpuss woke up - during the 1970s, colour television sets in the UK were still in their infancy, so the effect of going from black and white to colour seemed magical to us back then! 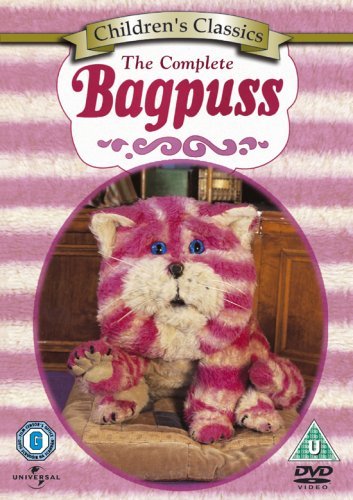 Emily's clothing suggests the shop was possibly set in the Edwardian period. Each episode would open with the narrative "Once upon a time, not so long ago, there was a little girl and her name was Emily, and she had a shop. There it is! It was rather an unusual shop because it didn't sell anything. You see, everything in that shop window was a thing that somebody had once lost that Emily had found and brought home to Bagpuss...".
There is more narrative before Emily recites the verse; "Bagpuss, dear Bagpuss, old fat furry Catpuss, wake up and look at this thing that I bring, wake up, be bright, be golden and light, Bagpuss, oh hear what I sing". He would wake up with a big yawn and everything became colourful, with the other characters waking up, too.
Other characters included Professor Yapple (a woodpecker bookend), Madeleine the rag doll, the Musical Mice and their mouse organ, and Gabriel the Toad who was holding a banjo.
Each story revolved around an item that Emily had brought back for Bagpuss and had placed in front of him. Professor Yapple would then climb down from the book shelf to take a closer look and comment on it, and then the mice would also come and inspect it.
A story about the object (with an animation and music) would then appear in a thought bubble above the head of Bagpuss as a harp played. The object would be repaired or improved and then carried by the mice to the shop window, so if anyone who came past had lost it, they would come in and collect it. 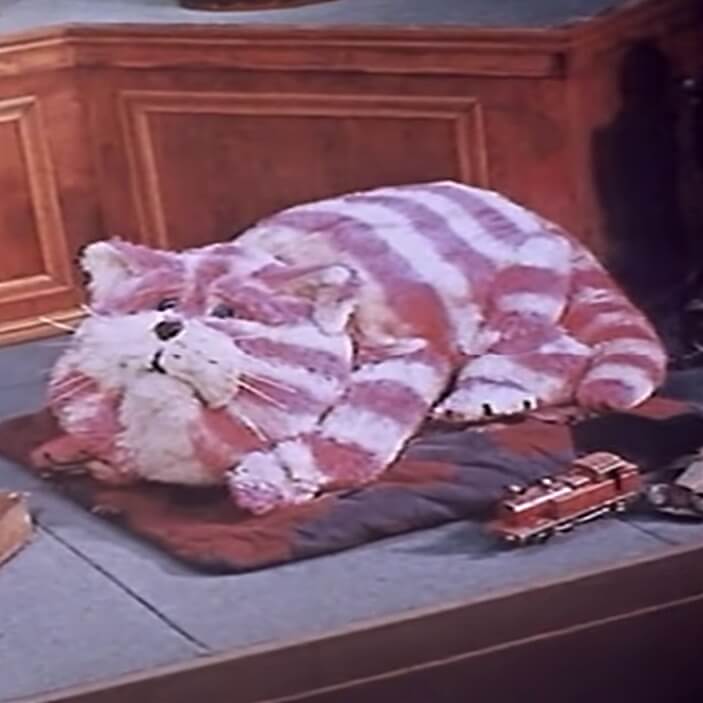 The programme ends with Bagpuss giving a big yawn and settling down to sleep, with the other characters following suit. The narrator (Oliver Postgate) then says "Bagpuss himself, once he was asleep, was just an old, saggy cloth cat. Baggy and a bit loose at the seams, but Emily loved him".
The series was written by Oliver Postgate with the animation and puppetry by Peter Firmin for their production company Smallfilms. Emily is actually Firmin's own daughter. The duo were also repsonsible for other 70s childhood favourites The Clangers and Ivor the Engine.
Unbelievably, just 13 episodes were made which lasted for just under 15 minutes each, and these were originally broadcast from 12th Feb to 7th May 1974. The series was repeated by the BBC well into the 1980s, and the term "Bagpuss" is still searched for by around 15-20,000 people each month online. 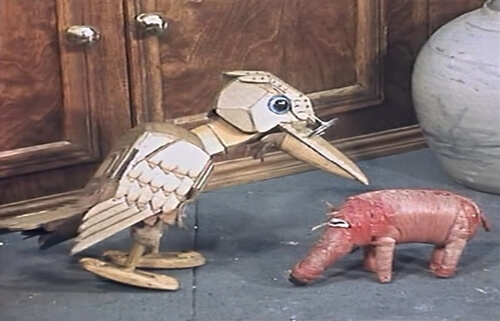 Professor Yapple in the episode "The Elephant" 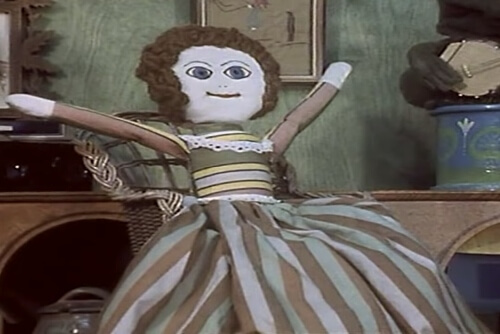 Gabriel the toad was the only character with a mechanism, and did not require stop motion animation. 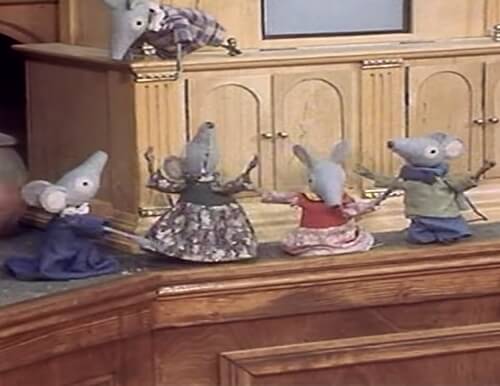 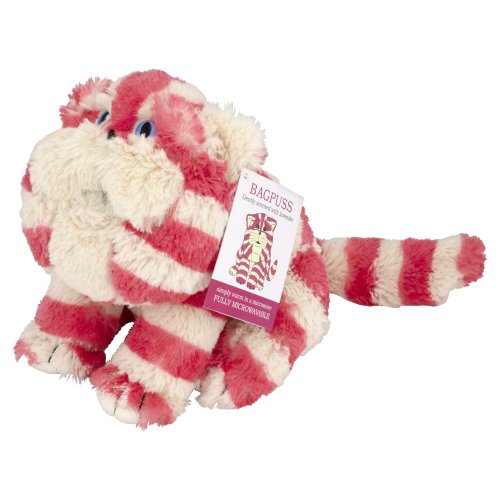