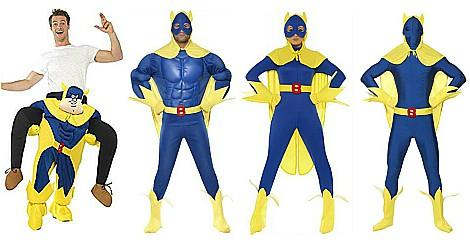 This very 80s and very British cartoon superhero first launched onto our TV screens on October 3rd 1983. There were three series which featured the voice of Graeme Garden as Bananaman himself, as well as Maurice of the Heavy Mob and General Blight. The two other Goodies, Bill Oddie and Tim Brooke-Taylor, also provided voices for many other characters.

In the cartoon, Eric Wimp transforms into the superhero after eating a banana. If you've ever dreamed of becoming the muscle-bound Bananaman, then stop dreaming because now you can - and you don't need to eat a banana!

If you're off to an 80s or retro-themed party or event, then you can't go far wrong in this great-looking costume.

There are actually four different types of costume I want to show you, and the prices vary greatly for each one, so there is something for all kinds of budgets,.
Please note that the Bananagirl Costume has been discontinued.

One of the UK's leading fancy dress suppliers, Smiffys, is selling the Bananaman Padded Muscle Chest Costume (shown above) on Amazon. Here, you will usually find the best prices as all of the top suppliers are on here competing with each other.

However, this costume only comes in one medium size, so you may want to check the other options below if you have a slightly larger frame like myself! 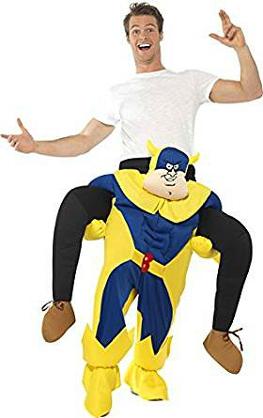 Also available is this fun Piggyback Bananaman Costume which would go down a storm at any fancy dress party. However, it's not cheap, but worth it if you want to stand out from the crowd. Of course, it's also a lot of fun and is certainly going to get a lot of laughs. This could also be used for children's entertainment, and I'm pretty sure that most kids will just love this! 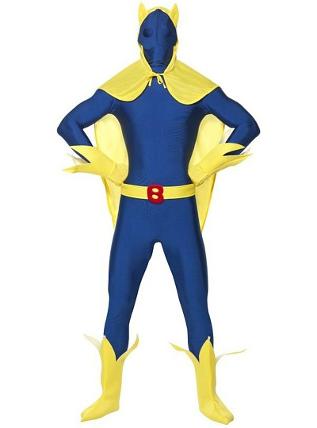 Another option is this second skin costume. Now, being in my mid-50s and far from slim, this would look ridiculous on myself, although Bananaman with a pot belly would be a damn good laugh! Please note that this costume is quite tight and will leave nothing to the imagination! It also doesn't have a padded chest like the first costume featured on this page. However, the price, as I write, was lower than the muscle chest costume, so if you're on a tight budget, then this will be a nice option for you. 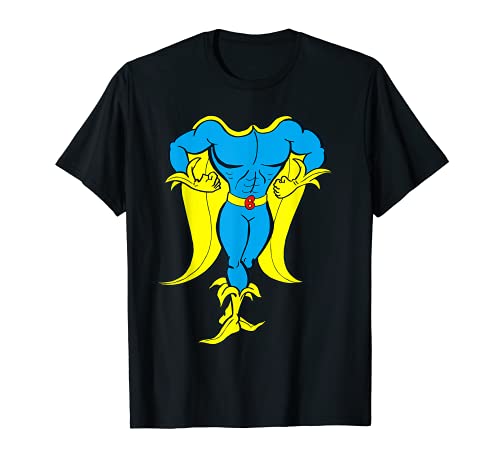 My final option is the cheapest of them all, and it comes in the form of a costume T-shirt. It's the perfect choice for skinflints! The tee comes in several colour choices in separate sizes for men, women and kids, up to 3XL. 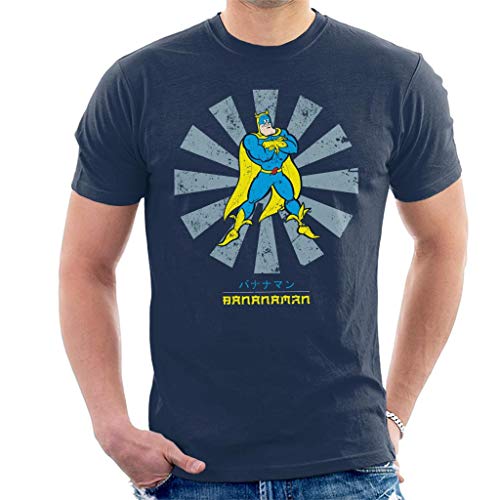