It seems very appropriate that I've added this video during the wettest British summer ever recorded (2012), although the song refers more to oppressive heat, rather than the rain.

You can see the official video in the playlist on the main Bananarama page.

Produced by Jolley & Swain, "Cruel Summer" was Bananarama's first single release to be lifted from their self-titled studio album. It was released in June 1983 in the UK, reaching #8. The song became their first American hit, reaching #9, although it wasn't an instant hit and only became popular after featuring in the movie The Karate Kid in 1984. However, the girls requested that the song should not feature on the film's soundtrack album.
The song was also used in the final episode of series 2 of Cobra Kai, which was originally released on Netflix during 2019.

The Bananarama album was also moderately successful, reaching #16 in the UK and gaining Silver. On the Billboard 200 the album peaked at #30.

The follow-up single, Robert De Niro's Waiting was a much bigger UK hit, reaching #3, but in the U.S. the single flopped, only just making it into the Top 100 at #95. Indeed, the girls had no more American hits from the album. 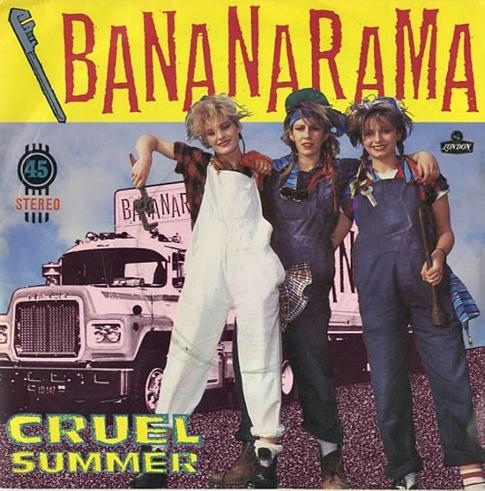 The video was filmed in New York during the August heatwave of 1983. Apparently, the girls found the heat exhausting and rather brutal. According to Siobhan Fahey,  "we look really tired and miserable in the scenes we shot before lunch". However, some local dockworkers shared their cocaine with them and Fahey stated "the after-lunch shots are all euphoric and manic!". The video was directed by Brian Simmons.
The girls can be seen dancing around in their dungarees for the video, which became an iconic look for the group. Later, they board an articulated Mack truck and throw bananas at an angry sheriff who is following them in his car. The video ends with the girls dancing at a roof top party alongside the New York police officers.

In 1989, the group released "Cruel Summer '89" which featured a new jack swing beat, reaching No.19 in the UK in June of that year. 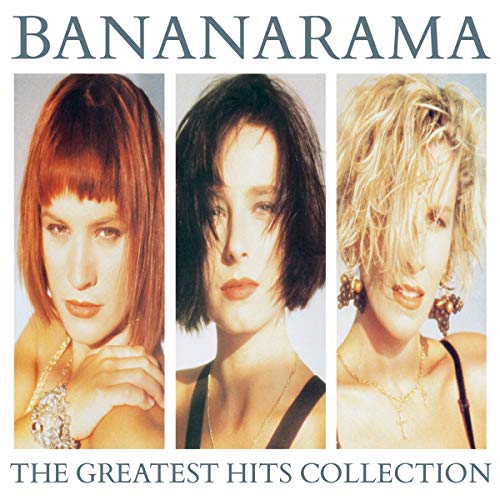 Love in the First Degree