Released as the second single from their self-titled second album in February 1984, "Robert De Niro's Waiting" was the the follow-up single to "Cruel Summer" - the album's lead single was released in June 1983, reaching #8 in the UK.
Chart Performance
The single is Bananarama's joint highest charting single, alongside "Love in the First Degree" and "Help!" ft. Lananeeneenooboo, which all reached #3. The song entered the UK singles chart on 26th Feb 1984 at #48, while German band Nena were at No.1 with "99 Red Balloons". The single reached a peak position of #3 for two weeks starting on 25th March, while Lionel Richie was at #1 with "Hello" and The Weather Girls were at #2 with "It's Raining Men". During the singles second week at #3, Lionel Richie was still at #1, although it was Shakin' Stevens at #2 with "A Love Worth Waiting For".
The single only reached #95 on the Billboard Hot 100 in the U.S. However, it was a big hit in Ireland and Switzerland where it reached #8. The single also reached #22 in Holland and #40 in Australia.
Vinyl Releases
The B-side on both the 7" and 12"vinyl releases in the UK and U.S. included a track called "Push" (4:08). The 12" featured an extended version (5:43) of Robert De Niro's Waiting on side A, with "Link (Single Version)" (1:59) as track 2 and "Push" as track 3. In the UK, pink, green and blue records were released with a picture label for each band member - pink for Keren, blue for Sarah and Green for Siobhan.
A new version of the song was released in 2000 on the 40 track compilation album G-A-Y. Another version was released just a year later on Bananarama's album Exotica, which was released only in France and featured many re-recordings of past hits. 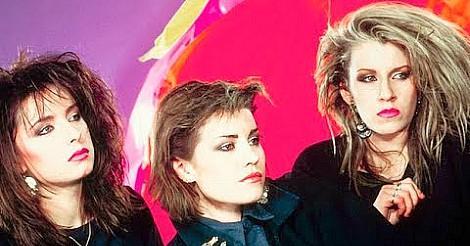 The Video
The video was directed by Duncan Gibbins, who was sadly killed in a wildfire in southern California on 3rd Nov 1993 while trying to rescue a cat. He died in hospital after suffering 95% burns to his body.
Gibbins directed a wide range of 80s pop artists from 1983 to 1987. Interestingly, in 1983, he directed the video for "Who's That Girl?" by Eurythmics, in which Bananarama make an appearance, including David A. Stewart's then future wife Siobhan Fahey - they married in 1987 and divorced in 1996.
The initial storyline for the song was actually about a girl who is date raped and fantasizes about Robert De Niro as a means of escape from the trauma. Although the video is quite dark, it's not as dark as originally planned so it would be more commercially appealing. The working title for the song was actually "Al Pacino's Waiting".
The video opens with a close-up of a man putting on his tie, a ring, watch and shoes, who then gets into a red, open top sports car. He is then seen driving up to Siobhan and shouting out "Ciao Bella!" (hello beautiful lady), but she looks annoyed. Later, the girls are being chased around by what appears to be two mafia guys, one of which was driving the sports car. However, near the end, we see Keren answer the door to the same guy, who is carrying a violin case. He opens it to reveal that he is, in fact, delivering take away pizza! 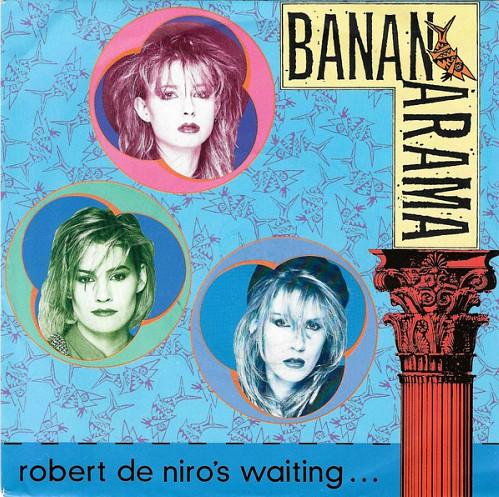