Band Aid - Do They Know It's Christmas?

You have to admire Bob Geldof's passion for trying to get this huge band together. We all remember the following year at Live Aid when he was in the studio during the event and thumping the table asking us all to "forget about going to the pub, just send the money now!".  I'm pretty sure the odd expletive was used, too!

Band Aid was created in 1984 by Bob Geldof and Midge Ure in order to raise money for famine relief in Ethiopia. The reports on BBC news by Michael Buerk inspired Bob Geldof and his wife, TV presenter Paula Yates, to do something to help relieve the crisis.

Ultravox were among the music acts performing on The Tube (on Channel 4) on 2nd November 1984, and presenter Paula Yates was chatting with the band's frontman, Midge Ure, in the dressing room when Geldof called her. Ure was a friend of Geldof who asked his wife to hand over the phone to have a chat with him. He told Ure that he wanted to help alleviate the crisis in Ethopia and they arranged to discuss ideas over lunch on Monday 5th Nov. The pair decided that a charity single was the best option, and Geldof quickly rounded up the big stars of the day to participate in the recording of the single free of charge.

Do They Know It's Christmas? became the biggest-sellling single in UK chart history - it stayed at #1 for five weeks - until 1997 when Elton John recorded a new version of Candle in the Wind as a tribute to Diana, Princess of Wales. The single also topped the charts in 14 other countries and reached #3 in the UK singles chart again in December 1985.

At least 45 artists contributed to the Band Aid single including Phil Collins, Bono, George Michael and Paul Young, to name but a few. A 12" version was also produced by Trevor Horn. The first line of the song was sung by Paul Young. Several artists who didn't perform on the single gave spoken messages on the B-side and these included Paul McCartney, David Bowie and Holly Johnson, as well as Big Country band members Stuart Adamson, Mark Brzezecki, Tony Butler and Bruce Watson.

In 1989 Band Aid II released a new version of the song with a whole set of new pop artists contributing, although Sara Dallin and Keren Woodward from Bananarama were the only singers to also feature on the original.

A new version of the song featuring more recent artists was released in November 2014. 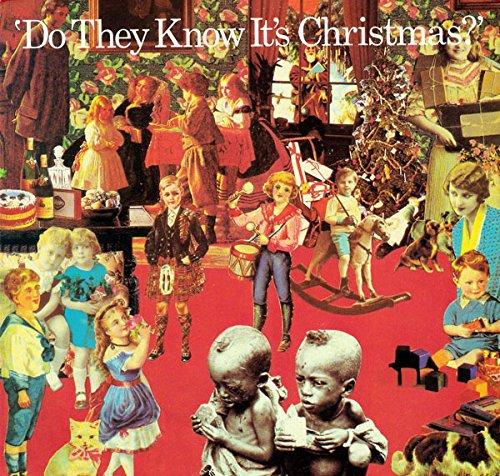 Do They Know It's Christmas? 12 Inch Vinyl Sleeve 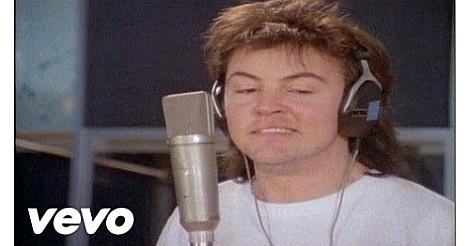