"ONE GREAT THING" BY BIG COUNTRY

"One Great Thing" was Big Country's third single to be released from their third studio album The Seer. The uplifting single entered the UK singles chart at No.27 on 14th September 1986, climbing to a peak position of No.19 for one week on 21st Sept. During this time, The Communards were at No.1 with "Don't Leave Me This Way".
Produced by Robin Miller, an edited version of the song was used by Tennant's Lager in their TV ads during the 1980s.
A version of the song was also used during the launch of the Yes Scotland Campaign by the Better Together Group on May 25th 2012. However, the band and their record label Track Records stated that it did not approve the use of the song and did not take political sides. The Better Together Group stated that they had obtained the copyright to use a newly-produced song called "Down Under" by Munroso, which had no association with the Big Country track.
The lead single from The Seer, "Look Away", became the Scottish band's highest-charting and best known single, reaching No.7 in the UK. The second single "The Teacher" reached No.28, and the fourth and final single from the album "Hold the Heart" reached No.55.
Several single formats were released . The standard 7 inch featured "Song of the South" as the B-side and had a cream/yellow sleeve (see below). A 7" double pack was also released (with a blue sleeve) which also included The Live Texas Tapes with the live tracks "Porroh Man" and "Chance". Two 12" singles were released, one featuring The Boston Mix (blue and white sleeve) and another featuring the Extended Mix of "One Great Thing" with a yellow/cream and white sleeve.
The video is an entertaining affair and features a wide variety of people who sing and perform to the song. The video opens with a group of marching majorettes, followed by a pair of dancers, cheerleaders, morris men, ballet dancers and belly dancers. After this, we see the band performing on stage, followed by other groups of people including swimmers, pilots, clowns, a choir, miners, bee keepers and service men, to name but a few! The video continues in the same vein throughout, switching between footage of the band on stage and different people singing and performing. 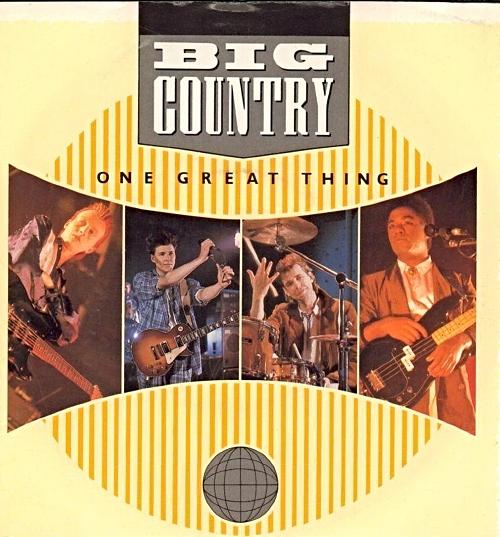 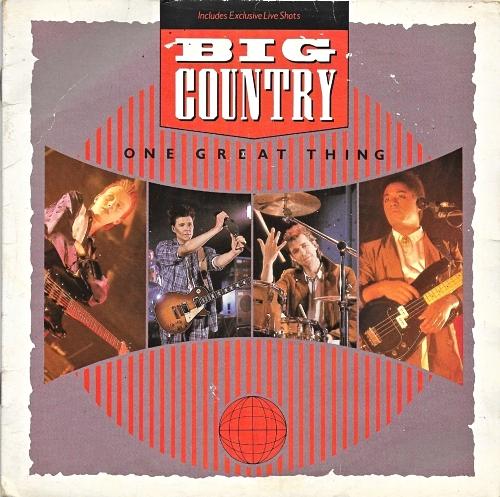 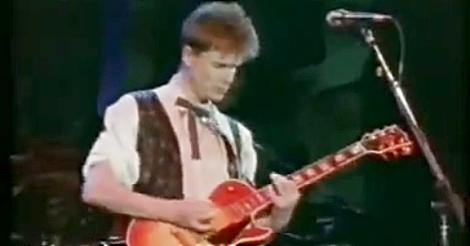