BIG FUN "BLAME IT ON THE BOOGIE"

Those of you who lived through 1978 may well remember the "Battle of the Boogie" in September. Mick Jackson and The Jacksons (who were not related) battled it out in the charts with "Blame It on the Boogie", with both versions being released within days of each other during September 1978.
The song was penned by Mick Jackson, Dave Jackson and Elmar Krohn and this original version was regarded by many as the superior track. Despite this, Mick's version only reached No.15 in the UK singles chart. The Jacksons' version reached No.8, although stalled at #54 in the U.S.
Quite possibly the worst version of all, however, (blame it on S/A/W) was released by boy band Big Fun, and reached No.4 in 1989. Produced by Stock/Aitken/Waterman, the cover became the first single to chart for Big Fun and was also their most successful. It featured on their debut No.7 album A Pocketful Of Dreams.
The single entered the UK singles chart at No.25 on 6th August 1989, reaching No.8 the folowing week, where it remained for 2 weeks. The single climbed again to No.6 on 27th Aug and then to a peak position of No.4 on 3rd Sept, in the same week that Jason Donovan entered the chart at No.3 with "Everyday (I Love You More)".
A limited number of the 12" vinyl released came with a free giant colour poster, which was denoted by a sticker on the front sleeve. The A-side of the 12" featured the PWL mix by Phil Harding. The B-side included the Dub Mix and Instrumental Mix.
After just four hit singles and one album, the hits dried up for the trio, with their final single "Hey There Lonely Girl" stalling at #62. The group reformed in 1994 (without Jason John) as Big Fun II, releasing just one single "Stomp!" which failed to chart. 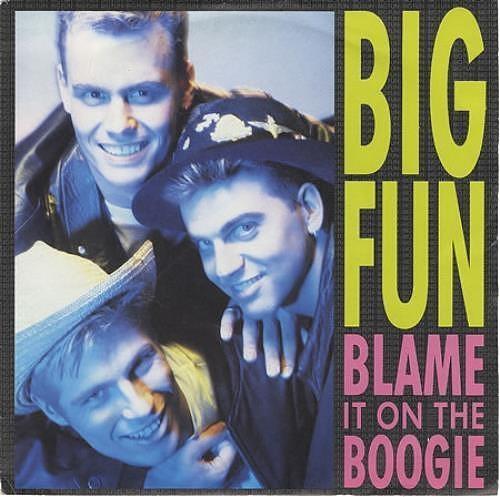 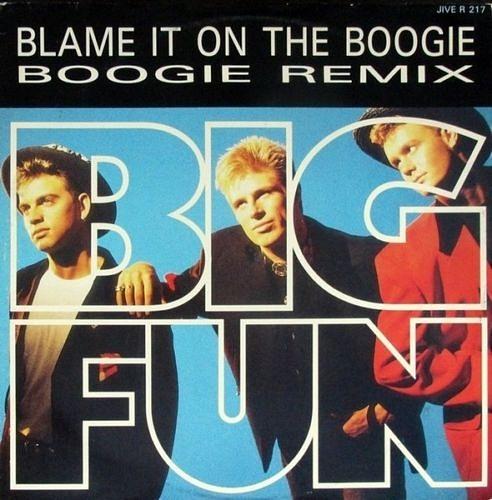 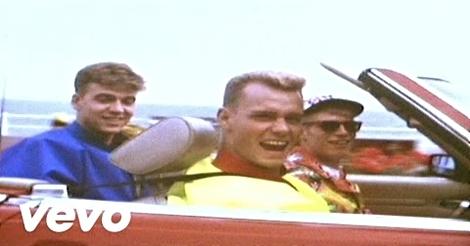 Lyrics for Blame It On The Boogie 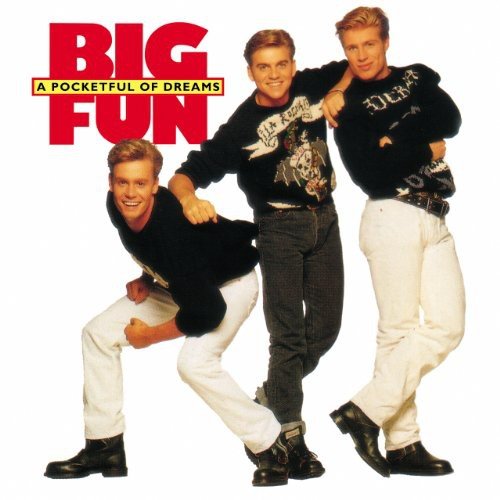 A Pocketful Of Dreams - Big Fun 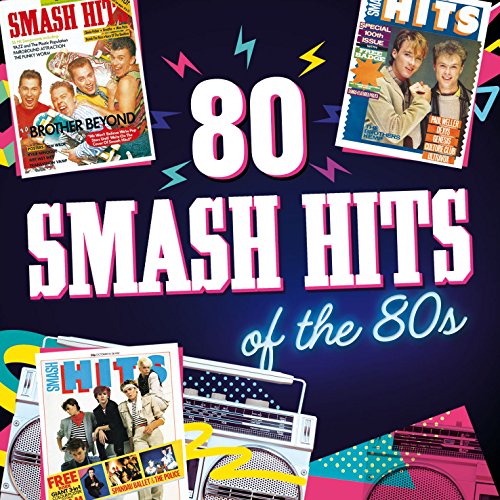