This sitcom was first shown in September 1976 on NBC in America on Saturday mornings. It was also ported to the UK, and I do remember watching this one. It was shown on BBC1 around tea-time if I remember correctly, although I may be wrong.

There was only ever one season (13 episodes) with each episode lasting around 22-24 minutes. The main story revolves around 45 year old middle school science teacher John Martin (Herb Edelman). While holidaying in Florida he drinks spring water from the fountain of youth which causes him to temporarily change into a 12 year old boy (played by Robbie Rist).

Unfortunately, the changes can happen at any time and any place, which causes an awful lot of problems for John and his family. The only people to know his secret are his wife Marjorie (Joyce Bulifant) and son Ricky (Mike Darnell).

Much of the comedy comes from the randomness of the transformation, and although the concept is simple (if not a little silly), I really enjoyed watching this at the time. It's a TV show that's full of 70s cheese, but we didn't really notice as kids at the time.

The theme music was composed by the American film score composer, Richard LaSalle, who was also a pianist and orchestra leader. 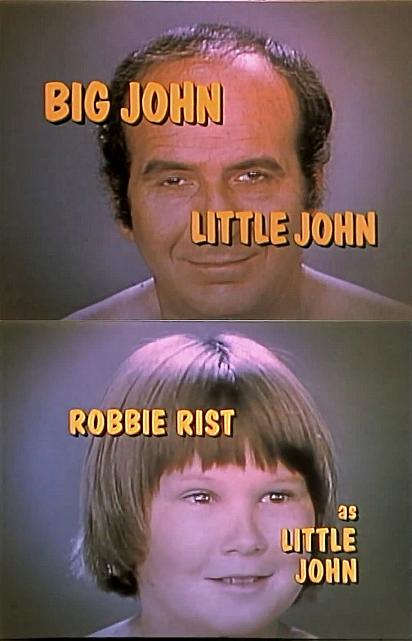