"Don't Need A Gun" was released in March 1986 and peaked at #26 in the UK singles chart. It was Billy Idol's second single release from the eighties rock album Whiplash Smile, and the follow-up to To Be A Lover. A third single from the album "Sweet Sixteen" was even more successful, reaching #17.

I'll never quite understand why "Don't Need A Gun" wasn't a bigger hit, as many fans (including myself!) believe this was one of his best songs.
The track featured in the Miami Vice episode "Down For The Count" Part II.
Overall, the former lead singer of punk band Generation X has released seven solo studio albums and 34 singles. His biggest hits were the 80s songs White Wedding and Rebel Yell which both peaked at #6 in the UK singles chart during 1985.

Lyrics for Don't Need A Gun 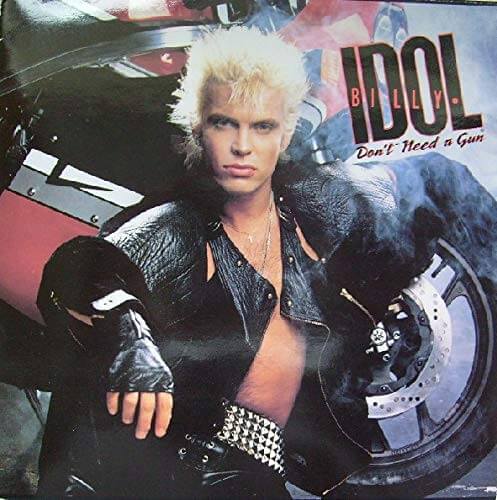