Released as the lead single from his fifth studio album Suddenly, the melodic "Caribbean Queen (No More Love On The Run)" was seen as a comeback single for the British singer/songwriter Billy Ocean, and became his first major chart hit of the 1980s.
It's hard to believe that it was well over three and a half decades ago when the song became a hit - where did all those years go to? Even after 37 years, the song still sounds fresh and gives me a strong urge to get out of my chair and dance to it. Admittedly, now I am 49 - I was 16 back in 1984 - it takes me twice as long to get out of my chair, and my knees creak a little when I dance!
Ocean was born in Trinidad and raised in Essex, England. During 1976 and '77, the singer achieved success with four Top 20 singles, and his last major hit of the 70s was "Red Light Spells Danger" which reached #2 in the UK in 1977. However, his last hit of that decade in the U.S. was "Love Really Hurts Without You" which reached #22 in 1976 (this was also a No.2 hit in the UK).
Despite continuing to release singles and albums, further chart success deserted Billy Ocean for almost 7 years, until the release of "Caribbean Queen", which was a major chart hit in numerous countries, reaching #1 in the U.S. (for two weeks), and also #1 in Canada and New Zealand.
Two other versions were also released in different parts of the globe and these were "African Queen" and "European Queen".
The edited 7 inch single version lasts for 4:06 and the full album version lasts for 7:52.
The song featured in several TV shows during the 80s, more notably on the Miami Vice episode "Prodigal Son" during the second season. An instrumental version featured during the starting line-up of the Daytona 500 which was broadcast on CBS in February 1986 - Geoff Bodine won the race.
The song was produced by Keith Diamond, who also co-wrote the track with Ocean. The sax solo was played by Vernon Jeffrey Smith.
The single won a Grammy award in 1985 for "Best Male R&B Vocal Performance", making Billy Ocean the very first British performer to win that category.
Rolling Stone online list the song at No.45 in their list of "100 Best Singles of 1984".
Chart Performance
In the UK, "Caribbean Queen" entered the charts at #88 on 30th Sept 1984 while Stevie Wonder was at number one with "I Just Called To Say I Love You". The single climbed relatively quickly to reach a peak position of #6 on 11th Nov, while Chaka Khan was at No.1 with "I Feel For You". It remained there for two weeks before falling to #10 on 25th, spending a total of four weeks in the Top 10.
In the U.S., the song entered the Billboard Hot 100 at #85 on 11th Aug 1984, reaching #1 ten weeks later, spending 26 weeks on the chart in total.
"Caribbean Queen" also reached #2 in Australia, #7 in Ireland and #23 in France". "African Queen" reached #7 in South Africa". "European Queen" reached #2 in Germany, #3 in Switzerland, #15 in Netherlands, #20 in Austria, #21 in Belgium, #38 in Italy and #82 in the UK.
The UK 12 inch vinyl (Jive) featured the New Extended Mix of "Caribbean Queen" (8:20) on the A-side. The B-side included the New Extended Mix of "African Queen" (8:20) and "Danced Floor (Extended Mix)" 6:37. 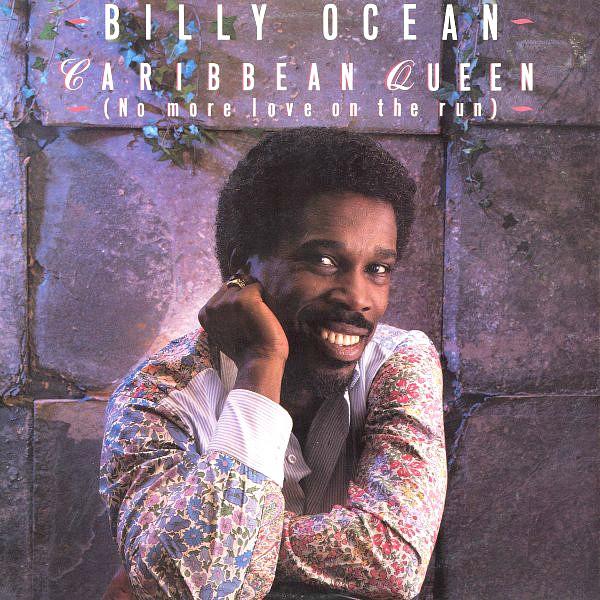 The U.S. 12 inch vinyl included the Special Mix on the A-side and the Instrumental and A Diamond mix on the B-side. 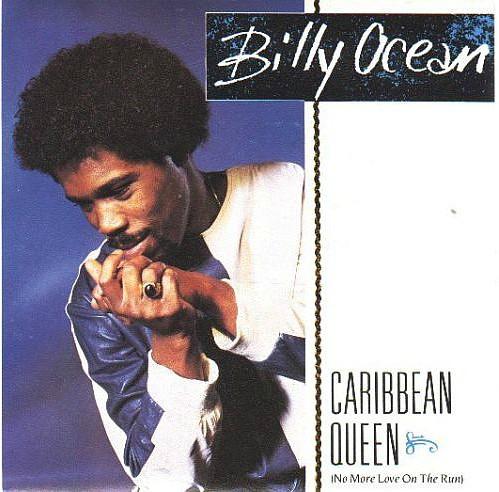 The video's main focus is on a dancer who is practising her moves during backstage rehearsals. Billy walks through the venue while gazing at her with affection and singing his lyrics. 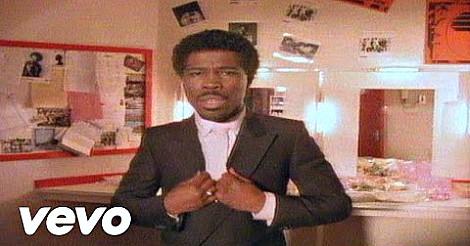 "Caribbean Queen" became the first of a run of chart hits for Ocean during the 1980s, and was his third best-selling of the decade overall. The follow-up single "Loverboy" (also from the Suddenly album) reached #2 in the U.S. and #15 in the UK. The singer's two biggest hits were "When The Going Gets Tough The Tough Get Going" and "Get Outta My Dreams Get Into My Car" which were both chart-topping songs in numerous countries.