Despite being a big Doctor Who fan, this was one sci-fi series that I never really watched. I'm not entirely sure as to why I never watched it, but I've always regretted the decision and felt envious of those groups of geeky kids at school who used to stand and discuss the programme each week.

Four series (52 episodes) of the BBC sci-fi series were originally aired from 2nd January 1978 to 21st December 1981. It was popular right from the offset and watched by up to 10 million viewers per episode, and it became very fashionable to watch it.

The series was created by the legendary television writer Terry Nation. I say legendary, because he was the guy who invented the daleks, and they made their first appearance on our screens in 1963 in the aptly-titled story "The Daleks" which is also known as The Mutants and The Dead Planet. William Hartnell was the doctor at the time, but, of course, you had to be fortunate enough to own a TV set which was pretty much a luxury in those days.

Sadly, Terry Nation suffered from years of ill health during the 1990's and died from emphysema on 9th March 1997. Apparently, he was attempting to revive Blake's 7 at the time. 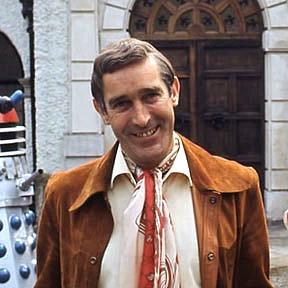 Blake's 7 was set at least 700 years in the future where space travel is the norm. The title of the series comes from the lead character Roj Blake (played by Gareth Thomas), who was very much anti-establishment and once led a group of rebels (deserters and convicted crimimals) against the corrupt Terran Federation before being caught, arrested and falsely charged for crimes he didn't commit. His memory was blocked and he was deported from Earth to a prison ship called London.

They then encounter an unusual and technologically advanced alien craft and the captain of the London sends Blake, Avon, and Jenna across to the ship. They board it with the hope of getting it up and running and making an escape. However, their attempts are unsuccessful and they are blocked by the alien ship's defence mechanism. Eventually, Blake defeats the defence system when it tries to use memories he recently discovered were false. With Jenna as pilot, the three convicts commandeer and escape in the alien craft which they name Liberator.

Blake's plan is to use Liberator and its new crew to attack the Federation and also recruit new people. Their first target is a communications station on the planet Saurian Major.

I'm not going to reveal any more of the plot as, like myself, you may want to watch the series on DVD having missed it back in the late 70s. 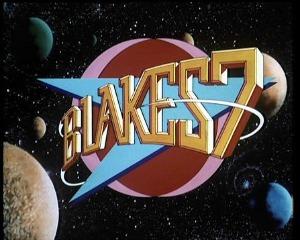 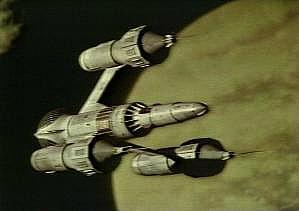 The awesomely designed Liberator
Series 3 and 4

Many new characters appeared in the later series. Dayna Mellanby (played by Josette Simon) is a weapons technology expert who appeared in series 3 and 4. Del Tarrant (Steven Pacey) is a very skilled and ruthless pilot who was trained by the federation, but turns against them - he appeared in the last two series. Slave the master computer of the Scorpio spaceship makes it's debut in series 4, as does Soolin (Glynis Barber) who is an expert gunslinger. 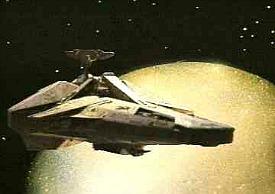 The Scorpio was used in the final series after the Liberator is damaged beyond repair in a battle with the Andromedans. 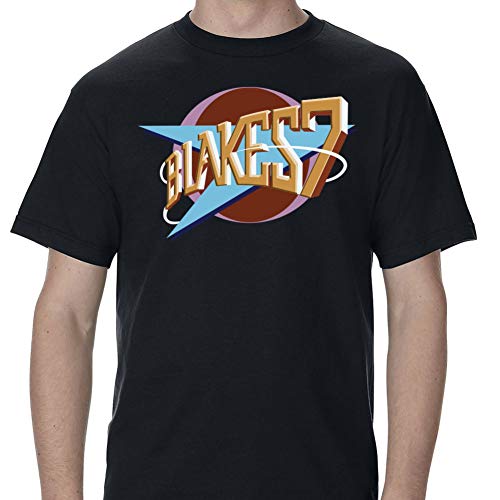