It will come as no surprise to learn that Blocky Kong is based on the classic early 80s platformer game Donkey Kong, although it is not another uninspiring clone, thankfully.

The levels are set on a construction site and the objective of the game is to help a Mario-like character wearing a hard hat to try and reach his lunch box at the top of the screen. Now, you really don't want to mess with an angry-looking gorilla wearing a bandana, and if you wait around for too long, the impatient Kong flies into a right old rage and starts banging his fists and ejecting steam from his ears - nice!

Unlike the original game there are no ladders and the platforms are flat, rather than at an angle. I actually prefer not having ladders in a platform game as I've lost count the number of times I've been unable to climb up and away from danger simply because I wasn't positioned over it correctly, causing me to panic and lose a life to an enemy or object hurtling towards me - so annoying!

In the first level you have to contend with three wooden crates that are suspended from cranes and are constantly moving up and down. A flick of the finger (anywhere on the screen) will make your character move left or right and he will keep on running until he reaches the other side of the screen or until you flick the screen again again to turn him around. This is a nice touch and makes the game a heck of a lot more challenging. 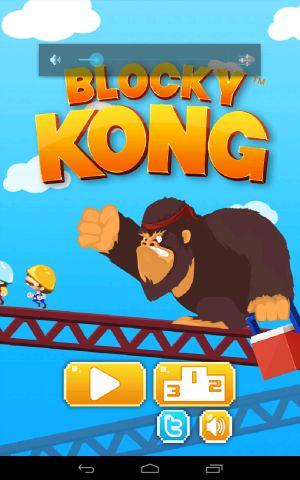 For level two the classic barrels make an appearance and you will have to time your run to perfection to avoid them. Unlike Donkey Kong, you cannot jump over them and the key is to watch where the barrels fall and which direction they roll in. All of the objects throughout the game move in a predictable way (there is no randomness) but this allows you to use your memory skills to try and solve each level. Indeed, the game gives your brain a good old workout!

As you would expect, each level becomes progressively harder and in level three you have to face five lifts (some empty and some carrying other workers) which makes it very tricky to memorise the movements of each one.

You have five lives to complete the game (believe me, you'll need them!) and should you not make it to the end then that pesky ape will start snickering at you - how disrespectful!

I like the fact that although Blocky Kong has similarities to the original classic, this is a very different game to play and offers many new challenges. It's well-programmed (I didn't encounter any bugs), plays very smoothly and the levels are well thought-out. The comical silent movie style music and amusing animations give the game a professional feel.

The game is entirely free, although there are annoying ad pop-ups. Thankfully, they don't appear too frequently, but it would be nice to have an option to pay to get rid of them. The game is certainly worth paying for and I think a big mistake has been made in not offering a paid for version.

Overall, this is an impressive game for android and barrels of fun. 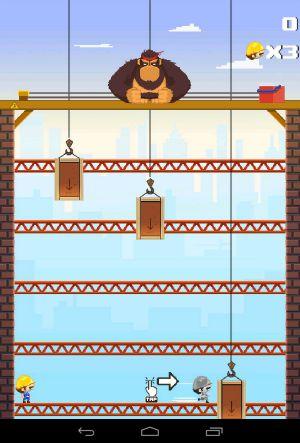 Level One is relatively easy with just three crates to avoid 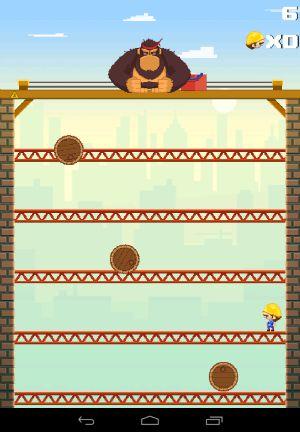 Level Two is barrels of fun! 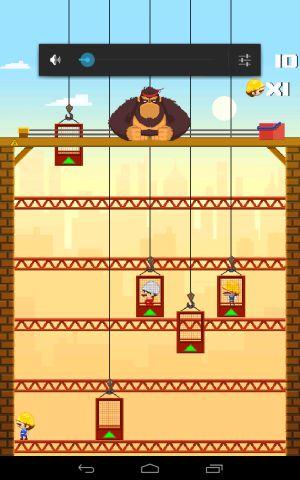 In Level Three things start to get really tricky with five lifts to dodge. 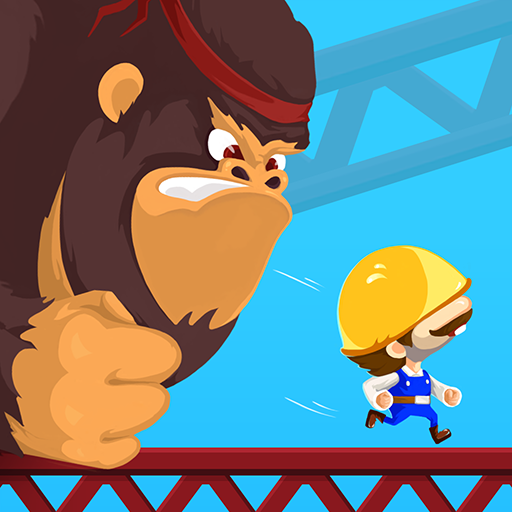 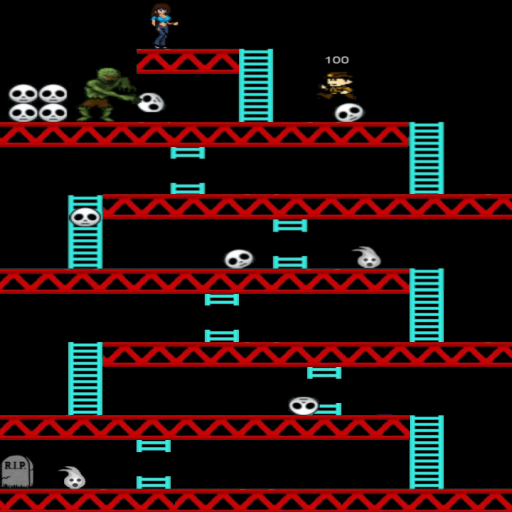 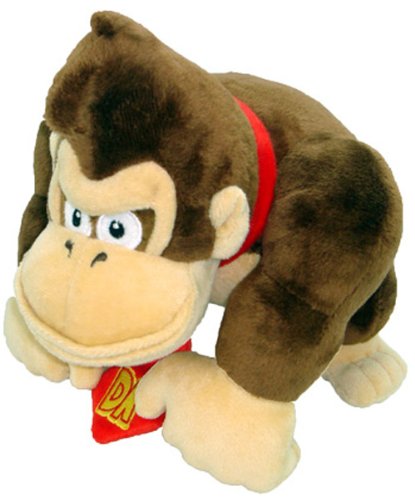