"Call Me" became Blondie's biggest-selling single in the U.S., where it became their second No.1 - "Heart Of Glass" had reached No.1 in 1979. The song spent six weeks at the top of the Billboard Hot 100 and sold over 1 million copies.
In the UK, the single became the band's fourth No.1, selling around 200,000 copies. The song entered the singles chart at No.21 on 6th April 1980, climbing to No.2 the following week. During this time, Detroit Spinners were at No.1 with their double-A side "Working My Way Back To You"/"Forgive Me Girl". Blondie reached No.1 on 20th April for one week, before falling back to No.3 on 27th April, with Dexy's Midnight Runners claiming the top spot with their second single "Geno". 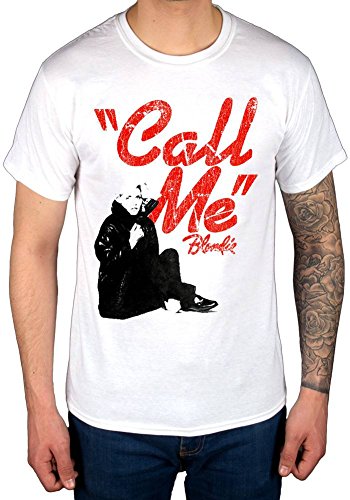 "Call Me" was used as the main theme for the 1980 romantic crime movie American Gigolo, which starred Richard Gere in the lead role as Julian Kaye. The song's producer was the euro disco king, Giorgio Moroder, who also co-wrote the lyrics alongside Debbie Harry. Moroder was much admired by the band, and although Stevie Nicks was his first choice of vocalist, Blondie made the song very much their own with their distinctive new wave sound.
The B-side on the UK 7 inch vinyl featured an instrumental version of the A-side. The UK 12 inch also included a Spanish version of the song. In 1989, a Ben Liebrand remix was released which reached No.61. and featured on the Blondie remix album Once More Into The Bleach.
Three record companies released "Call Me" in the U.S. The 8:06 version that featured on the American Gigolo soundtrack album was released by Polydor. The 7" and 12" vinyl singles were released on Blondie's own label Chrysalis, and the Spanish version was released by Salsoul Records - the Spanish lyrics were written by Marry and Barry McCluskey.
In the video, we see footage of the band mixed with imagery Debbie Harry in New York in various outfits. She can be seen in a T-shirt and shorts and also a swimsuit while having fun on the beach. She also walks the streets of New York in a long, black mac and leather hat.
The single is listed at 289 in Rolling Stone magazine's 500 Greatest Songs of All Time list.

Lyrics for Call Me 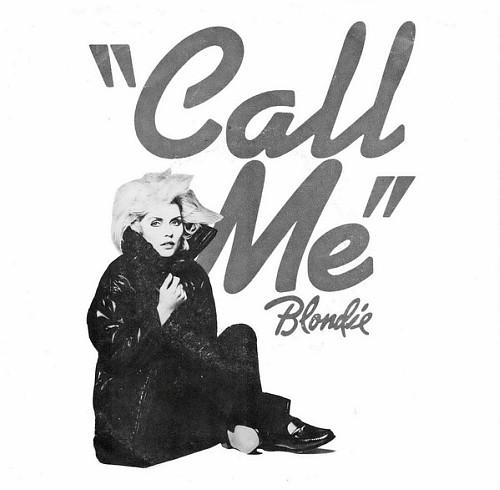 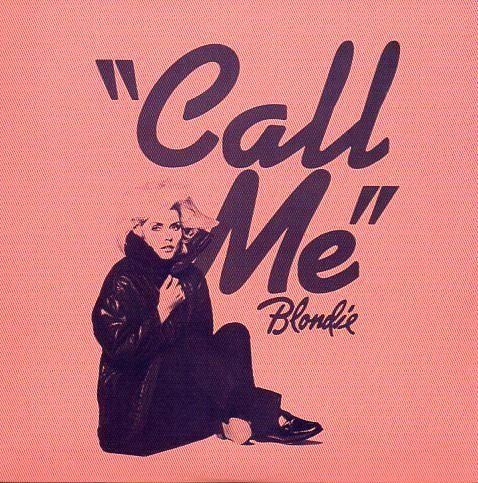 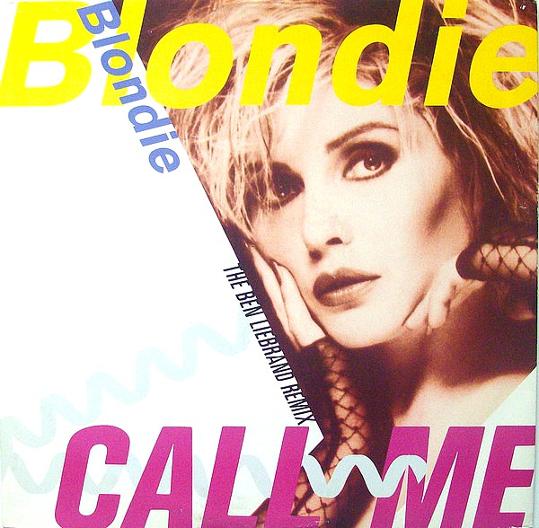 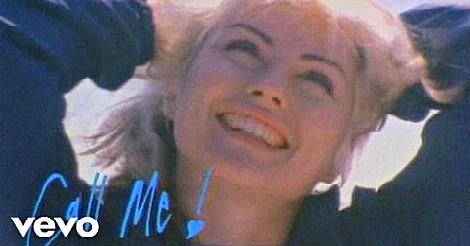