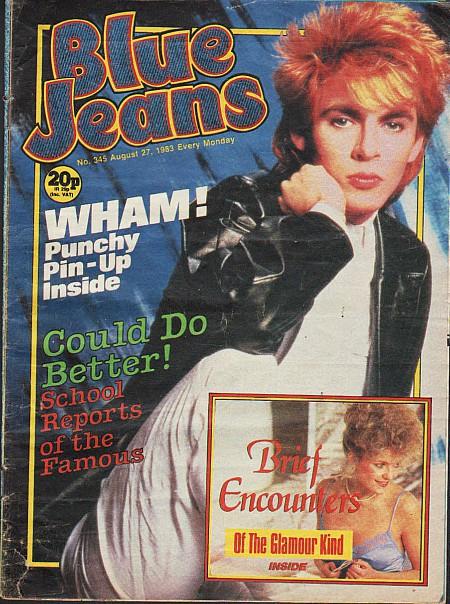 Walk into any newsagents in the 1980s and you would find the shelves overflowing with magazines aimed at teenage girls such as Jackie, Photo-Love and the publication I'm going to discuss here, Blue Jeans.
Blue Jeans was published by D C Thompson from 1977 until 1990 - this was more or less the golden era for teen magazines. There are many sources suggesting that the magazine was published from 1980, but this is inaccurate and we have photos to prove it - see the first issue below! The last annual was published in 1993.
The magazine bore many similarities to Jackie, featuring photo-strips, fashion, beauty, pop stars, posters and interviews. On the back of each issue was a pin-up (such as Paul Young) and on the front cover there was usually an unknown model or couple, but occasionally a pop act would adorn the front.
There was sometimes a free gift, too. I remember an issue that included a pot of gold glitter which I was delighted with! Many mags at the time offered free gifts and there were always one or two issues lying on the shelves with their gifts missing. This was always a mystery to me. Had they fallen off or did someone steal them?
I am currently holding an issue from June 1983 which features Kajagoogoo on the front cover. At this time, the mag came out every Monday, and this was the only reason for feeling joyful at the beginning of another long week at school! 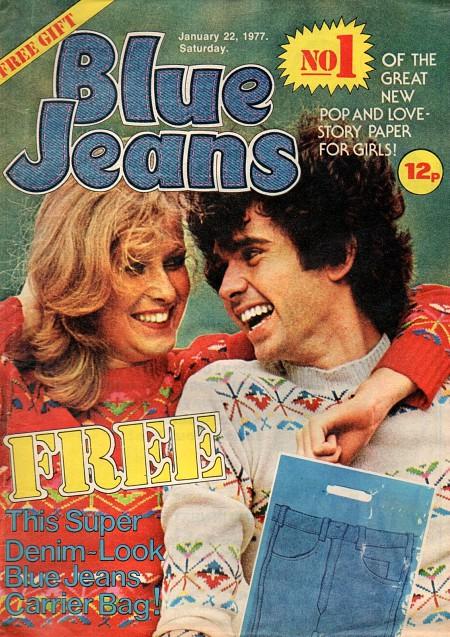 The very first issue was for the week starting on January 22nd 1977 (was a Saturday) and cost just 12p. It included a free denim-look carrier bag. This is the only issue to feature the logo without a tilt. 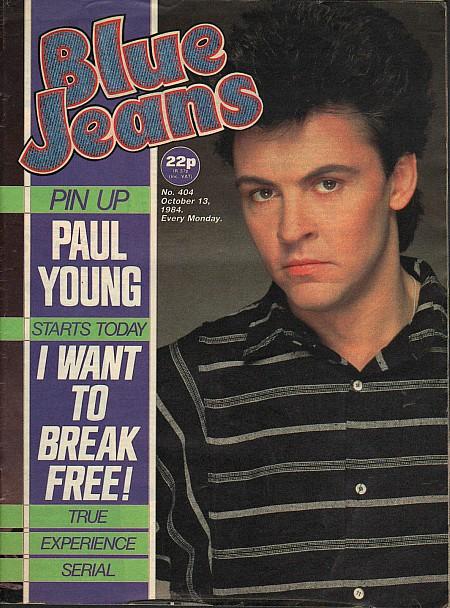 By 1984, the price had increased to 22p and started to feature pop stars more regularly on its front cover - Paul Young featured many times. However, the logo remains unchanged. 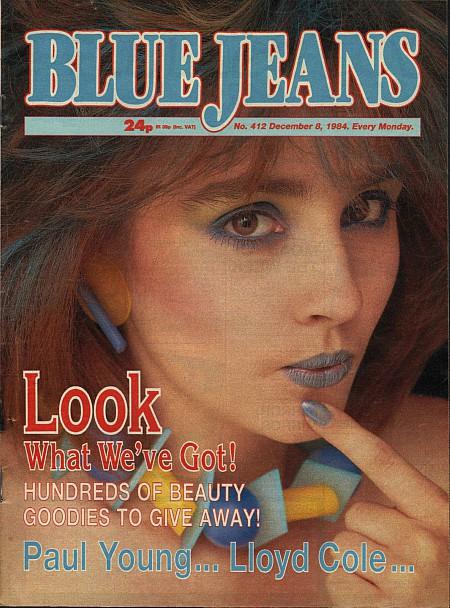 Issue No.412 Dec 8th 1984 featured the new logo which personally I found rather bland. You'll also notice the price is now 24p. 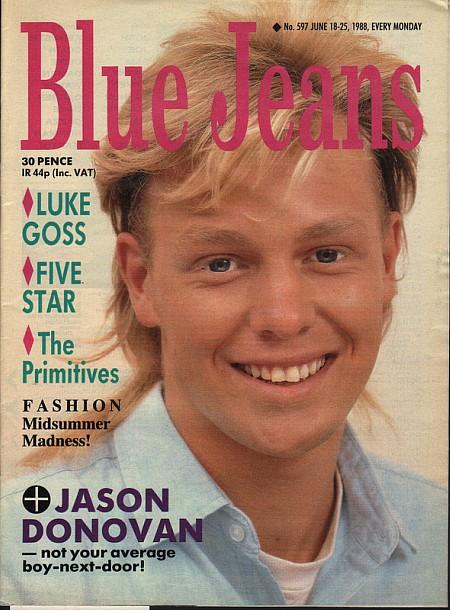 Issue No.597 from June 1988 with Jason Donovan and his mullet, Luke Goss, Five Star and The Primitives - price 30p. As you can see, the logo has also be modernised, being taller and without an outline.

So there you have it. My nostalgic trip back to when teen magazines were king ends here, sadly. But I hope you enjoyed the brief but pleasurable ride - Sara.

Some Old Mags from the 80s