At first glance, Blue Max looks rather like Zaxxon with a biplane. However, unlike Zaxxon, it's a heck of a lot easier to control your plane (a Sopwith Camel) and I found that you can judge the height more easily using the shadow of the plane.

Blue Max was developed by Synapse Software for the Atari 8 bits and C64 and released in 1983. It was ported to the ZX Spectrum on the U.S. Gold label in 1984. You can see a review of all three versions in the video review above. A cartridge version for the XE video game system was also released. 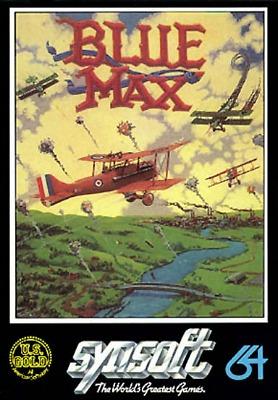 Later in 1984, Synapse was bought out by Broderbund Software due to financial troubles, apparently caused by Atari not paying a bil for 40,000 units of software.

I really enjoyed playing this game (I was in my early teens at the time), and Blue Max was one of the most popular action games of 1983. The missions are uncomplicated but challenging, and you basically have to bomb ground targets and shoot at your airborne enemies. You can also also fly low and take part in strafing (air to ground attacks) - great fun!

Runways appear from time to time (an L would appear on the status bar for a friendly runway) on which you can land. Your plane automatically refuels, repair itself and reloads with bombs before you take off again. You have just the one life, so it is vital not miss a runway when are low on fuel or have taken a battering from enemy fire. Talking of which, your plane can take up to 4 flak hits, but will be destroyed by a fifth hit.

The sounds effects in the Atari 8-bit version that I played sound pretty realistic (for a 1983 game) and really add to the games ambience. The explosions are particularly ear-blasting in this version! The C64 sound effects are even more realistic (I particularly like the machine gun sounds), although the explosions sound a bit muffled. 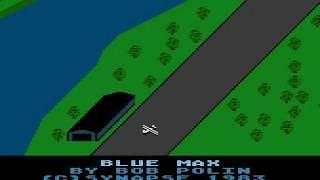 Screenshot of the start of the game - Atari 8-bit version

The graphics are nothing to write home about, and the scenery is rather sparse, to say the least. However, the gameplay more than makes up for this, and, no doubt, displaying additional scenery in an 8-bit game would probably have made the diagonal 2D scrolling more juddery, given the limited capabilities of computers at the time. The programmers had managed to get the balance just right, and the scrolling was randomised which created more unpredictable and challenging gameplay.

I only ever played Blue Max on the Atari 800XL back in the 1980s, but for this version, at least, the controls are very responsive. The reviewer in the video suggests that the ZX Spectrum version is the least responsive out of the three. With the machine's inferior components, that was to be expected, I suppose.

Overall, Blue Max was one of those never-ending games that sucked away the hours as you tried to beat your last high score. It was certainly one of the most enjoyable games I played on an 8-bit computer, and receives a 9/10 from me. 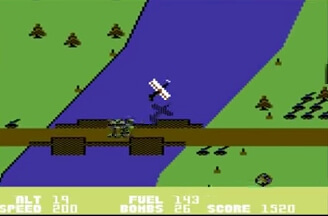 Screenshot from the Commodore 64 version 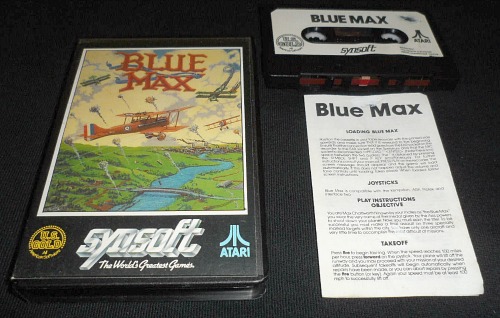 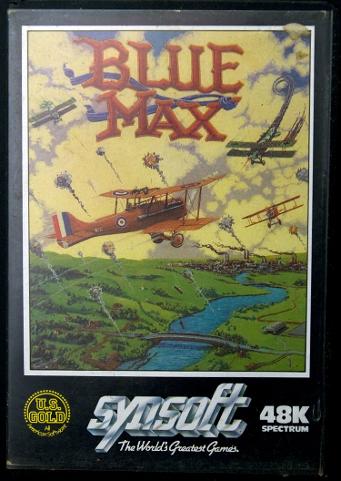 The All New Commodore 64BUY FROM AMAZON