BON JOVI "LIVIN' ON A PRAYER"

Bon Jovi are not only remembered for their fringed leather jackets and flowing locks, but also for creating one of the greatest song intros to come out of the 1980s. "Livin' On A Prayer" is Bon Jovi's signature tune and became the band's highest-charting single of the decade, reaching No.4 in the UK on 30th November 1986, while Europe were at No.1 with another rock classic "The Final Countdown". 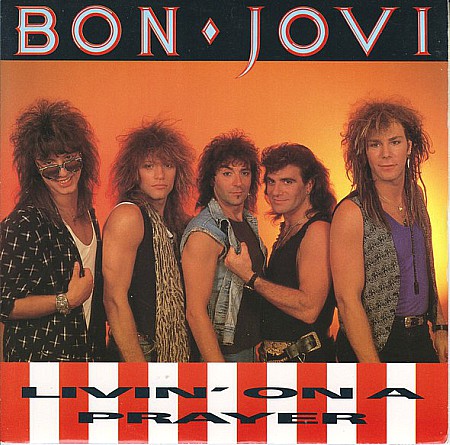 The song was released as the second single from the band's third studio album Slippery When Wet, and was the follow-up to "You Give Love A Bad Name". Both of these singles reached No.1 in the U.S. "Livin' On A Prayer" also reached #2 in Canada and the top 5 in numerous other countries.
The song was given a lot of air time on MTV and radio stations both in the U.S. and UK. It became the band's first No.1 on the Billboard Mainstream Rock Chart, which, at the time, was known as the Album Rock Tracks chart.
Apparently, Jon Bon Jovi was not a fan of the original version of the song and it almost never made it to the album. The band's guitarist, Richie Sambora (he left the band in 2013) persuaded him that the song was pretty decent and that they should rework it. It was given a new bass line and drum fills, and those now iconic talk box effects were added - this basically takes an amp's signal and passes it thought the guitarist's mouth through a plastic surgical tube. Sambora hadn't used it for years and thought it would be cool to dig it out again - and we're all very grateful that he did!
The awesome bassline was created by Hugh McDonald, who joined the band in 1994 and officially became a band member in 2016. He was working as a session musician at the time, playing bass guitar for the band.
Bon Jovi performed "Livin' On A Prayer" at the 2002 Winter Olympics closing ceremony. 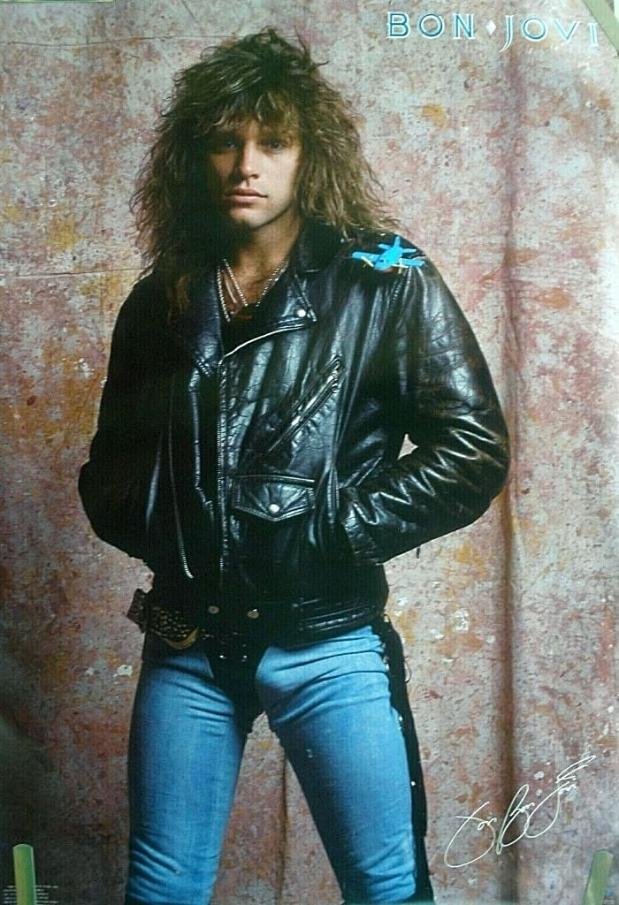 After the song was used for Gareth Gates' routine in Dancing On Ice in 2008 (which aired on ITV in the UK), the single re-entered the charts at #70. Sadly, it couldn't stop Gates from being eliminated from the same episode!
In November 2013, the single returned to the Billboard Hot 100 chart in the U.S. at #25.

The video was filmed on 17th Sept 1986 at the Grand Olympic Auditorium in Los Angeles, California. The first 2 minutes and 39 seconds is filmed in black and white, and starts with the band walking towards the stage. We then see footage of the band rehearsing, with band members attached to wires and flying around the stage, generally having a great time! When the colour eventually kicks in, footage of the band performing to their fans is shown.
The video was directed by Wayne Isham, who has worked with many big pop and rock artists including KISS, Whitesnake, Michael, Jackson, Janet Jackson and Motley Crue, to name but a few. 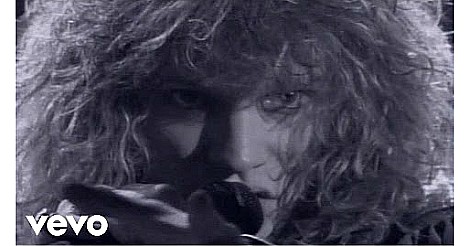 The lyrics for Livin' On A Prayer were penned by Jon Bon Jovi, Richie Sambora and Desmond Child. Child was drafted in to make the band more commercially appealing. Jon was influenced by the Reagan era when taxes were being cut for the wealthiest in society. Desmond Child's input was influenced by his own real life experience in the late 70s.
The lyrics refer to a working class couple, Tommy and Gina, who are struggling financially, which is testing their relationship. Just about everyone remembers that classic opening line "Tommy used to work on the docks...". Indeed, the lyrics certainly struck a chord with the American working classes.

Bon Jovi Live in the 80s