BOY GEORGE "EVERYTHING I OWN"

Boy George's debut solo single was actually a cover version of a moderately successful 70s hit by the American soft rock band Bread - a fact that passed me by at the time! Penned by the band's frontman David Gates, the original song reached #32 in the UK, although was a major hit in the U.S., reaching #5 on the Billboard Hot 100 in 1972.
However, Boy George's cover was actually more reminiscent of the reggae version by Jamaican singer Ken Booth, which was a chart-topper in the UK on 26th October 1974. It had a similar vibe to Culture Club's "Do You Really Want To Hurt Me".
The song was released at a time when George had been fighting a three grams per day heroin addiction, which became fodder for the tabloid press. After Culture Club disbanded in 1986, George sought treatment, but became addicted to the narcotics used to treat his heroin addiction.
The single entered the UK single chart at No.7 on  March 1st 1987. It reached No.1 the following week, pushing Ben E. King's "Stand By Me" down to No.2, and remained on top for two weeks, being replaced by Mel & Kim's "Respectable" on 22nd March. It was the singer's only solo No.1 single here, and also his only top 10 solo hit. The single also reached No.1 in Ireland, Norway and Canada.
The B-side included the track "Use Me". A 12" vinyl single was released with the "Extended P. W. Botha Mix" on the A-side and a Dub version on the B-side alongside "Use Me".
Boy George re-released an acoustic version of "Everything I Own" in the U.S. during 1993, which was entitled the "Hippy Trippy Mix".
The video is a very minimalist affair, with George singing alone on a stage which has 12 TV screens, and musical instruments including three guitars on stands, a set of drums and a keyboard. The backing band who played on the song, however, are nowhere to be seen! I'm not sure of the reason for this, but it could be that George wanted to portray himself strictly as a solo singer after leaving Culture Club.
Incidentally, those musicians were Ian Maidman (later Jennifer Maidman) on bass and guitar, Vic Martin on keyboards, Glen Nightingale on guitar, Richie Stevens on drums, and Paul 'Wix' Wickens on keyboards.
"Everything I Own" was released as the lead single from the debut solo album Sold, which reached #29 in the UK album charts. The country in which the album was most successful was Italy, where it reached #4. Despite the album failing to break into the top 20, the four singles released from it performed reasonably well. The second single "Keep Me in Mind" reached #29, the title track "Sold" reached #24 and the fourth single "To Be Reborn" reached #13. 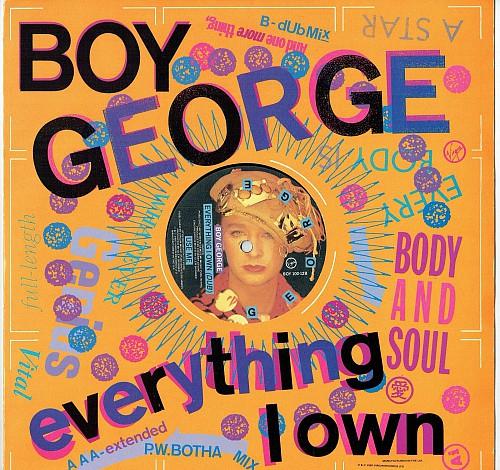 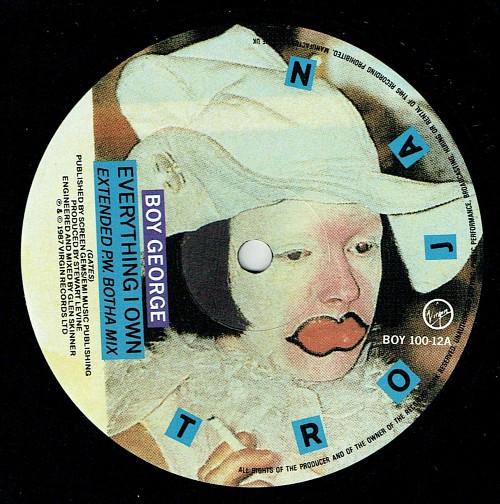 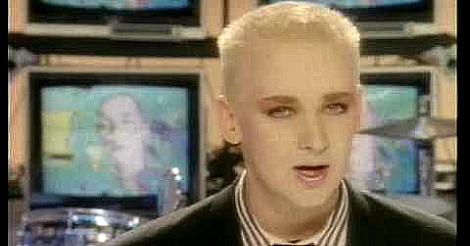 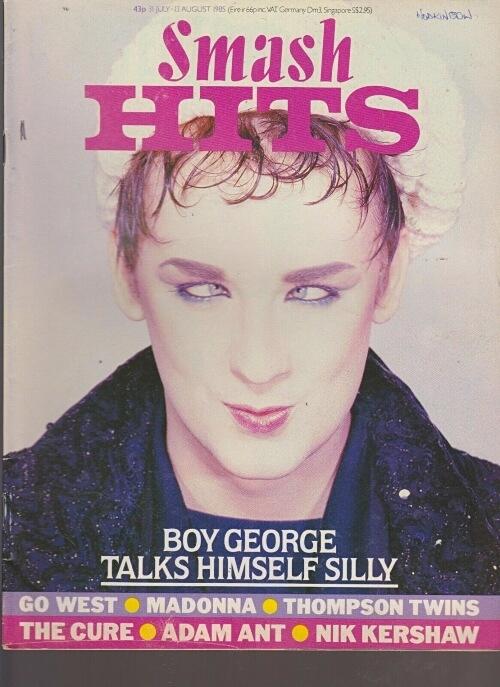 Lyrics for Everything I Own

Culture Club - It's A Miracle