A TRIBUTE TO BRIAN CANT

For many kids growing up in the 1960s, 70s and 80s, Brian Cant was a significant part of their pre-teen childhood. The charismatic and friendly children's TV presenter was a regular presenter on Play School and Play Away, as well as being the voice of the late 60s stop motion animations Camberwick Green, Trumpton and Chigley. In particular, many of you reading this will certainly remember the Trumpton fire brigade call out "Pugh, Pugh, Barney McGrew, Cuthbert, Dibble, Grub."
I have nothing but very fond memories of Brian Cant and his friendly smile, and I was deeply saddened by the announcement of his death yesterday on 19th June 2017, aged 83.
Brian spent much of his life in Chalfont St. Giles in Buckinghamshire while married to the writer and director Cherry Britton, the sister of presenter Fern Britton and actor Jasper Britton. He was the father of five children.
Cant landed a number of acting roles during the 1960s. In 1965, while William Hartnell played the Doctor in Doctor Who, he played Kert Gantry in the episode 'The Dalek's Master Plan'. In 1968, with Patrick Troughton as the Doctor, Brian played Tensa in the episode 'The Dominators'.
In 1965, Brian landed a minor role playing the man in the pub in the British drama film The Pleasure Girls, although he was uncredited.
In 1966, he played the role of a press photographer at the East End Street party in the cult comedy film The Sandwich Man which starred a whole host of comedy stars.
While performing in BBC TV dramas about the Romans, Cant discovered that the soon to be launched BBC2 channel was auditioning for hosts of their new pre-school TV programme, Play School. During his audition, Brian was asked to climb into a cardboard box and pretend he was in a fishing boat and catch a wellington boot full of custard - it was certainly not a run-of-the-mill audition!
Impressed with his natural and warm presenting style, producer Joy Whitby gave him the job, and he made his first appearance in the third week of May in 1964. He remained on the programme for 21 of its 24 year run. Inevitably, while working as a presenter, he landed a number of other roles on children's TV. 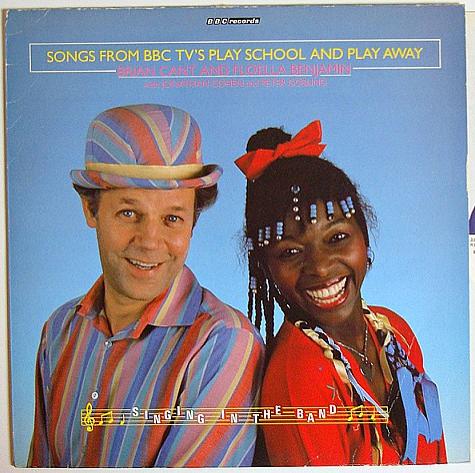 Brian also co-presented Play Away from 1971 to 1984 which was broadcast on a Saturday afternoon on BBC2. The programme was like a more energetic version of Play School with jokes, songs and games. It was perfectly suited to Brian's style of presenting. Their were two presenters in each episode, and I was always excited when I discovered that Brian Cant would be one of them. Other favourites included Derek Griffiths, Johnny Ball and Carol Chell.
In 1979, Brian presented the first series of The Great Egg Race alongside judge Professor Heinz Wolff.
You may also remember Bric-a-Brac which aired from 1980 to 1982. Cant played the role of the shopkeeper in a junk shop and each episode was based on a letter in the alphabet. Every programme ended with Brian winding up a clockwork toy and letting it go.
The presenter's career certainly didn't end in the 1980s, and he continued to work as recently as 2011, despite being diagnosed with Parkinson's disease in 1999.
From 1990 to 2003, he played the role of Brian the Farmer in Dappledown Farm, and also voiced the puppet character Harry the Heron. Also in the 90s, Brian narrated the British version of Jay Jay the Jet Plane and co-presented six Watch and Learn videos alongside Sue Monroe.
During 1995, Cant played Mr. Hill in the british comedy film A Feast At Midnight, which also featured MP Michael Gove as the chaplain.
In 2001, Brian appeared in "The Altogether" music video for electronic music act Oribital as a Play School style presenter.
In April 2007, Cant was named as the "Best-Loved Voice from UK Children's Television" in a poll for Underground Ernie magazine, beating legends Oliver Postgate and David Jason.
During May 2008, Brian recorded a new series of children's audio stories which were available for free download at The Great Little Trading Company.
On 5th April 2011, Cant appeared in the BBC daytime drama Doctors. It was his third appearance in the series, albeit as a different character each time.
Brian spent his final years in the Denville Hall nursing home which is popular with people in the entertainment industry.
Don't miss the video clip at the top of the page features Brian singing and acting out "Underneath The Chestnut Tree" on Play School.
R.I.P. Brian Cant (13th July 1933 - 19th June 2017)