For this post, I'm going to take an amusing look back at the British fashion fads of the first half of the 80s, using original fashion related photos wherever possible, The first picture demonstrates that permed hair and mini skirts were highly popular. Leather, denim and shiny lycra were often the material of choice.

Here is a woman in a very shiny dress kneeling on a washing machine. Thankfully, there wasn't actually a craze for climbing onto washing machines in the 80s - this is merely an advert. You will notice another permed hair style, and that many kitchen appliances in the early 1980s featured those awful membrane touch pads which became useless after a couple of year's usage. I remember that our first microwave also has a membrane touch pad. It was a ghastly brown colour but was built very solidly, However, the touch pad caused many a bruised finger tip!

The Atari 400 was released in 1979, and was aimed at gamers. The membrane keyboard was actually a health and safety decision so that kids couldn't pop off the keys and swallow them. 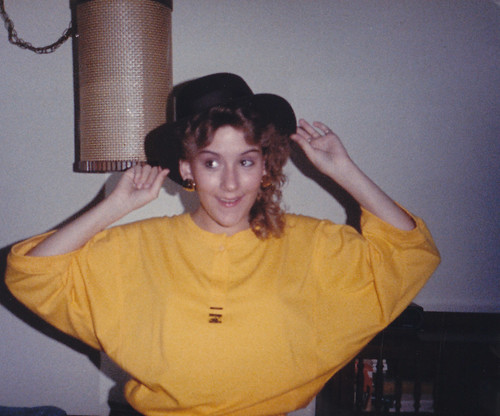 Oversized, loose fitting shirts, sweatshirts and jumpers were everywhere, and were often worn with big belts around the waist. Over-sized T-shirts with block letter slogans (initially designed by Katharine Hamnett) became particularly popular between 1983 and 1985. 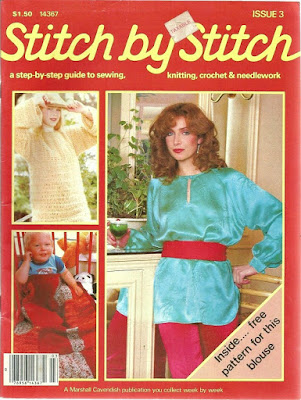 This knitting and sewing magazine is from 1981. 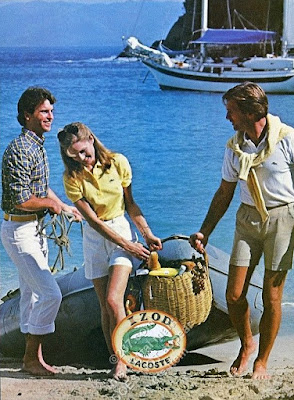 This advert from 1982 features Lacoste shirts and shorts (with the alligator logo). Notice the guy with a yellow pullover tied around his neck - this was another trend that was popular with guys. The jumper didn't have to be yellow, but I do remember that the trend seemed to be popular with posh/wealthy men who enjoyed wearing camp, pastel colours. 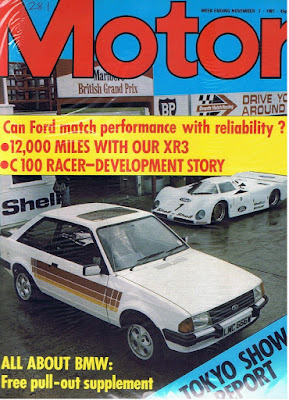 Ah, yes! Go faster stripes were popular with boy racers, with the Ford Escort XR3 (shown above), XR3i and Fiesta XR2 often being the vehicle of choice. They had to be white, and the trend seemed to continue well into the decade. I remember a guy at work who took the white theme to the extreme. He owned a highly modified Fiesta XR2 which even had a white, leather steering wheel!

Oversized, furry dice (often with a leopard print theme) hung from your rear view mirror were another essential accessory, as were tinted windscreen sunstrips/banners/visors which included the names of driver and his front passenger - just about everyone was called Dave and Tracey. This is no word of a lie, the aforementioned guy who had the white fiesta was actually called Dave and also had blonde highlights in his hair. I just wish I'd have taken a photo of him, as he was the perfect 80s boy racer stereotype. The only letdown was that he wasn't from Essex, but from the Cotswolds, which is kind of bizarre.

Okay, this wasn't really a fashion trend but a necessity. If you broke down in the 1980s then you would have to find the nearest phonebox and call either the AA or RAC. 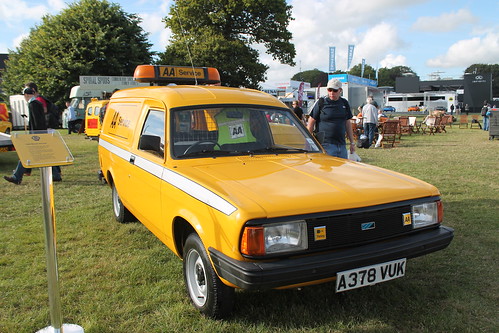 If you broke down in the early 80s, then the chances are that a repair man in a Morris Ital van would turn up - providing that didn't break down as well!

Just about everyone wore an LCD digital watch in the early 80s, and the more functions they had the better - I remember that many of them featured musical melody alarms. My parents bought me a Casio calculator watch which had a built-in space invaders game. In fact, it had so many functions that it took your about half an hour to try and find out what the actual time was. Gold digital watches were considered classy and the Databank watch became popular with YUPPIES. 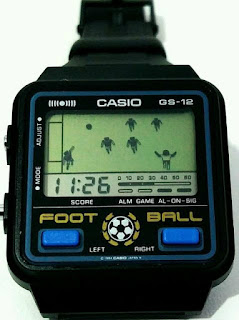