Released as the lead single from the band's second album Welcome to the Real World, "Broken Wings" became Mr. Mister's first chart hit in the UK, reaching No.4. The song was a chart-topper in the U.S. (for two weeks in December 1985), Canada, and also reached no.4 in Australia, Norway and Switzerland.
With lashings of reverb, a powerful production, and a generous helping of electric guitar, this very 80s power ballad was penned by band members Steve George and Richard Page, with a helping hand from lyricist John Lang. They were inspired by the poetic novel The Broken Wings, written in 1912 by Khalil Gibran.
Originally recorded in November 1984, the single entered the UK singles chart at No.82 on 8th December 1985, making it the eighth highest new entry that week. It reached No.4 for one week on 19th Jan 1986.
1986 proved to be the band's most successful year, with their next single "Kyrie" also topping the charts in the U.S. and Canada. They were also the opening act during Tina Turner's 1985 tour.
The black and white video was directed by Oley Sassone. It opens with the band's vocalist and bassist, Richard Page, driving through the shimmering heat in an open top Ford Thunderbird. He looks up at a hawk flying above him.
In the next scene, we see the band performing in an empty room, and we briefly see pair of Tango dancers, who's faces we never see. The video switches between Page in his Thunderbird, the band, and the dancers for the rest of the video. It ends with Page stood by the car with its hood up (presumably broken down) with the Hawk watching him from a bare tree branch.
Produced by Paul De Villiers and Mr. Mister, the 7 inch vinyl single featured the album track "Uniform of Youth" as the B-side, which is track 2 on the album Welcome To The Real World. The 12" featured the album version of "Broken Wings" as the A-side, along with "Uniform of Youth" and "Welcome to the Real World".
Jason Donovan recorded a cover of "Broken Wings" for his 1980s album Soundtrack of the 80s.
Mr. Mister were active from 1982 to 1990 and originated in Phoenix. Arizona. However, their commercial success was short-lived, with just two hit singles in most countries. The band's final single was "Stand and Deliver" in 1988, which, incidentally, was not a cover of the Adam & The Ants song. 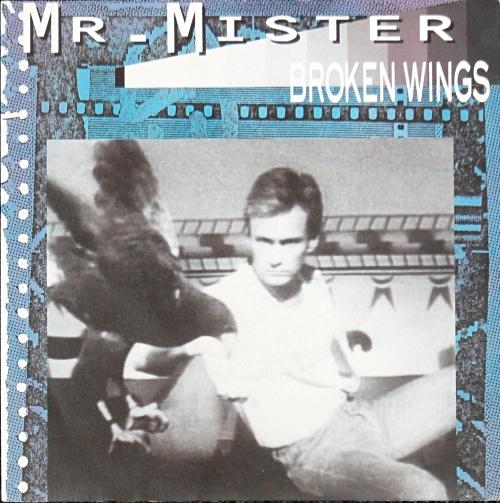 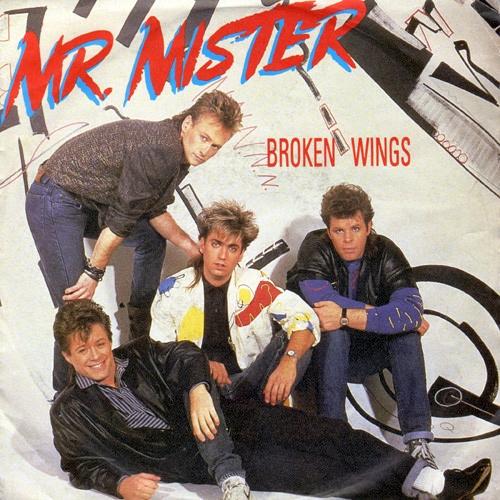