Bruce Springsteen in the 80s

Bruce Springsteen was born in the USA (see what I did there) on September 23rd 1949 at Long Branch in New Jersey. He has, so far, released twenty studio albums, and the first ten of these all achieved platinum or multi-platinum sales in his home country. The 2002 album The Rising and 2007 album Magic also achieved platinum. His most successful release was the 1984 album Born in the U.S.A. which achieved 15 x platinum (Diamond) sales certificate in the U.S>, and 3 x platinum here in the UK. 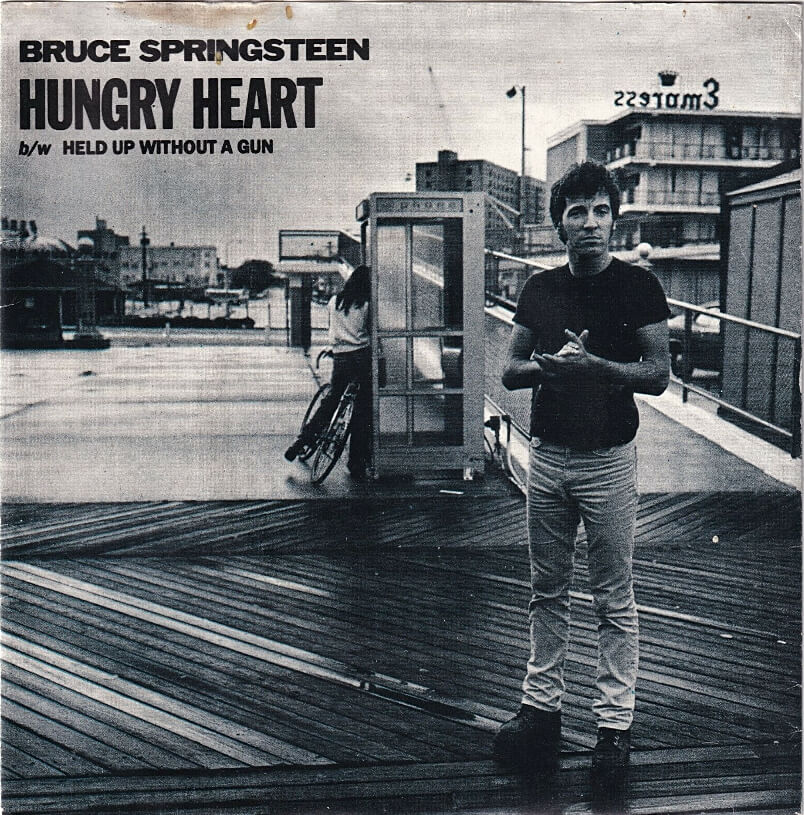 The lead single from Springsteen's fifth studio album became his first top ten hit on the Billboard Hot 100, reaching No.5.  It also reached No.5 in Canada but stalled at No.44 in the UK. The song was originally written for The Ramones, but Bruce's manager and producer, Jon Landau, persuaded him record it himself and release it as a single.
The B-side included a previously unreleased track, "Held Up Without A Gun", which was recorded during sessions for The River album. It lasts for just 1 minute and 15 seconds.
"Hungry Heart" featured in the 1983 movie Risky Business, which starred Tom Cruise.

The follow-up single "Fade Away" reached No.20 on the Billboard Hot 100 in the U.S., but did not chart in the UK. It was recorded live at The Power Station in New York in June 1980. The B-side was another non-album track "Be True" recorded during an early session for The River album. 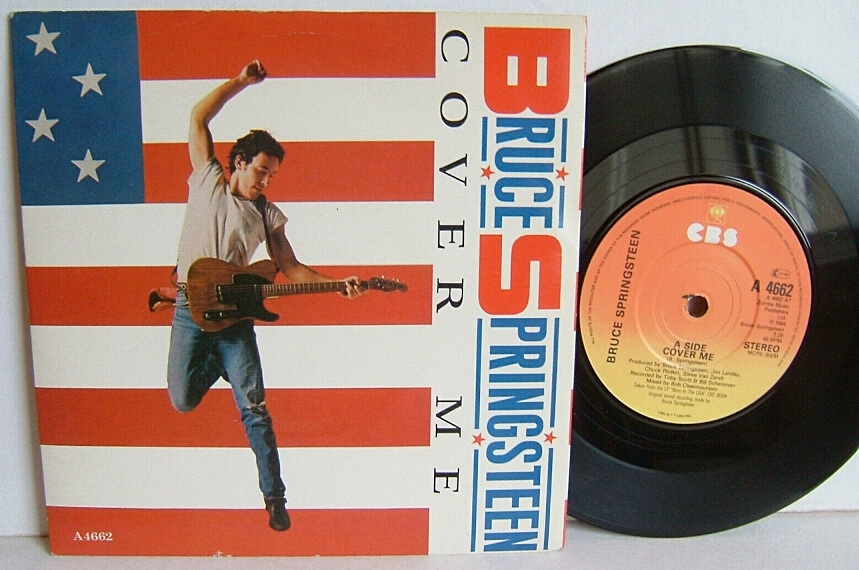 This video clip features Bruce Springsteen & the E Street Band on the Wrecking Ball Tour 2013 in LOndon, and listen out for the guitar solo because it's pretty awesome!

This track was the follow-up single to "Dancing In The Dark" and reached #7 in the U.S. and #16 in the UK. The song was actually recorded as a demo in 1982 and was nearly handed over to disco queen Donna Summer. However, Springsteen's managaer, Jon Landau, like the track so much that he decided to keep it. In fact, the song wasn't even re-recorded for the Born In The U.S.A. album.

This is the official video (directed by John Sayles) for Springsteen's thrid single and the title track from the album. The song became a global hit, reaching #5 here in the UK and #9 in the U.S. Written by The Boss himself, the track is seen by many as America's alternative national anthem.

The lyrics deal with the Vietnam war and the problems faced by the soldiers when they returned home. I remember that the song was often criticized as being a hollow, anthemic rock song, but these critics failed to actually listen carefully to the subject matter of the lyrics.

The fourth single from Born In The USA was a top ten hit in numerous countries, reaching #5 here in Britain. Released in February 1985, the music video featured Springsteen as a car mechanic who has to deal with the temptations of a sexy-looking female customer who drives a Ford Thunderbird. The B-side featured the track Johnny Bye Bye. 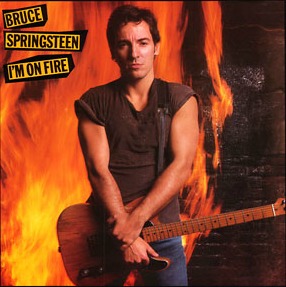 Although not released until May '85, "Glory Days" was recorded three years earlier in 1982. The Heartland rock song was released as the fifth single from Born In The U.S.A. and was yet another U.S. Top Ten hit. However, in the majority of countries the song failed to break into the top ten, including the UK where it stalled at #17. That's still pretty decent for a fifth single, though.

The lyrics reflect on Springsteen's high school days, with my favourite first verse referring to his encounters with an old baseball team mate.  "Saw him the other night at this roadside bar, I was walking in, he was walking out, we went back inside sat down had a few drinks, but all he kept talking about was Glory Days..."

Far better than the inane, meaningless lyrics that we find in much of today's rubbish, at least!

"War" was originally performed as an anti-Vietnam war song by The Temptations., and was penned by Norman Whitfield and Barrett Strong. It was then released as a single by Edwyn Starr, reaching No.1 on the Billboard Hot 100 and No.3 in the UK.
Bruce Springsteen's cover was recorded live from his 1985 concert with his E Street Band at Los Angeles Memorial Coliseum, and then released as a single in November 1986, reaching No.8 in the U.S. and No.18 in the UK. The B-side to the 7" vinyl was "Merry Christmas Baby". The 12" included "Merry Christmas Baby" on the A-side and "Incident on 57th Street" on the B-side.
Frankie Goes To Hollywood also released a cover as the B-side in 1984, on the initial 12 inch single for "Two Tribes".It later appeared on their Welcome To The Pleasuredome album. 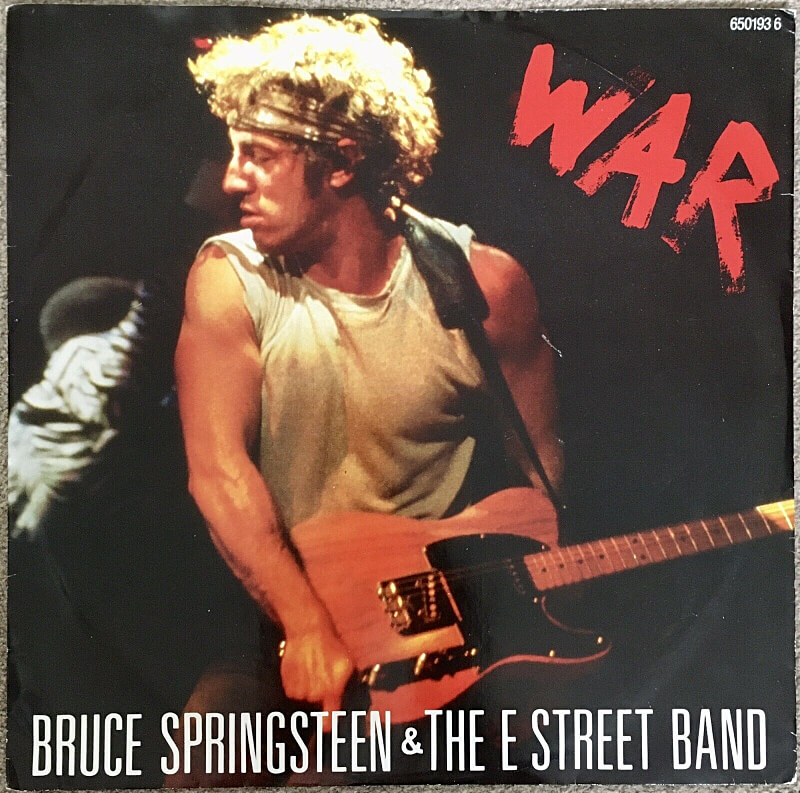 The lead single from Bruce Springsteen's eighth studio album, Tunnel Of Love, reached No.5 in the U.S. and No.20 in the UK. As with most of the tracks on the album, it was recorded at Thrill Hill East, which is Bruce's home studio. The video was filmed at Fort Hancock at Sandy Hook in New Jersey and was directed by the Irish filmmaker Meiert Avis, who also directed "One Step Up", "Tougher Than the Rest", and "Tunnel of Love". The B-side is "Lucky Man".

Hometown/Santa Claus is Coming to Town

Dancing in the Dark 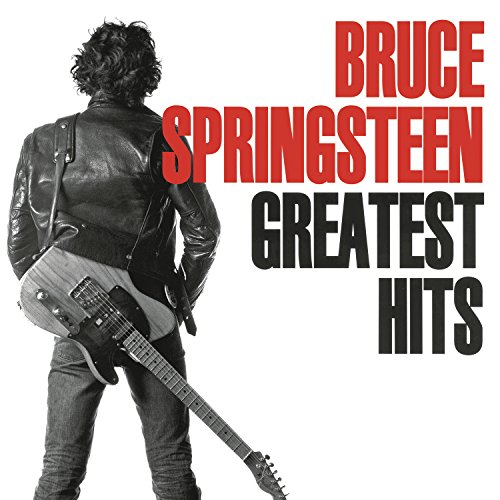