Bruce Springsteen "My Hometown" /"Santa Claus is Coming To Town"

Bruce Springsteen's version of the classic Christmas song "Santa Claus is Coming to Town" was released as the B-side to "My Hometown", the final track to be lifted from his seventh studio album Born in the USA. The single entered the UK charts at No.17 on 8th December 1985, reaching No.9 the following week (15th Dec), before falling back to No.10. The single also reached No.6 in the U.S.
Here in the UK, I only remember "Santa Claus is Coming to Town" being played on the radio, which I actually thought was the A-side at the time! The track is a live recording of Springsteen and his E Street Band in concert in 1975.
In complete contrast to the optimistic and festive B-side, "My Hometown" was a synth-based, low-tempo and depressing affair, with Bruce singing about racism ("In '65 tension was running high at my high school, there was lots of fights 'tween black and white"), violence and economic depression in his family's hometown of Freehold in New Jersey, although it starts with a nostalgic vibe.
The video shows Springsteen and his E Street Band performing live in concert during his Born in the U.S.A. tour, and it featured heavily on MTV.
"Santa Claus is Coming to Town" has been recorded by over 200 artists since the original version was first broadcast on the Eddie Carter Radio Show in November 1934. The Christmas song was penned by John Frederick Coots and Haven Gillespie, and within 24 hours of the original radio broadcast, over 30,000 records were sold (on Gillespie's own label Melotone) and 100,000 copies of sheet music were published and sold by Cantor. 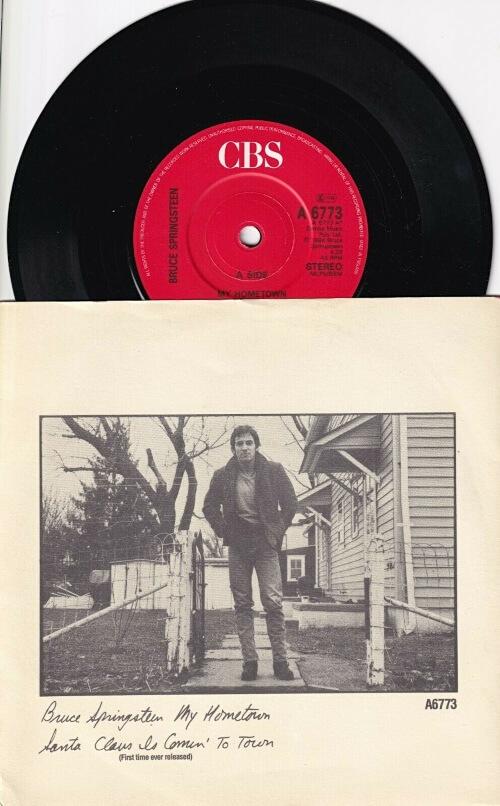 Lyrics for My Hometown

Lyrics for Santa Claus is Coming to Town

Dancing in the Dark 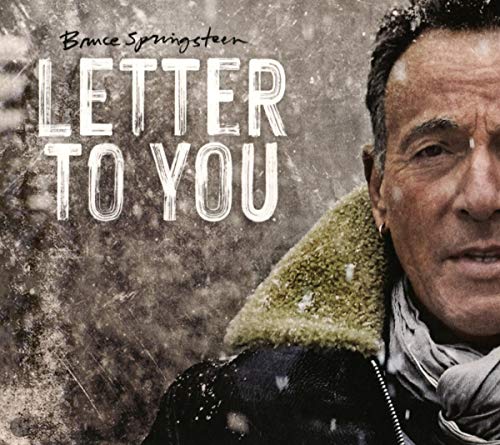