Although the BBC sitcom Brush Strokes was never quite up to the exceptional standards of the more well-known comedies such as Only Fools and Horses or Fawlty Towers, it was, nonetheless, a well-written comedy and a decent watch - there were certainly plenty of funny moments throughout the five series, which originally aired from 1986 to 1991.
Brush Strokes was penned by the screenwriting duo John Esmonde and Robert Larbey, who also wrote Please Sir!, The Good Life and Ever Decreasing Circles.
The 80s comedy follows the antics of an amourous, Jack-the-lad, Cockney house painter and ladies man called Jacko, who is played by Karl Howman. He refuses to settle down, and the quick-witted charmer dated numerous women in the series, including his boss's daughter and secretary. I guess, the series was the BBC's answer to the 1970s "Confessions" movies but without the crudity, and the storylines had rather more depth to them.
Jacko works with his brother-in-law Eric (Mike Walling), who is married to his sister Jean (Nicky Croydon). They both work for Lionel Bainbridge (Gary Waldhorn) at his decorating firm L. H. Bainbridge. He has little time for Jacko and his care-free, amorous nature, and is at odds with him throughout the series. His wife Veronica has a crush on Jacko.
Jacko also went out with the Bainbridge's spoilt "Daddy's girl" daughter Lesley (Kim Thomson) in the first series. From series two onwards, she was played by Erika Hoffman. Jacko also went out with the secretary at Bainbridge's, Sandra (Jackie Lye), during series two, and she became his fiancée. However, the wedding never took place.
The dim and gullible pub and wine bar owner, Elmo Putney (Howard Lew Lewis), also provided plenty of laughs, and fans of the series will remember his catchphrase "chisel", and his bright pink wine bar! He was never short of ambition, and some of the funnier moments came when he asked Lesley Bainbridge to work for him, and also when the gold-digger, Paulette, tries to take advantage of him. 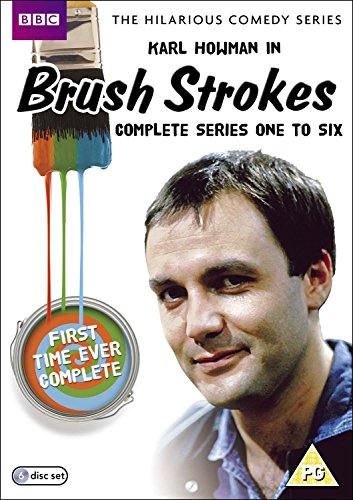 In series 2, episode 2, Lesley becomes the main focus of the comedy when Lionel and Veronica ask her to cut back on her spending habits, which goes down very badly! Jacko also takes the pub's elderly cleaner to a party.
In episode 4 of series 3, Elmos open his wine bar, and the bright pink colour scheme is to no one's taste!
In series 3, Jacko decides to leave Bainbridge's and start a new rival company painting and decorating company called Splosh. Sandra becomes his secretary.
In the first episode of series 4, Jacko returns from his break and discovers that Lionel has died. Sandra leaves Splosh and Jacko decides to sell up. Elmo returns from Australia and reveals to everyone that he found an opal mine and is now extremely rich.
In episode 3 of series 4, Jacko and Eric start a painting job for the Italian business owner Mr. Morella, and becomes interested in his daughter Lucia.
In episode 5 of series 4, whilst on their first proper date, Lucia tricks Jacko into marrying him. In episode 6, Jacko manages to cancel the wedding by revealing the truth the the Morella family.
In the final episode (Series 5, episode 8), Elmo starts a new life abroad and makes Leslie his wine bar manager. Veronica finally flies off to Sicily to live with Marcello. She decides not to the business and makes Sandra (the secretary) the new manager.

The show's theme music was called "Because Of You", which was performed by the English pop band Dexys Midnight Runners. The song was actually released as a non-album single during 1986, reaching No.13 in the UK singles chart.

Brush Strokes Cast - Where Are They Now?

After playing Jacko in Brush Strokes, Karl played the lead character in the BBC TV series Mulberry. There were two series (13 episodes) which originally aired between 1992 and '93.
Karl then starred as Wayne Todd (alongside Freddie Boardley, who played Fraser Hood) in the BBC comedy drama Bad Boys, which aired in 1995 and 1996.
From 2014-2016, Karl Howman played the role of Buster Briggs in 143 episodes of BBC soap Eastenders.
Karl's most recent acting role was as DS Linklater in the audio comedy podcast Barmy Dale, in the 2020 episode "Dreaming of a Quiet Christmas".
As of 2022, Karl Howman is 68-years-old. He married Clare Lightfoot in 1976, but I have been unable to find out if they are still happily married. He has two daughters, Chloe and Katy-Jo, who are both actresses.

Gary Waldhorn sadly passed away on 10th January 2022, aged 78. His last major acting role on TV was as David Horton in the BBC comedy The Vicar of Dibley. He has one son, Joshua Waldhorn, who is an actor and producer. He starred as Johnson in the 2022 sci-fi comedy short film Kitty Litter. 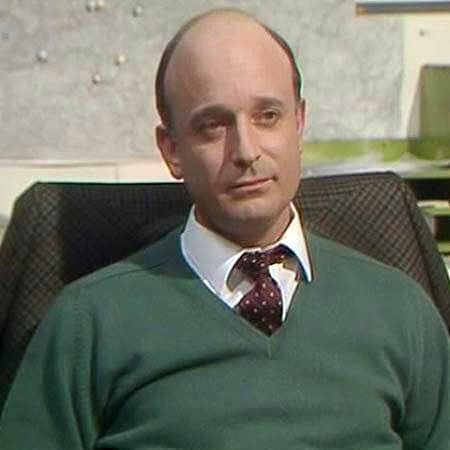 Elizabeth Counsell reached the age of 80 on 7th June 2022 and has been married to David Simeon since 1978. Amazingly, she is still working as an actress, and played Mina Harker in the 2022 American horror movie The Invitation. Also in 2022, she played Mrs Nyall in an episode of Call The Midwife. She also played Barbara in an episode of the BBC crime drama The Outlaws and Mrs. Dashwood in an episode of the period crime drama Miss Scarlett and The Duke. 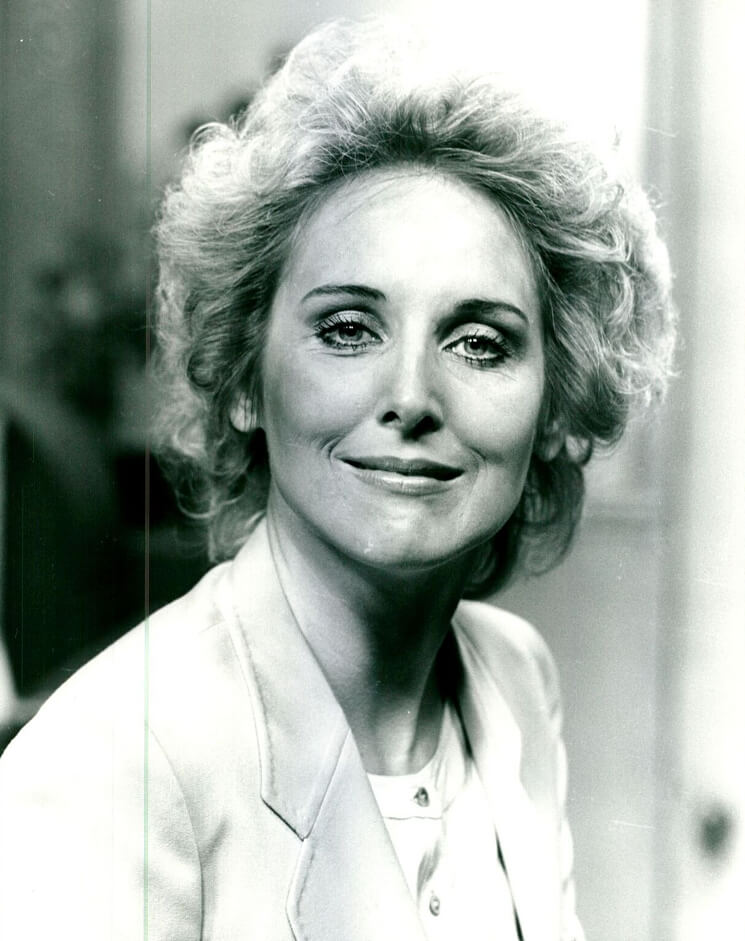 Howard Lew Lewis sadly died from dementia on 22nd Jan 2018, aged 76. His family claims he was killed by an overdose of medication administered to him by the NHS. Lewis is also known for playing Rabies in the children's TV series Maid Marion and her Merry Men, which aired from 1989 to 1994. His last known acting role was a minor one, as Knackerman #1 in the 2007 film Small Town Folk. 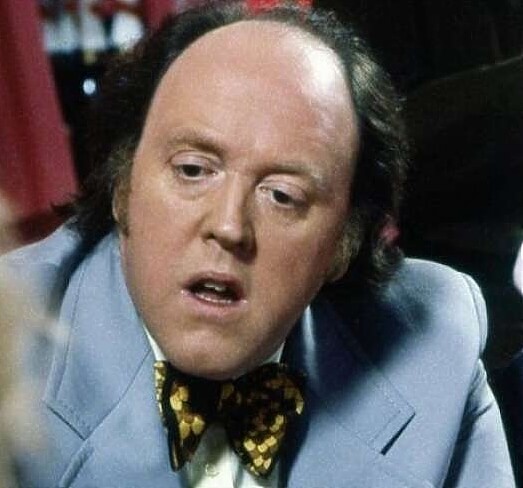 Mike Walling sadly passed away on 2nd July 2020, aged 69. Not only was he an actor, but he was also a scriptwriter. He wrote several episodes of Birds of a Feather and The Brittas Empire. His last known acting role was in series 6, episode 1 of Not Going Out in 2013, entitled "Rabbit". 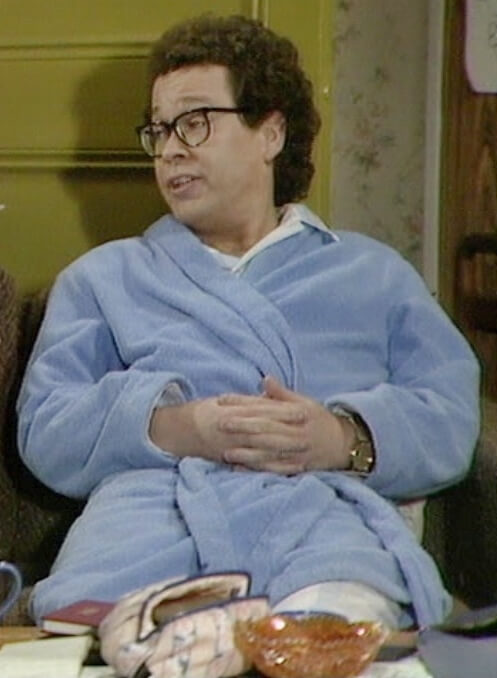 Actress Jackie Lye was 63-years-old on 25th July 2022 and she currently lives in Whitley Bay in North-East England.
During the 90s, Jackie played Angie Holdsworth in the 90s kids TV series Harry's Mad (1993-96), alongside Mike Walling who played John Holdsworth.
Jackie is still acting, and between 2020 and 2021, she was the voice of Joy Horville in several episodes of The Archers.
On September 9th 2022, Jackie starred in the play Legend at the Octagen Theatre in Bolton, UK. 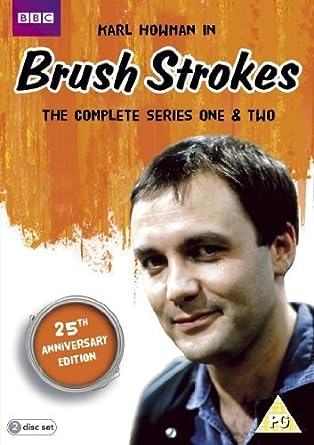