"IF YOU CAN'T STAND THE HEAT" BY BUCKS FIZZ

The seventh single by British pop group Bucks Fizz was released as the lead single from their third studio album Hand Cut. The song became the band's fifth top 10 hit in the UK.
The single was penned by Andy Hill (who was also the producer) and Ian Bairnson. The pair also wrote the tracks "Run For Your Life" (released as the next single) and "Running Out of Time", which also featured on Hand Cut. The B-side "Stepping Out" was written by Bucks Fizz.
The track received positive reviews from many critics and music press, including Record Mirror and Smash Hits. The song is interesting in that it has a light reggae groove, and also features the girls (Jay Aston and Cheryl Baker) taking over lead vocals. The track isn't as instantly infectious as their other hits, and I remember that it took a while for the chorus to get into my head. I guess I was not alone given the fact it took over two months to reach the top ten.

As mentioned, the single took a while to become a top ten hit, and initially it looked like it would become only a minor hit, entering the UK singles chart at No.53 on November 2nd 1982. The single reached No.20 on 12th Dec, but remained in this position for three weeks. However, the single started to climb again in the new year, reaching No.13 on 2nd Jan 1983, and then a peak position of No.10 on 9th Jan for one week, before falling back to No.16.

The lyrics are not about heat in a literal sense (that would have been somewhat ironic given the song was a hit in January!), but refer to a person who is devious, but then experiences karma when the tables are turned on them, a situation they can't handle, hence the title "If you can't stand the heat". 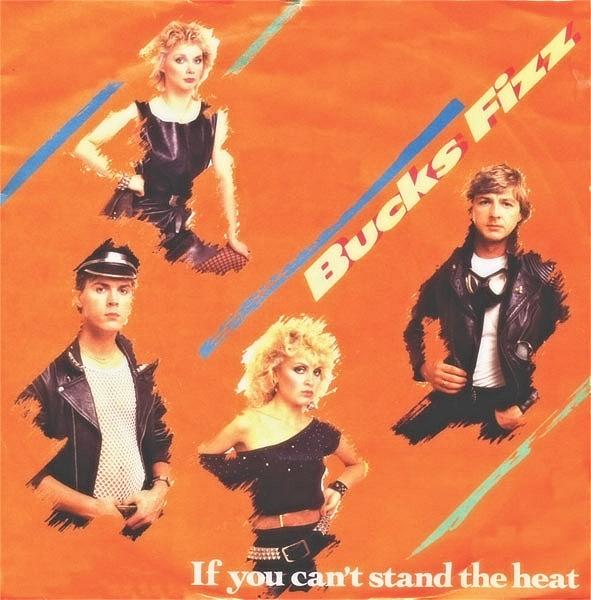 Two different sleeves were released (orange and yellow) but both featured the same imagery of the band members on the front.

The video opens with Jay Aston oversleeping. The band's manager Jill Shirley and band member Bobby G, finally wake her up several attempts, and they all run to cream-coloured a Mercedes car. She joins Cheryl Baker and Mike Nolan who are sleeping on the back seat.
In the next scene, the band are in a dance studio rehearsing their moves, before we see them rehearsing on stage. Then we see them backstage and finally performing live in front of their fan-club members. This final scene was specially filmed for the video at the Shaftesbury Theatre in London. 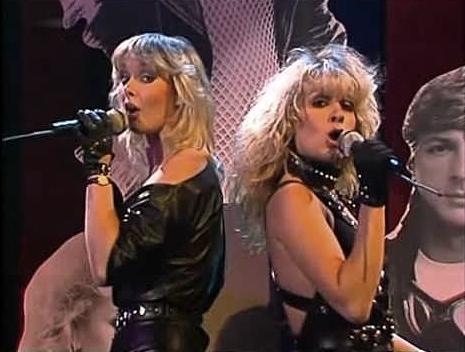 The Land of Make Believe

Lyrics for If You Can't Stand The Heat