BUCKS FIZZ "MAKING YOUR MIND UP"

We all remember this performance don't we? Yes, this is where Cheryl Baker and Jay Aston get their skirts ripped off! Unfortunately, to the disappointment of millions of red-blooded males up and down the country, just another skirt is revealed, albeit much shorter - I suppose this would have been classed as soft porn back in the 80s!
Making Your Mind Up was the debut single by Bucks Fizz and the winner of the 1981 Eurovision Song Contest. Released in March 1981, the single shot to #1 in eight countries. Bucks Fizz were no one hit wonders, though, and became one of the biggest-selling acts of the 80s, with thirteen Top 40 singles (three number ones) from six studio albums and a greatest hits album. The band's other #1 singles were The Land of Make Believe and My Camera Never Lies. I do remember that this wasn't the group's best performance of the song, and it seems that nerves got the better of one of the girl's, as her voice sounds pretty terrible. I'm still not sure why they were dressed as children's TV presenters, though? That's Eurovision I guess! 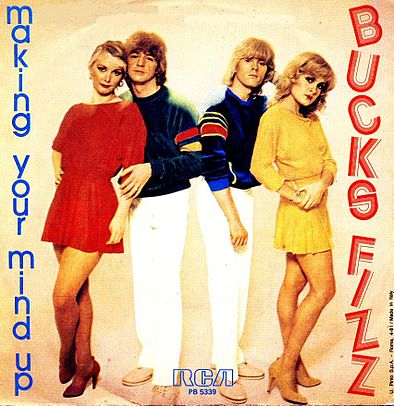 Released in May 1981, the group's follow-up single, Piece Of The Action, was also a hit, reaching #12 in the UK, although it was only a minor hit in many European countries, fairing best in Ireland where it just managed to scrape into the top ten.

The song was actually recorded before the Eurovision Song Contest and, once again, had an easy-listening pop style. RCA records were keen to release a strong follow-up to Making Your Mind Up to avoid Bucks Fizz becoming yet another one hit wonder, and it paid off.

The band's self-titled album was released on 26th July and was quite successful, peaking at #14 in the British album charts. Interestingly, as well as being released on vinyl and cassette, the album was also released on Stereo 8 (8-track cartridge), which were still popular in the UK and United States, although not so much in Europe. 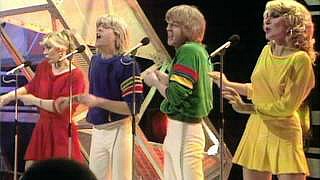 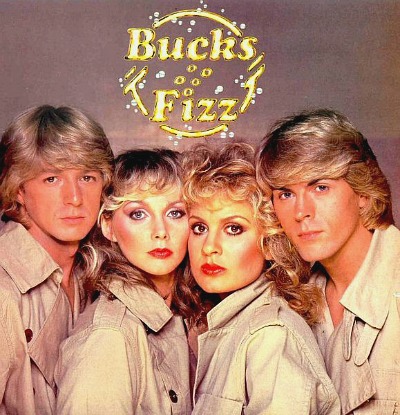 Bucks Fizz - If you Can't Stand The Heat