The Button Moon TV series was actually based on a puppet stage show which was created by Ian Allen in 1978, using items from under his sink and in his garage. The space ship itself was, quite obviously, made out of an old baked bean tin and a funnel, and proved that back in the 80s the British could get away with creating a show on the tightest of budgets, as long as the story was compelling! 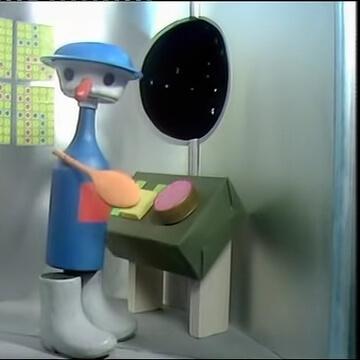 The first episode aired on ITV on 8th December 1980, with the final episode (91) airing exactly seven years later on 7th Dec 1988. Created by Thames Television, each 10 minute episode focuses on the adventures of Mr. Spoon, who lives on Junk Planet and travels to Button Moon in his hand-built rocket ship with his wife Mrs. Spoon, his daughter Tina Teaspoon, and her friend Eggbert. Each episode starts with narrator Robin Parkinson joyfully exclaiming "There's Button Moon, shining very brightly in blanket sky".
The adventures often involved meeting some very odd characters, and also Mr. Spoon watching events unfold on other planets using his telescope. During the rocket trip he would often spot something unusual like banana birds or umbrella storm clouds. I do remember an episode where it was windy and blowed the rocket around. Of course, in reality, this would never happen as there is no wind in space!

Interestingly, the theme music was composed by Peter Davison (yep, the one who played the fifth Doctor) and his then wife Sandra Dickinson, and both of them also sung the lyrics.
Other characters includes Little Bottle, Small Bottle, Captain Large, Ragdoll, Vacuum Cleaner, Freddie Teddy, Benny Bin, Thunder, Brew, Brew's Mum, and Betty Bucket.
Overall then, this was a very eccentric British kids programme which was packed with imaginative oddities, and one which kept little ones out of trouble for 10 minutes, at least! 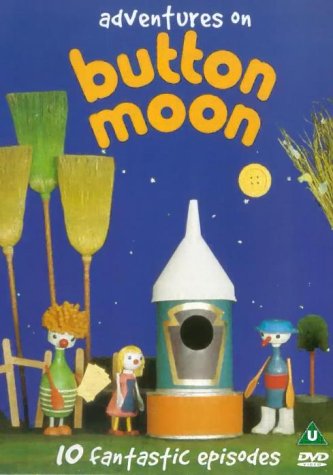 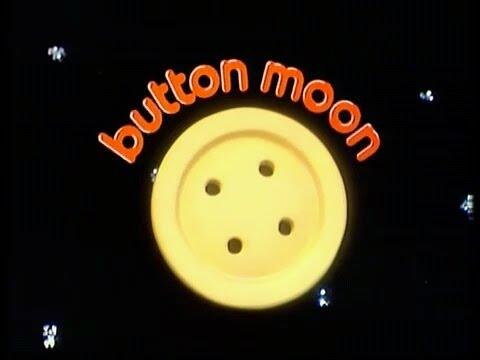 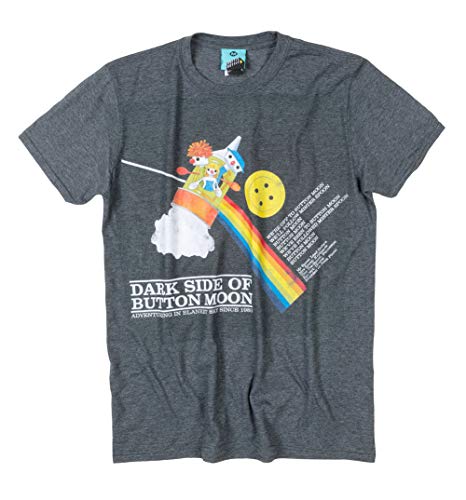 Dark Side of the Button Moon T-shirtBUY AT AMAZON