Well, I haven't heard that theme tune by Bill Conti for many a year, but it's instantly recognisable to me (and many of you visiting this page, I suspect), proving that the brain is a remarkable organ, storing away memories and just waiting for them to be rekindled once more.
The first series features a completely different theme tune and a different actress playing Cagney, but I'll come to that in a moment. I'm not entirely sure whether the first season was actually broadcast here in the UK.
The popular and influential American police drama originally aired between 1982 and 1988 for seven season (125 episodes), although the series was very slow to take off in its home country, with the first two seasons failing to make the top 30. However, in its third season, the show attracted its biggest ever audience and ranked at #10. 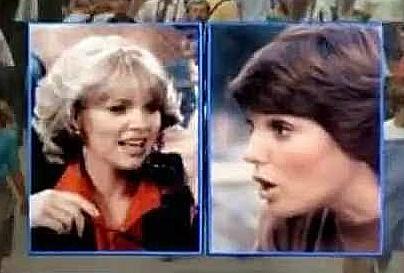 The first six episodes were shown after Magnum P.I. in the U.S., and despite a large lead-in audience, people were switching channels (or switching off) in their droves, leading to poor ratings. The series was actually cancelled, before a decision to move it to an earlier 10pm slot was made, after being convinced by to do so by producer Barney Rosenzweig and an outcry from fans. The series was cancelled yet again at the end of season two, before another outcry from viewers forcing it to be reinstated.
Cagney and Lacey premiered in March 1982, and followed the TV movie which was broadcast in October 1981. In the first season (just 6 episodes) the role of Christine Cagney, a career orientated single woman, was played by Meg Foster. In the movie it was Loretta Swit who was given the role, but she was unable take on the role in the TV series due to a binding contract with the ailing TV Series M*A*S*H, which must have been very frustrating for Swit. From series two onwards, Cagney was played by Sharon Gless.
Tyne Daly took on the role of Detective Mary Beth Lacey, a married, working mother, for the entire series.
The setting was a fictional version of Midtown South (Manhattan's 4th Precinct). The show was notable for its high quality acting, with Tyne Daly winning four "Best lead actress in a drama" Emmy Awards, and Sharon Gless also winning two of the same award.
As with just about any cop duo you could name, the personalities of the two lead characters are completely contrasting. Not only does this mean that the duo work together better as a team, but it makes for a much more interesting story. 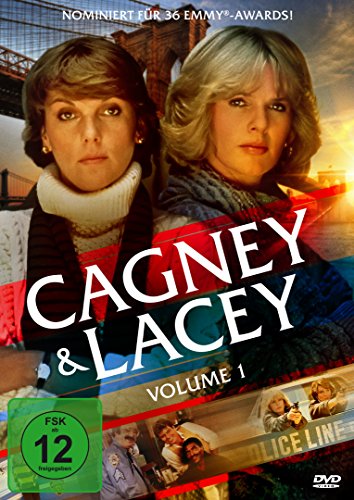 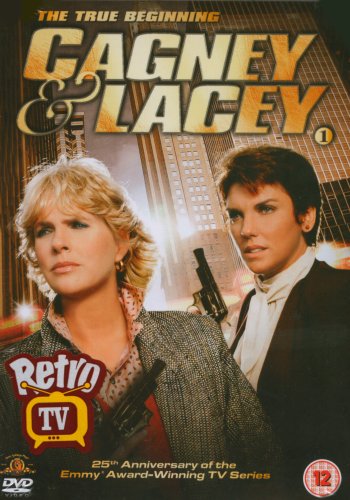 Meg Foster's portrayal of Cagney was viewed as being too aggressive by CBS, and they were also worried that she may be portrayed as a lesbian, or indeed, that the duo would be perceived as being a lesbian couple. Of course, this homophobic view would cause uproar these days, and many would be questioning why the sexual orientation of a character makes any difference to a person's role at work, be it fictional or reality.
Indeed, what was said by an anonymous CBS executive in an interview with a leading TV magazine was pretty blunt, with the words "bra burners" and "dykes" being used.
The CBS bosses wanted Sharon Gless to "feminise" the role of Cagney and make her appear to be more high class and from a wealthy background. However, one of the show's writers (Barbara Corday) and its executive producer (Barney Rozenzweig) weren't happy with this move, and wanted to keep the character as a tough, working class woman. A compromise was eventually reached, with the storyline suggesting that she has a wealthy, professional mother who had a relationship with a police officer from a working class background.
This season one DVD is marketed as "The true beginning" (it was originally season two) which was the first season in which Sharon Gless took on the role as Cagney. Gless and Tyne Daly were together for six seasons, and are the duo that fans came to love and recognise.
The pair became role models for women during the 1980s, with the characters showing their human side and the harsh realities of being female cops. Some of the stories were pretty hard-hitting, and were a world away from the testosterone-fuelled, tough guy cop shows such as Starsky and Hutch and Miami Vice. This was the first mainstream cop series to give a leading role to women, and it developed a huge female following.