This disco track can claim the rare accolade of being a 70s, 80s and 90s hit. It was originally a No.11 hit in 1978 and was released as the lead single from Chaka Khan's debut solo album Chaka. The single also reached #21 in the U.S. Hot 100.
A remixed version was released in 1989, which reached #8 in the UK and features a new drum track and house piano which became popular at the time. The song featured on the 12 track remix album Life is a Dance: The Remix Project. Two further remixes were re-released as singles, "Ain't Nobody" (with Rufus) and "I Feel For You".
In the video, we see five Chaka's dressed in five different outfits representing "every woman".
"I'm Every Woman" was penned by the husband and wife songwriting duo Ashford and Simpson and was produced by Arif Mardin. The original single edit (3:42) was 25 seconds shorter than the original album version (4:07). The remix version by Dancin' Danny D lasted for 8 minutes 24 seconds.
The song featured in the 2001 film Bridget Jones' Diary.
I mentioned that the song was also a hit in the 90s. You may remember that it was covered by Whitney Houston in 1992, and her version reached #4 in the UK.

Lyrics for I'm Every Woman 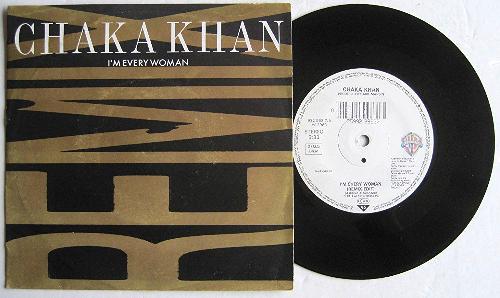 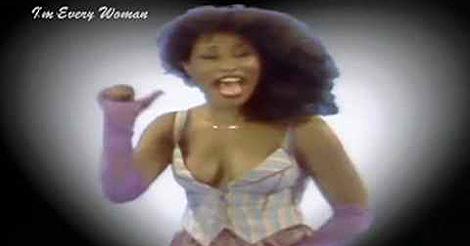